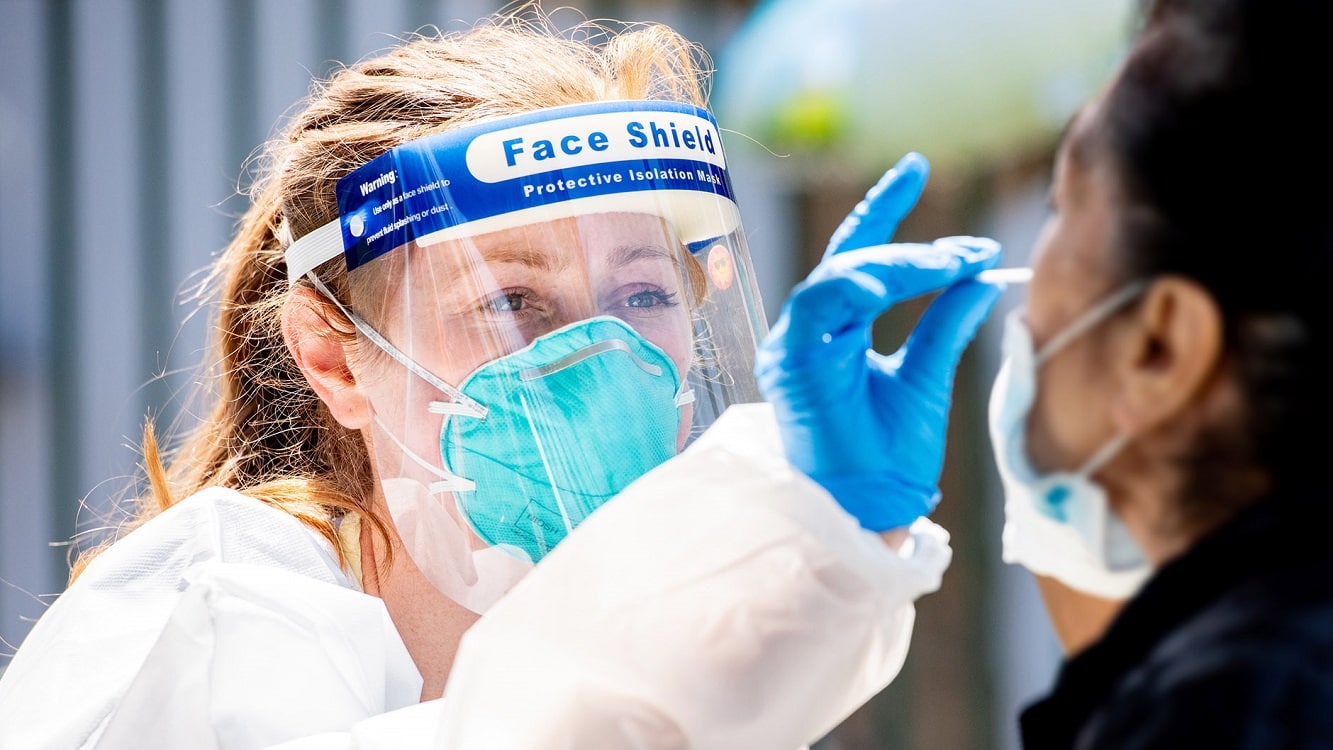 Amid the rapid spread of the new and highly mutated Omicron coronavirus variant, data compiled by the New York Times are now indicating that daily new coronavirus cases in the United States have surged past the psychologically important five hundred thousand mark.

And it appears that this is just the start of what is likely to be a difficult January and February—as the seven-day average of new daily cases is the highest seen since mid-January and is more than double the average witnessed just two weeks ago.

In an effort to contain this crippling new variant outbreak, President Joe Biden last week confirmed in a White House speech that the federal government will purchase half a billion COVID-19 rapid test kits and distribute them to Americans free of charge.

However, experts have noted—despite the high public demand for the tests—that it will likely be several more weeks, perhaps sometime in January, before the test kits will be shipped to homes.

According to White House Press Secretary Jen Psaki, per The Associated Press, those who want the test kits will eventually have to go to a new government website to request one. However, that site won’t be up and running until after the first batch of test kits have been delivered.

“People will go to a website—which, again, we will put out there in January when the information is available—and they will be able to request free tests,” Psaki noted a briefing.

“We’re obviously not going to put the website up until there are tests available,” she added.

It is, though, still not clear how the test kits will be shipped to homes or whether there will be limits on how many test kits each household can order.

Moreover, Biden in his speech noted that starting in January, private insurers will cover the cost of at-home testing. Thus, it appears that Americans will have the option of purchasing tests at a store or online and then seeking reimbursement from their respective insurance providers.

In an interview with ABC News last week, Biden admitted that he wished he thought about ordering the five hundred million COVID tests two months ago.

“I’ve ordered half a billion of the … test kits that are going to be available to be sent to every home in America if anybody wants them,” he said.

“But the answer is, yeah, I wish I had thought about ordering a half a billion (tests) two months ago, before COVID hit here,” he continued.

According to a seven-day average of data compiled by Johns Hopkins University, the United States is conducting roughly 1.6 million daily tests. That figure peaked at nearly 1.9 million on January 15 of this year.