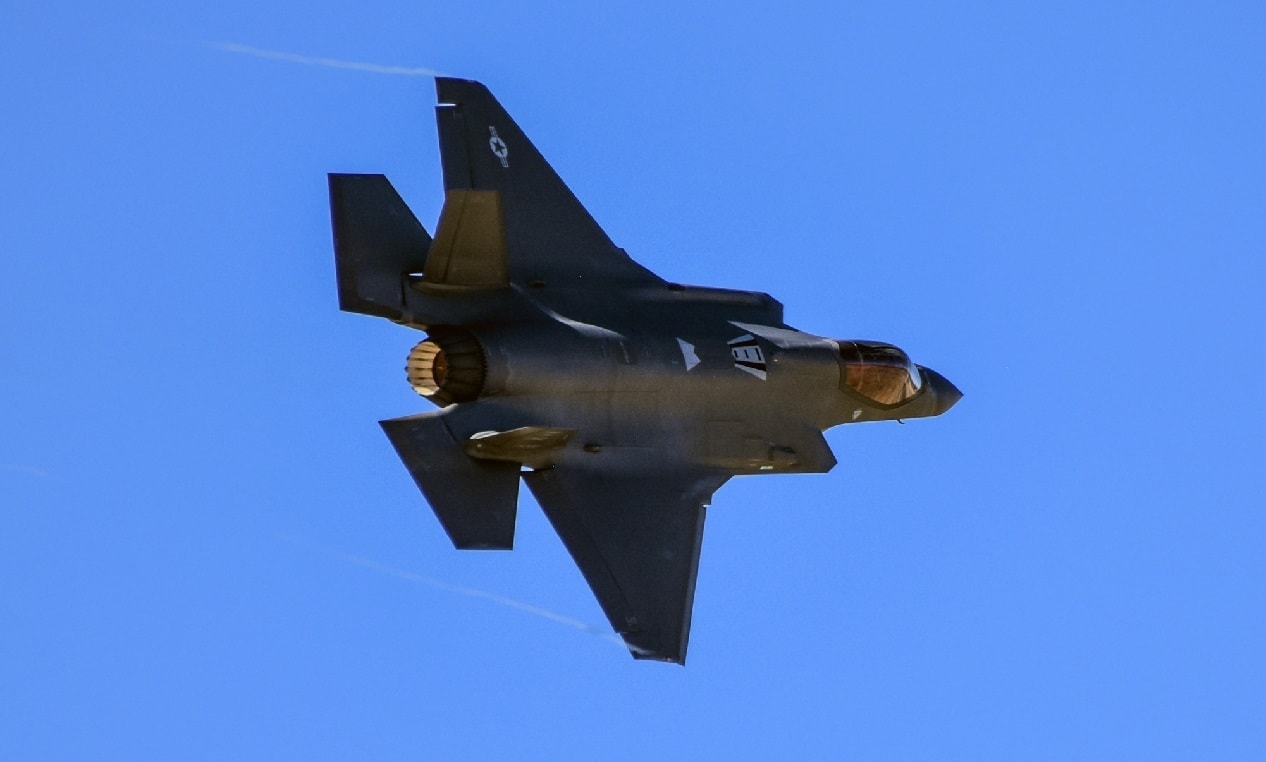 Second to None: F-35 Shows Off Power, Beauty at Thunder, and Lightning Over Arizona – For many aviation experts and enthusiasts, the famed F-35 fighter is considered to be the most lethal and versatile military aircraft of the modern era.

And is usually the case when it participates in an air show, this next-generation plane often takes center stage whenever it takes to the skies.

Case in point: the Thunder and Lightning Over Arizona held in early November. Daniel Patrascu at Auto Evolution notes that “as one of the largest air shows in the United States, the Thunder and Lightning Over Arizona draws some of the most spectacular aerial machines in the world over to the Davis-Monthan Air Force Base, where they are allowed to make a spectacle of themselves for the delight of the crowds.”

“Over the years, the great names of the U.S. Air Force and other military branches have been present in the air there, but also carmakers, who’ve always had the opportunity to show off their best products on the ground. … And the best spectacle takes place in the sky, where machines fielded by the USAF Thunderbirds or the F-35 Demo Team, among others, show their prowess,” he continues.

Patrascu also pointed out that an amazing pic was taken by Senior Airman Kaitlyn Ergish at the air show, which can be seen above.

“It shows the perfectly sculpted silhouette of the F-35A Lightning II flown by the plane’s demo team commander, Maj. Kristin Wolfe, as the only spec of darkness in an otherwise perfectly blue sky,” he writes.

“We’ve seen this airplane-pilot duo several times before, performing all sorts if incredible stunts all across North America. This time, we’re getting a perfect view of the machine’s upper side, with everything perfectly visible and distinguishable, from the nose and canopy to the rear wings and afterburner,” he adds.

Just last week, the aircraft again made headlines when the U.S. Air Force announced that the first F-35 fighters to be stationed in Europe finally landed at their new home in England at RAF Lakenheath.

According to defense writer Jennifer Svan at Stars and Stripes, the four planes—fresh off the Lockheed Martin production line in Fort Worth, Texas—were part of the initial delivery to the fighter base in Suffolk, per U.S. Air Forces in Europe–Air Forces Africa.

The squadron will eventually boast a total of twenty-four aircraft, which will be delivered to RAF Lakenheath in phases, according to USAFE-AFAFRICA officials. There will also be two F-35A squadrons.

It was also reported by Military.com that the North Atlantic Treaty Organization (NATO) is eyeing an even larger presence of F-35s on the continent. Air Force Gen. Tod Wolters, who leads the U.S. European Command and is NATO’s supreme allied commander for Europe, confirmed that the coalition will continue to build up its F-35 fighter capability—perhaps with more than four hundred F-35s—in the coming decades.