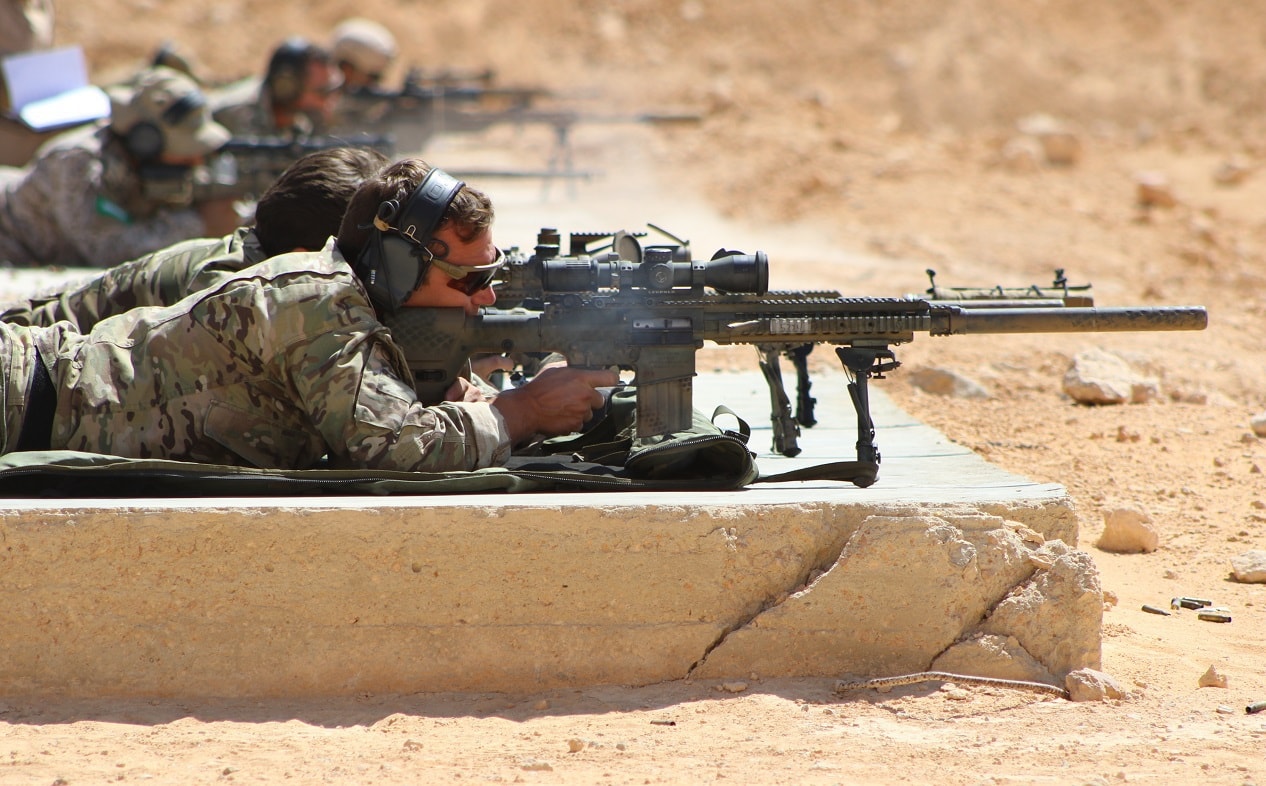 Top 3 US Army Sniper Rifles: While the stand-off fight against near-peer competitors will involve over-the-horizon capabilities with missiles, the individual American sniper is also a powerful asset in ground warfare stand-off combat. The U.S. Army has three sniper rifles they favor and wouldn’t leave behind: the M24, the Mk-22, and the M110.

M24 Has a Colorful History

No Army sniper would earn his spurs without firing the M24 at some point during his career.

The M24 is a great all-around rifle. It’s based on the 57-year-old Remington Model 700 that civilian hunters and target shooters know well. Four million Model 700s have been sold over the years. The M24 has been in the hands of Army snipers since 1988.

The M24 chambers the 7.62x51mm NATO cartridge. The free-floating barrel measures 24-inches. The barrel has increased velocity and resists heat build-up. The rifle is topped off with a potent Leupold Mark IV 10x scope and a bipod.

The bolt-action M24 is center-fired with a five-round magazine. Bolt-action rifles usually do not jam, misfeed, or malfunction like semi-automatic rifles can. The rifle weighs 15-pounds when loaded. The M24 has a range of 800 meters.

Barrett Mk-22 Is the Most Versatile for Multi-Mission Success

Next up on the Army sniper hit list is the Barrett MRAD Mk-22. Well-liked Barrett won the Army $49.9 million five-year contract to build 2,800 rifles earlier this year.

MRAD stands for Multi-Role Adaptive Design which explains how it can be used for different missions. This is the latest Army sniper weapon.

The Mk-22 modular system has three calibers: 7.62 x 51mm NATO, .300 Norma Magnum, and .338 Norma Magnum. These are good for a range of over 1,000 meters. Users can swap out three different barrels and bolts and it has a large suppressor to better hide the sniper after he fires. There is also a full-length M1913 Picatinny top rail.

The Mk-22 has low-weight fluted barrels that make it slightly more manageable to carry compared to the M24. It features a folding stock for better portability. And it has different adjustable points such as the cheek-rest which fits different arm lengths. This adjustability and compact size are great for soldiers who jump out of airplanes for a living. 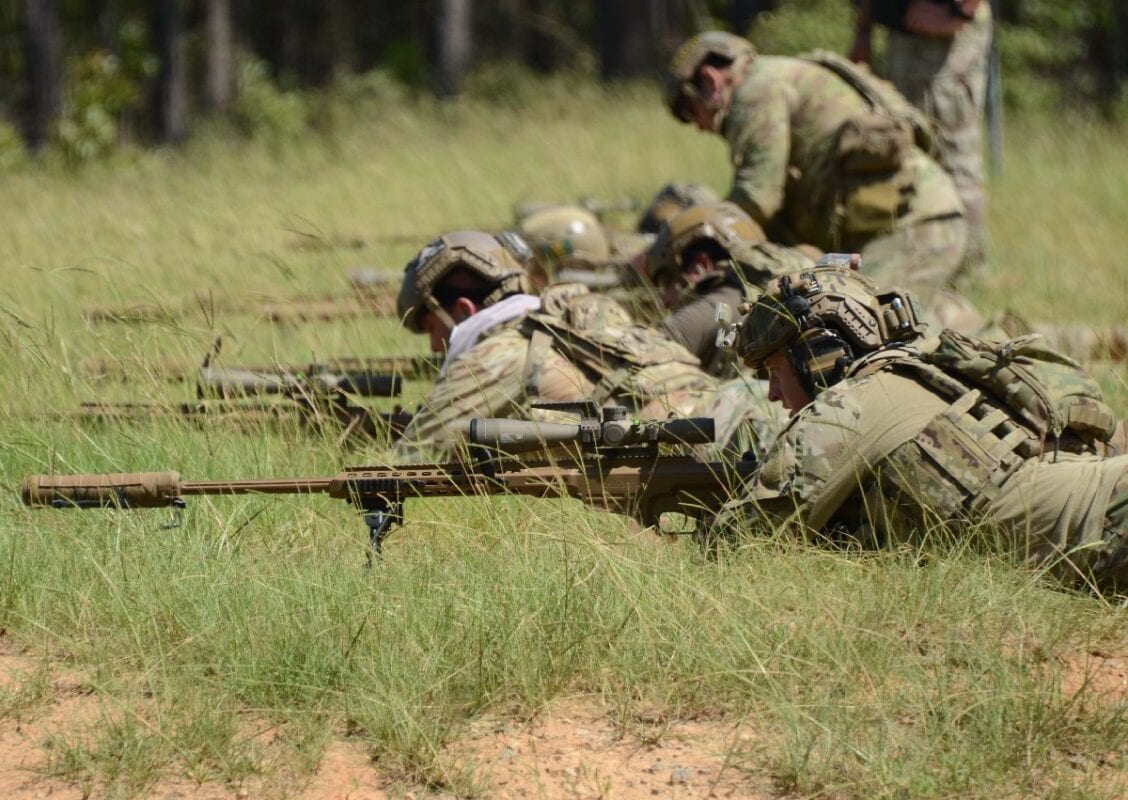 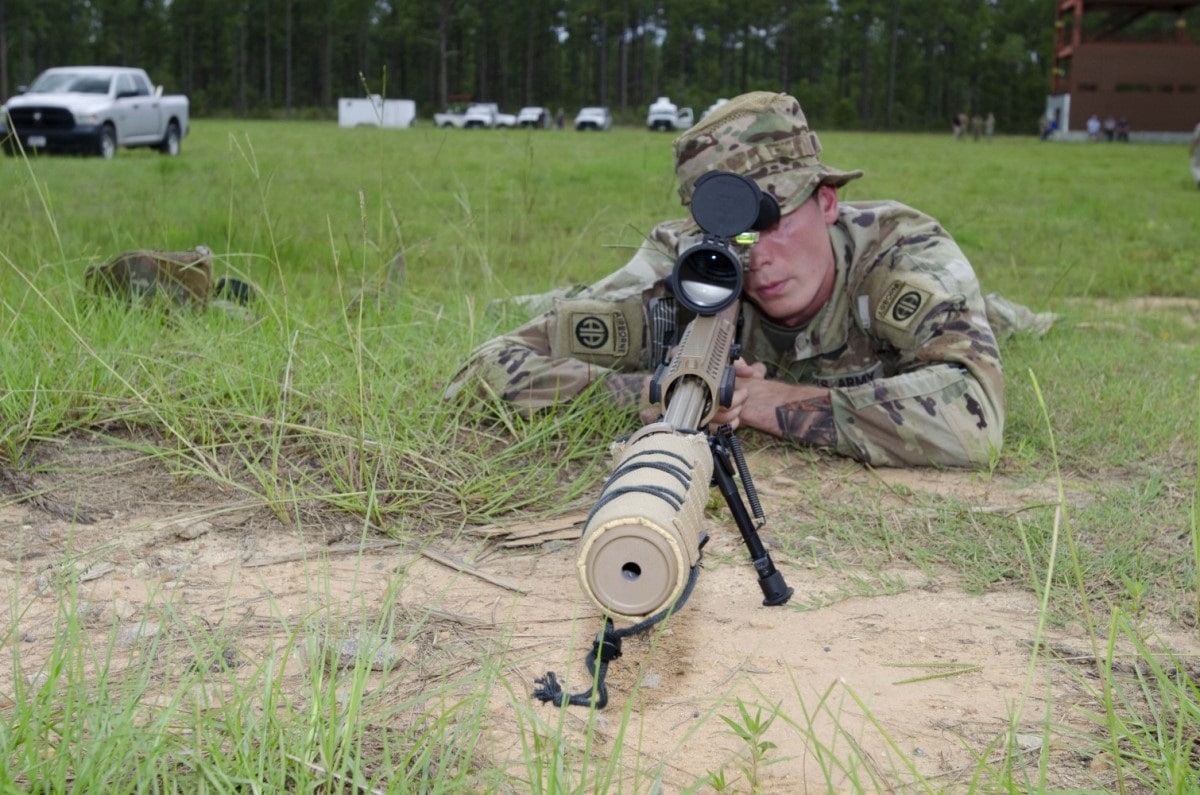 The M110 is semi-automatic so snipers can send many rounds down-range with quicker follow-on shots. The maximum effective range can go up to 1,000 meters. The suppressor offers more concealment for shooters. The barrel is only 20-inches long – a little longer than the M24 – although both rifles are of similar weight.

It usually has the variable-power Leupold Mk4 3.5-10x40mm scope with easy-to-control knobs and illuminated reticle. There is an optional night-vision sight as well. The M110 has a full rail to enable sights to be switched out.

Since it is similar to the M16 and M4, regular infantry units can designate a marksman to be outfitted with the M110. This gives a unit better range than the carbine. 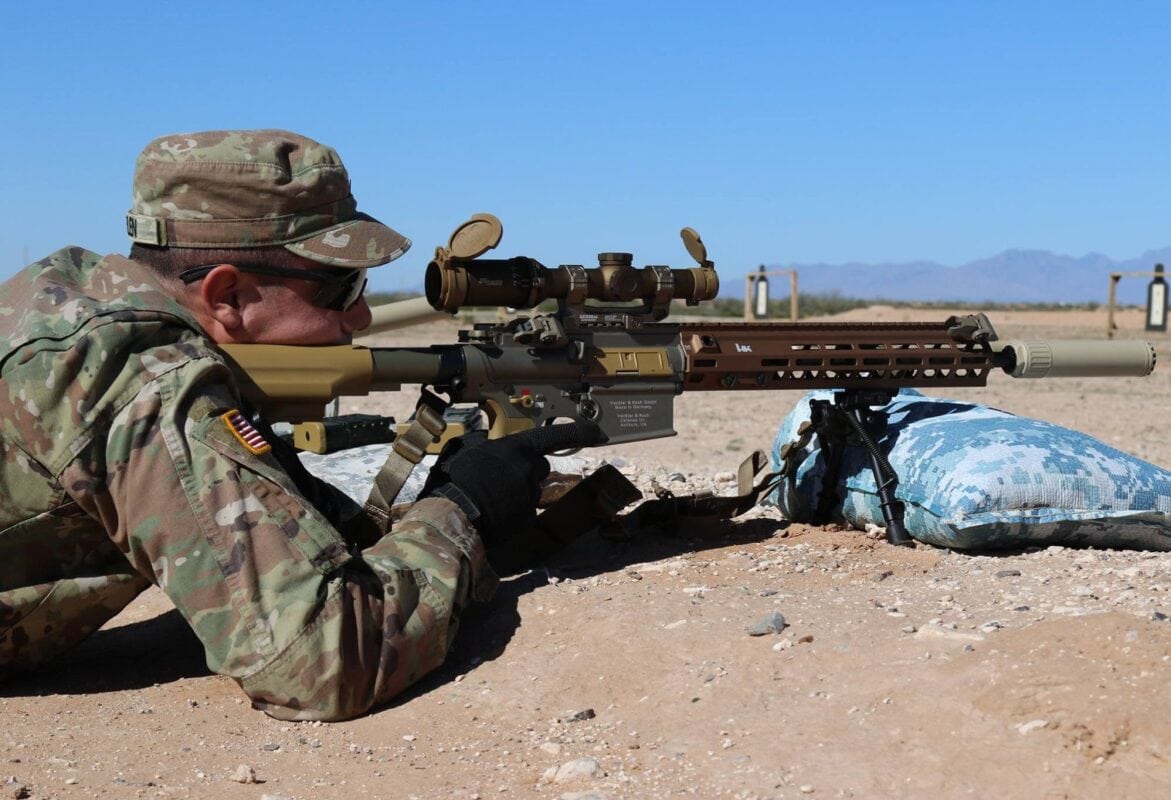 Which Is The Best US Army Sniper Rifle?

While these rifles are ranked one to three in this article, it’s really difficult for me to choose which one is the Army sniper’s top choice. The M24 is the most tried and true with the best overall reliability and record-setting shots. The Mk-22 is made by Barrett, which is becoming a stronger sniper-rifle manufacturer each year it is in business. The M110’s familiar design makes it easy to train new users. You really can’t go wrong when choosing among the three.