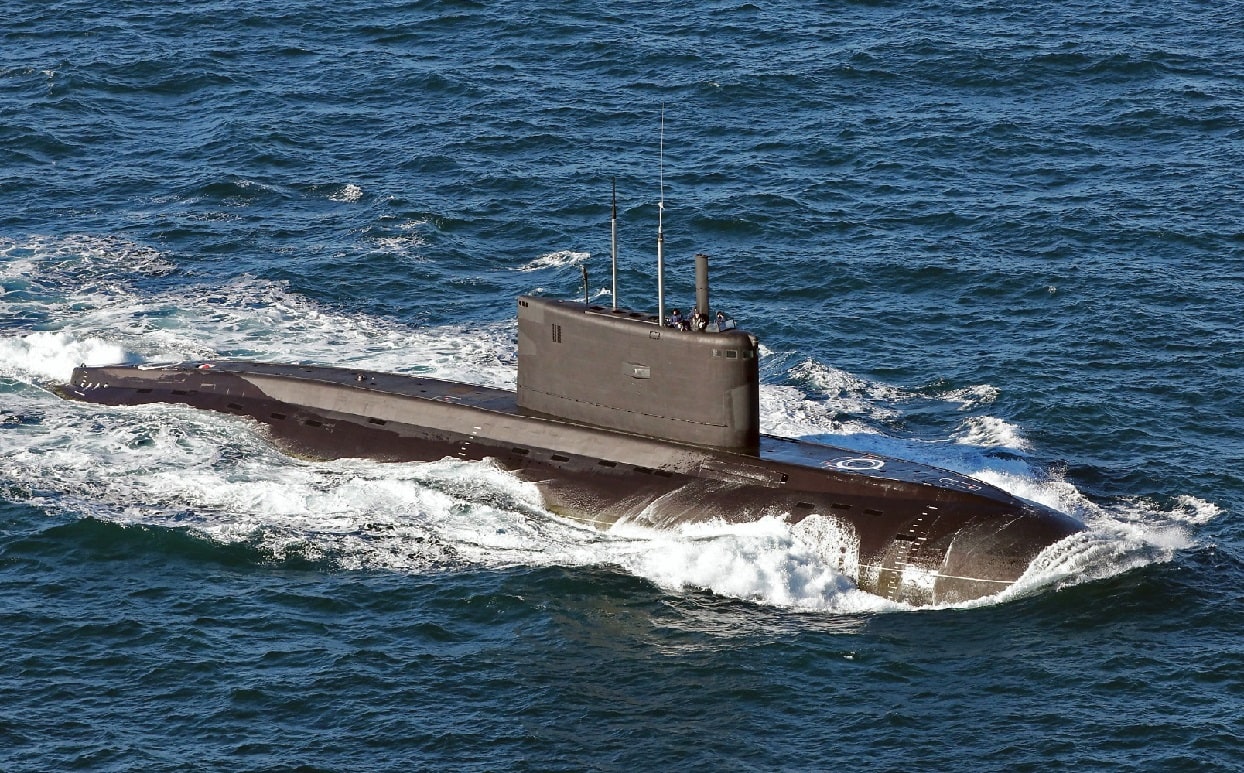 The Kilo-class Submarine, Explained in 2 Minutes: Know colloquially as the “Black Holes” by some in the U.S. Navy, the Improved-Kilo-class of submarines are quite deadly — and could turn the balance of power in the South China Sea in China’s favor.

Small and compact, the Kilo- and Improved-Kilo-Class subs are meant for operations in shallower, coastal waters, and are tasked with anti-ship and anti-submarine warfare. In contrast to the direction of American submarine development, Kilo-class submarines are diesel-electric, rather than nuclear powered, and very, very quiet.

The original Kilo-class is a product of the Soviet Union, having first entered service with the Soviet Navy forty years ago — in 1980.

The so-called Improved-Kilo-Class (also known as the project 636.3 Kilo-class) is “an improved variant of the original Project 877 Kilo-class design. The updated version is slightly longer in length — the sub’s submerged displacement is around 4,000 tons — and features improved engines, an improved combat system, as well as new noise reduction technology.”

While both the Kilo- and Improved-Kilo-Class are quiet, the latter has reportedly been called “Black Holes” by the U.S. Navy due to their noise-reduction measures.

The diesel engines sit on a rubber base rather than being rooted to the hull. This dampens and absorbs vibrations caused by the running of the engine. These subs are known for “their quietness and feature some of Russia’s most advanced submarine technology.”

Apparently the submarines also have a rubberized, sound-absorbent coating on the inside, which deadens noises originated from inside the sub, such as the engines, talking, or walking.

They’re also no slouch when it comes to endurance or armament either. Both submarines have a compliment of 52, with a maximum dive depth of 300 meters — not very deep, but also not necessary near coastal waters.

Their operational range is roughly 6,000 to 7,500 kilometers, and speed is roughly 17 knots, or nearly twenty miles per hour.

Both classes can fire standard 533-millimeter torpedos, but the Improved-Kilo can also fire Kaliber cruise missiles — optimal for a localized conflict.

Both the original Kilo-class as well as the Improved-Kilo-class have seen a moderate amount of success exported worldwide, most notably to several countries that have an interest in the South China Sea — Vietnam and China among them.

In the event of a conflict in the South China Sea, the United States, which has tended to favor larger, less maneuverable nuclear-powered subs, maybe at a distinct disadvantage against a smaller, quieter, and more maneuverable enemy.