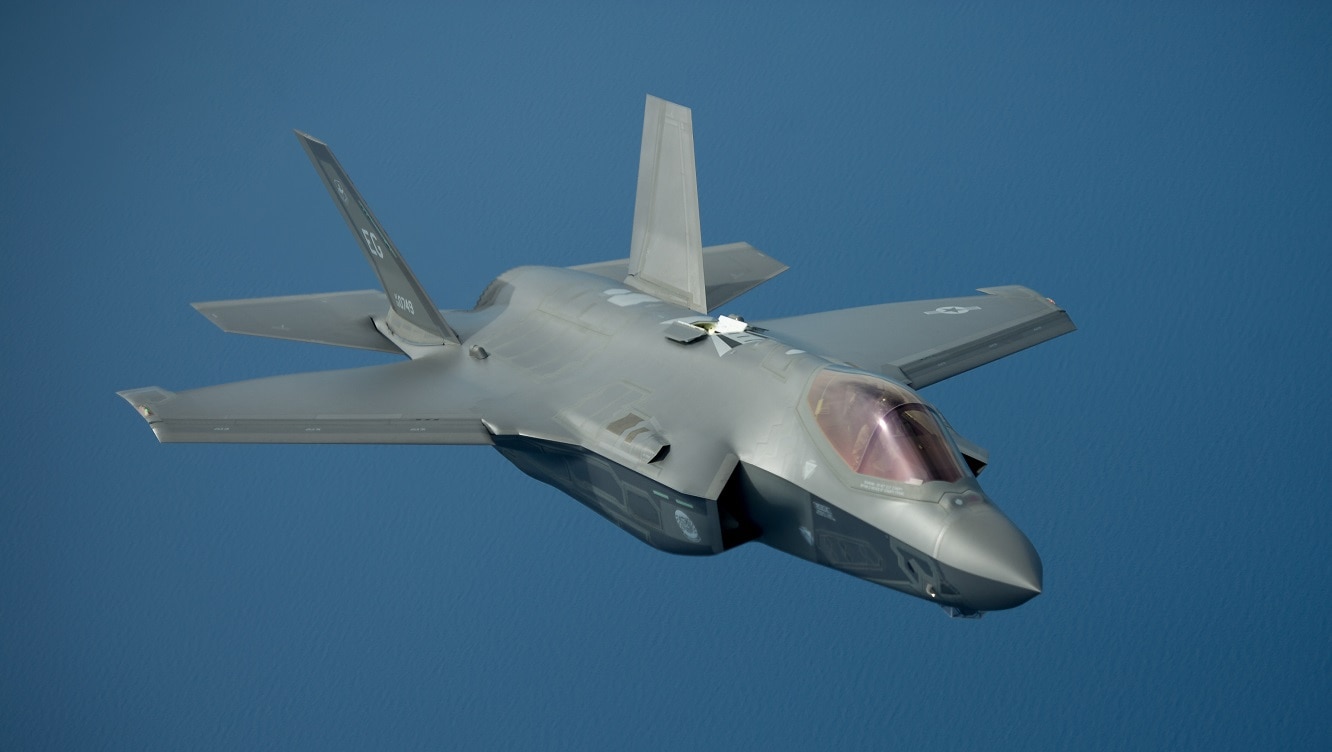 As tensions with Russia over Ukraine continue to simmer, the first U.S. F-35 stealth fighter jets arrived in Europe.

On December 15, the first American F-35As that will be forward-deployed in Europe arrived at Royal Air Force Lakenheath in the United Kingdom.

Royal Air Force Lakenheath is now the first base in U.S. Air Forces in Europe to operate the 5th generation stealth fighter jet.

The F-35A aircraft are assigned to the 495th Fighter Squadron, nicknamed the “Valkyries.” The squadron was reactivated on October 21, 2021, after 30 years in naphthalene. Before its deactivation in 1991, the unit flew the F-111F Aardvark.

“Our coalition forces train and fight in the most dynamic theater, requiring the most advanced platforms. The Valkyries are leading our F-35 integration across Europe. We’ve come a long way, and now we’re extending our reach as a coalition force and what we will accomplish together,” General Jeff Harrigian, the commanding officer of U.S. Air Forces in Europe – Air Forces Africa, said in a press release.

The “Valkyries” will be a squadron of 24 F-35As, but the aircraft won’t be delivered all at once; the Air Force hasn’t provided an exact timetable. Eventually, the Pentagon plans to base an additional F-35A squadron at Royal Air Force Lakenheath.

“‘Valkyries’ epitomizes the force’s move toward more inclusivity and equally represents the fifth-generation stealth fighter’s air superiority. Like the Valkyries themselves, we’ll be vital to determining the fate of our adversaries in the battlespace,” Lieutenant Colonel Ian McLaughlin, the commanding officer of the 495th Fighter Squadron, stated.

The forward basing of the F-35s in the U.K. is a result of a major force posture adjustment that the Pentagon started six years ago. The staging of the 495th Fighter Squadron in the U.K. was announced in 2015.

The Air Force selected the Royal Air Force Lakenheath base to stage its Europe forward-deployed F-35s because of several factors, including existing infrastructure, previous combat operational deployments, and the abundant opportunities for combined training events with the Royal Air Force and Royal Navy, both of which operate now or in the future, different versions of the F-35.

“The amount of support we received, and continue to receive, from the community both here and back home has been overwhelming and highly appreciated,” Colonel Jason Camilletti, the commanding officer of the 48th Fighter Wing, said.

As an agile, multirole fighter jet, the F-35A brings stealth, sensory fusion, and situational awareness on the battlefield, making it a force multiplier by enabling older generation aircraft to hit targets that they wouldn’t normally be able to.

At $1.7 trillion, the F-35 Joint Strike Fighter is the most expensive fighter jet in history. But as a 5th generation stealth aircraft, the F-35 brings a lot to the table.

Today, 15 countries are flying or intend to operate the aircraft (the U.S., U.K., Australia, Canada, Japan, Israel, Italy, Norway, Denmark, Poland, Singapore, Belgium, South Korea, Netherlands, and Finland). By 2035, there will be more than 500 F-35s in Europe alone, the devasting majority of which are in the hands of NATO pilots, tipping the air scale with Russia.