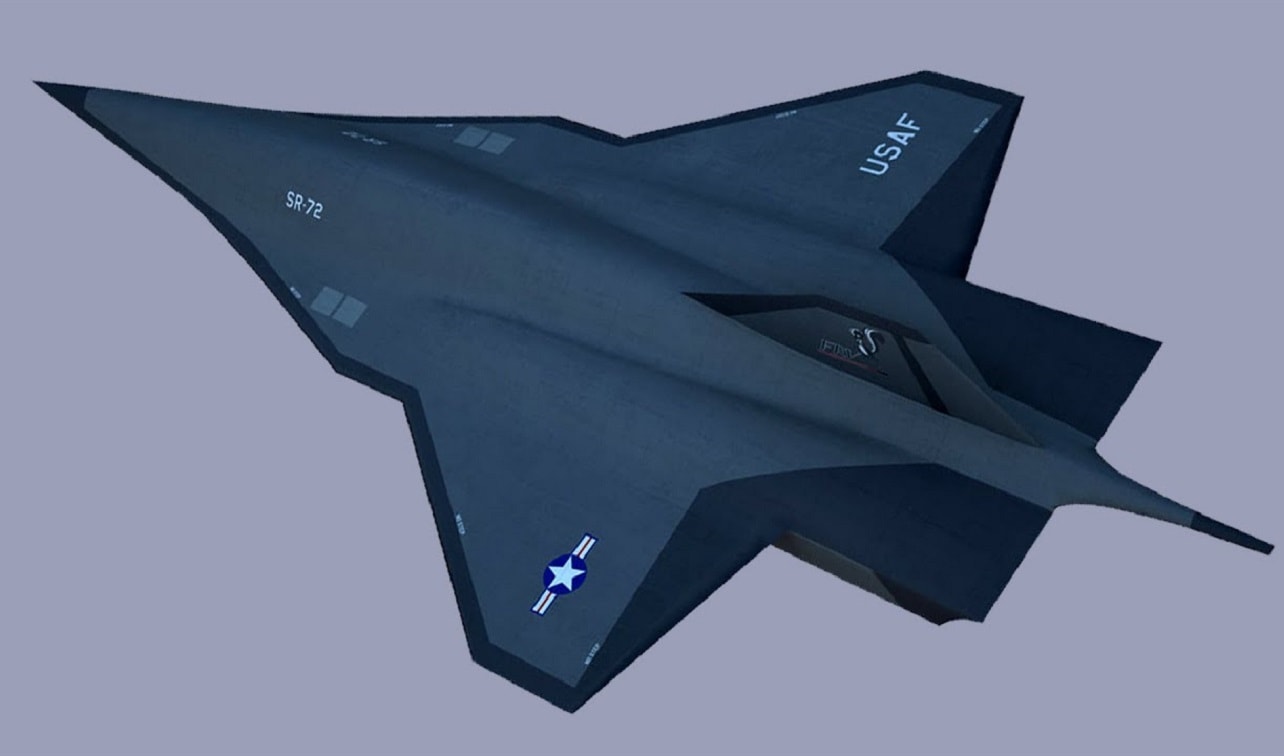 SR-72, What We Know: In the late 1990s, the SR-71 Blackbird — the world’s fastest, highest-flying plane ever — was retired. Perhaps preemptively. Nonetheless, there has been a steady stream of reports that an SR-72 is in the works. Here is what we can tell you at the moment.

Although satellite reconnaissance has largely overtaken the role of spy planes, they are not always a perfect solution, particularly when intelligence information is needed very quickly. Satellites can take up to 24 hours to get into the correct place in their orbit, which is considerably slower than the SR-71 Blackbird, which can make LA to D.C. in just over an hour.

The other drawback to satellites is their potentially vulnerable to attack. Since they travel in relatively predictable orbits, countries hostile to a satellite can potentially track their flight path and bring them down in the event of war with the manufacturing country — a crucial vulnerability.

While Unmanned Aerial Vehicles have been used extensively for reconnaissance, they are not necessarily very fast, and unless effectively stealthy, they are very vulnerable to attack.

Never fear, Lockheed Martin’s Skunk Works has an answer — and it’s twice as fast as the SR-71.

Much of what is known, or thought to know, about the SR-72 platform is speculative in nature. It’s likely that the SR-72 would be capable of hypersonic speeds — that is, Mach 5 and above.

While the SR-71 was a beast to prepare for launch (it required a Cape Canaveral-like countdown), the SR-72 successor will likely require considerably less pre-launch support to get it into the air.

The SR-72 program was mentioned by Orland Carvalho, the Executive Vice President of Aeronautics at Lockheed Martin during an aerospace exhibition in Fort Worth.

“Although I can’t go into specifics, let us just say the Skunk Works team in Palmdale, California, is doubling down on our commitment to speed.” He continued, saying “hypersonics is like stealth. It is a disruptive technology and will enable various platforms to operate at two to three times the speed of the Blackbird… Security classification guidance will only allow us to say the speed is greater than Mach 5.” Well within the hypersonic speed range.

Although not much is known about the Blackbird successor, Lockheed Martin press releases indicate that the airframe would use elements of both a scramjet and turbine engine to achieve Mach 5+ speeds. The SR-72 will apparently be roughly the same size as the SR-71 and could fly around sometime in the late 2020s.

If anything about the SR-71 program can be gleaned, it is that the existence of the SR-72 will likely be unacknowledged for some time after it is operational. For all we know, the SR-72 could already be in the air.