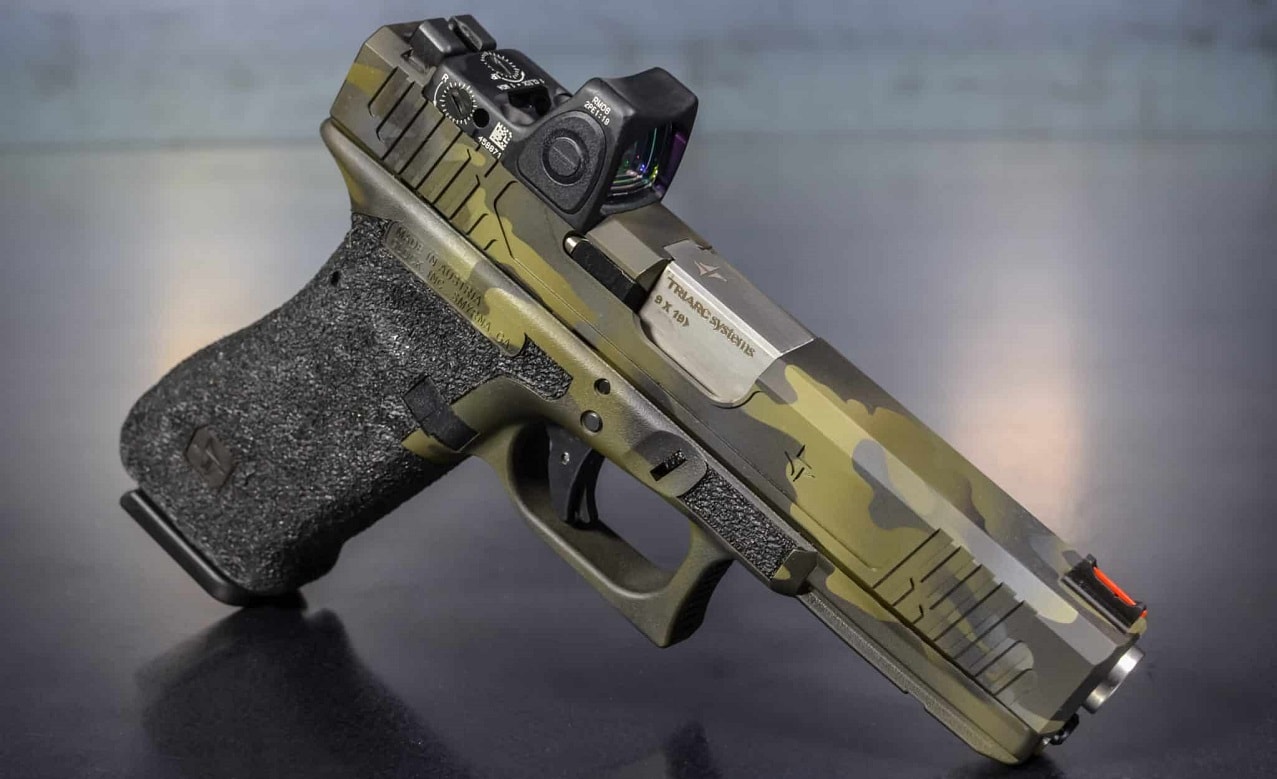 While many nations have routinely adopted small arms developed in other nations, the French have always been fiercely independent – and France was among the few nations of Europe not to employ a Maxim machine gun at the outbreak of the First World War.

That trend in domestically-produced infantry weapons largely continued through the Cold War era, but military leaders in Paris have come around in recent years. In 2017, the French Armed Forces replaced the iconic but dated FAMAS assault rifle with the German-made HK 416, and a year ago France announced that it chose the Austrian-produced fifth-generation Glock 17  (G17 Gen5) to replace its antiquated MAC (Manufacture d’armes de Châtellerault) 50s and PAMAS G1s as the French Army’s primary sidearm.

The MAC 50 had been introduced in the 1950s, whilst the PAMAS G1 was developed from the Italian-produced Beretta 92F. The latter was plagued by design flaws, notably a slide that was reported to fail after 6,000 shots. As a result, the French military pushed forward with a replacement – and went for a firearm that has been proven since it was first introduced in the 1980s.

Last January, GLOCK Ges.m.b.H announced that it had been awarded a contract by the French Armament General Directorate (Direction générale de l’armement – DGA) to re-equip the entire French Army with its new G17 Gen5 and multiple accessories, as their standard handgun.

“This award follows several Armies in Europe and throughout the World,” said Richard Flür, international sales director at Glock via a statement. “The importance of the program is underlined by the fact that it will equip all French troops both regular but also special operations with Glock pistols. We are very proud and honored to deliver our high-quality Safe Action pistols, as well as excellent and reliable accessories to the French military.”

The three-year contract was for 75,000 pistols, along with holsters, magazine pouches, suppressors, several types of ammunition, and protective cases.

The G17 underwent stringent testing by the French STAT (Section Technique de l’Armée de Terre), and that included an expected lifetime test of 26,350 rounds. The G17 handguns that will be adopted by the French Army will feature a coyote frame with a black slide and front serrations, luminescent U-shaped sights, and extended slide lock.

The French Army will reportedly receive about eighty percent of the new handguns, while the French Air Force and Navy will split the balance.

“The key factors that led the Ministry of the Armed Forces to accept this offer are the reliability and robustness demonstrated during the tests, essential qualities for military equipment intended to be used in the event of rapid action and the need for self-protection,” the French Armaments Directorate said in a statement.

It isn’t just the French military that has opted to go with the Glocks. In 2013, the British Armed Forces also began to adopt the Glock 17 as a replacement for the decades-old Browning Hi-Power.

Peter Suciu is a Michigan-based writer who has contributed to more than four dozen magazines, newspapers and websites. He regularly writes about military small arms, and is the author of several books on military headgear including A Gallery of Military Headdress, which is available on Amazon.com. He is a contributing writer for Forbes as well.