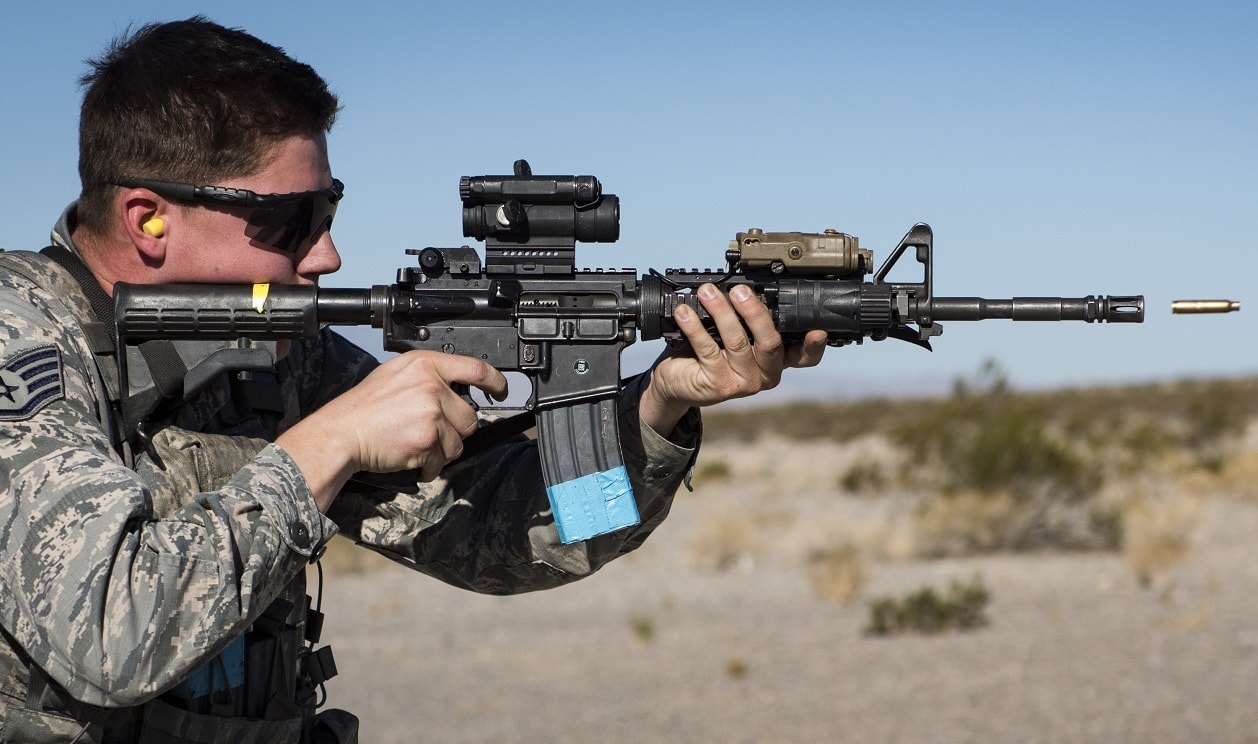 Is it possible for a photograph to capture brass leaving a rifle, in this case, an M4 Carbine, in mid-air? It might seem like it’s not, but a recently published photo proved doubters wrong.

According to Task and Purpose, the photo was taken in 2018 and began making the rounds soon after on Instagram. The unusual image has led many to conclude that the photo was photoshopped, or otherwise not genuine.

The photo, it turns out, is real.

Task and Purpose acknowledges that the photo looks fake and that because the spent brass M4 rifles typically ejects “to the right and rear of the shooter” instead of straight ahead, the positioning in the photo is “weird as hell.”

The photographer who took the picture, Airman 1st Class Andrew Sarver, told the site what happened.

“The M4 we were using had been ejecting brass forward (at about a 2-3 o’clock position) throughout the entire exercise,” the photographer told the site. “From what I’ve been told, the M4 can sometimes do that when there is too much gas pressure. I just had great timing with capturing the shell at the exact rotation and elevation with the barrel!”

The site also spoke to the man in the photograph, Staff Sgt. Gluyas.

“The photo is definitely real, the timing was just impeccable,” Staff Sgt.  Gluyas, told Task and Purpose.  “Some people were trying to say I shot the casing out of the barrel or we photoshopped it to make it look like that but that was definitely not the case.”

Task and Purpose added that while the ejections going in that direction are somewhat rare, usually because of either “brass hitting the brass deflector, or more often than not, too much gas.”

Staff Sgt. Gluyas has appeared in media coverage occasionally in relation to his work as a dog handler.

The most recent photo released by Nellis Air Force base is of a concert by the Lt. Dan Band, which took place at the base on November 5. The Lt. Dan Band is led by actor Gary Sinise, and named for his character in the movie Forrest Gump. The concert on November 5 was the band’s first since the start of the COVID-19 pandemic.