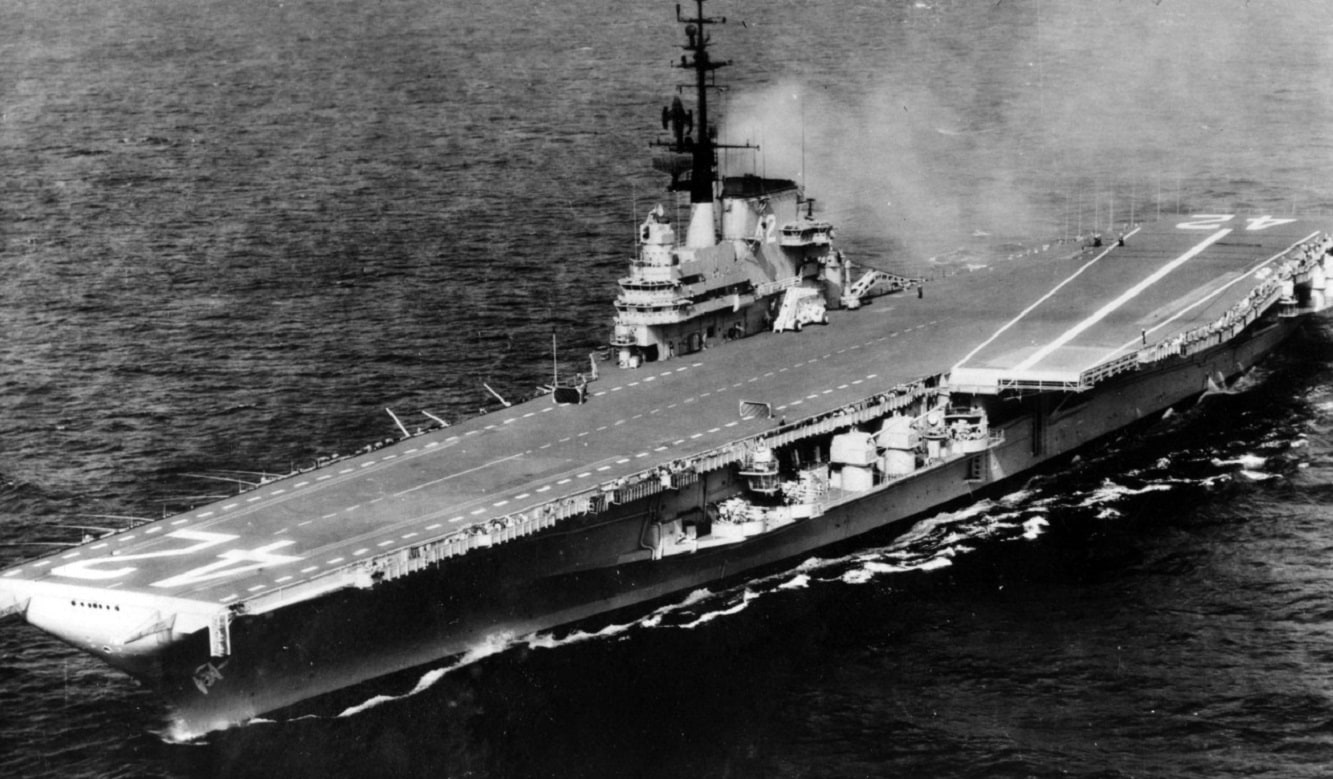 Aircraft Carrier USS Franklin D. Roosevelt Could Carry A Lot of Planes: For decades, aircraft carriers have done a wonderful job of projecting a naval force’s air and sea power to the world.

According to acclaimed defense journalist Dario Leone at the Aviation Geek Club, these ships are “equipped with a full-length flight deck and facilities for carrying, arming, deploying, and recovering aircraft, the aircraft carrier is a true seagoing air base.”

There’s no question that carriers have evolved considerably since being first constructed in the early twentieth century, a time when “wooden vessels (were) used to deploy balloons to nuclear-powered warships that carry numerous fighters, strike aircraft, helicopters, and other types of aircraft,” Leone notes.

“While heavier aircraft such as fixed-wing gunships and bombers have been launched from aircraft carriers, it is currently not possible to land them,” he adds.

The writer then pivots to an important question: How many aircraft can an aircraft carrier really carry?

Aviation expert Ben Pyper on Quora gives it a shot in answering this. “The USS Franklin D. Roosevelt was able, when commissioned in October 1945, to carry one hundred thirty-seven planes,” he writes.

“The F.D.R or ‘Rosie’ as she was affectionately known, was a Midway class carrier, the next step up from the war winning Essex class. The largest number of planes embarked that I can find a record of was on her first shakedown cruise. One hundred thirty-five aircraft … consisting of F4U-4 Corsairs, SB2C Helldivers and F6F-5P Hellcats, of the CVG(CAG)-75 air wing,” he adds.

Pyper continues by noting that “the reason why numbers were greater then than now is simply that the planes were a lot smaller, so you could fit more of them in. Modern carriers are much larger than the Rosie, but they still have fewer planes, because they are a whole lot bigger. The Gerald R Ford is scheduled to carry about seventy-five planes.”

However, do take note that in the original configuration, Midway-class ships had capacity for nearly one hundred thirty aircraft. “It was soon realized that the coordination of so many planes was beyond the effective command and control ability of one ship,” Leone writes.

The FDR was originally christened Coral Sea (CVB-42) and launched in April 1945.

“The ship sponsor was Mrs. Anne P. Towers, née Pierette, wife of Adm. John H. Towers, Commander Air Force, Pacific Fleet, while its honorary sponsor was First Lady A. Eleanor Roosevelt. Coral Sea renamed Franklin D. Roosevelt to honor the late President Roosevelt on May 8, 1945, marking the first time that the Navy made an exception to the traditional naming of fleet aircraft carriers for battles or famous ships. FDR was commissioned on October 27, 1945, with Capt. Apollo Soucek in command,” Leone concludes.