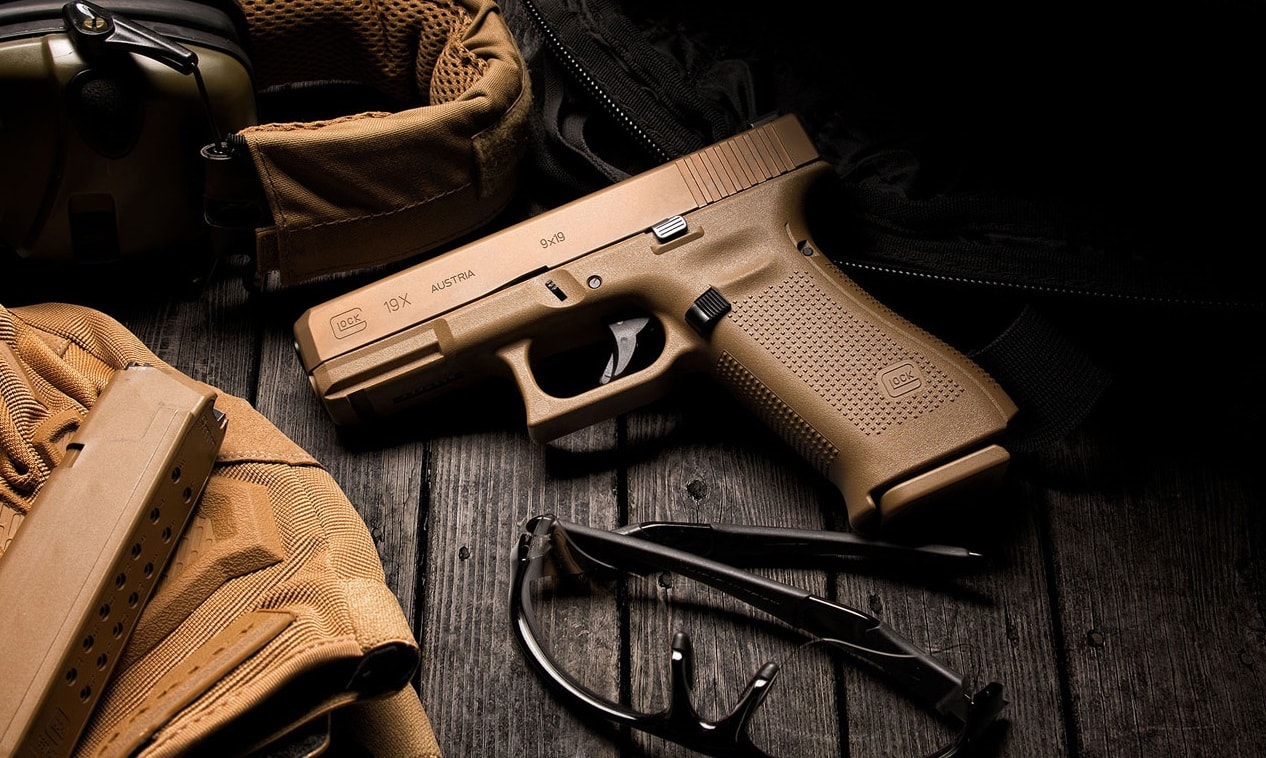 Why the US Army Gave the Glock 19x a ‘Silver Medal’: The Glock 19X had the valuable new contract within its crosshairs. Almost. The XM17 Modular Handgun System competition that was to pick the next U.S. military standard sidearm and replace the Beretta M9 pistol and Sig Sauer M11 initially favored the Glock 19X based on its performance in trials. It made the finals but couldn’t bring home the gold. Let’s take a look at how the trials shook out and why the Glock lost to the militarized version of the Sig Sauer P320.

Austrian-made Glocks are ubiquitous in the world of firearms. Numerous police forces in the United States carry some version. It’s popular with civilian enthusiasts and unfortunately it’s commonly possessed by criminals and gangs as well.

Richard Douglas, an firearms expert and reviewer for 1945, had this to say about the Glock 19X just recently: “I just don’t really have anything bad to say about the 19X. It’s a good pistol that combines the best of both worlds effectively. I can’t help but love it.”

Why the US Army Passed on the Glock 19X

But the Army disagreed, and the why matters. First, Glock may have made a mistake in not creating a new model like some other entrants in the trials. Second, the Glock 19X is not truly a modular gun. Third, it doesn’t have a manual safety and you need to squeeze the trigger before you take it apart. The Army had to think about hundreds of thousands of pistols going to personnel that maybe weren’t exactly trained like special operations forces. So, any safety feature had to be scrutinized to reduce the chance of an accidental discharge.

A Number of Features

Most Glock polymer-framed pistols operate the same and this favored military personnel who were already familiar with the brand and had shot it before.

The Glock 19X has ambidextrous controls, especially important for the slide release. It had the GLOCK Marksman Barrel, a polygonally-rifled barrel. T

he magazines are versatile and can be loaded 19, 24, 31, or 33-rounds. There are three backstraps to account for hand-size differences.

The barrel length is 4.02 inches and overall length is 7.44 inches. It weighs 24.83 ounces unloaded, which makes it lighter than other competition entrants.

The Army finally went with the Sig Sauer M17 and M18. Then Glock filed a protest in 2017 because it believed the 19X was not fully evaluated. The U.S. Government Accountability Office released a 17-page report about the criteria for the final ruling against Sig and Glock. Both tested in a similar fashion on performance, but the main issue was cost. At nearly $170 million, Sig Sauer came in cheaper than Glock’s bid of $272 million. The Sig Sauer also had license rights to ammunition in a partnership with Winchester, and an outstanding ammo production plan.

Why the Glock 19X Lost? Simple to Understand

Glock fought hard for the contract, but price, perceived safety issues, and lack of modularity did them in. But like many gun manufacturers who lost the competition, gun sales of the new Glock 19X boomed after it was released to the public. After all, what firearms enthusiast doesn’t want a Glock meant to serve in the US military?