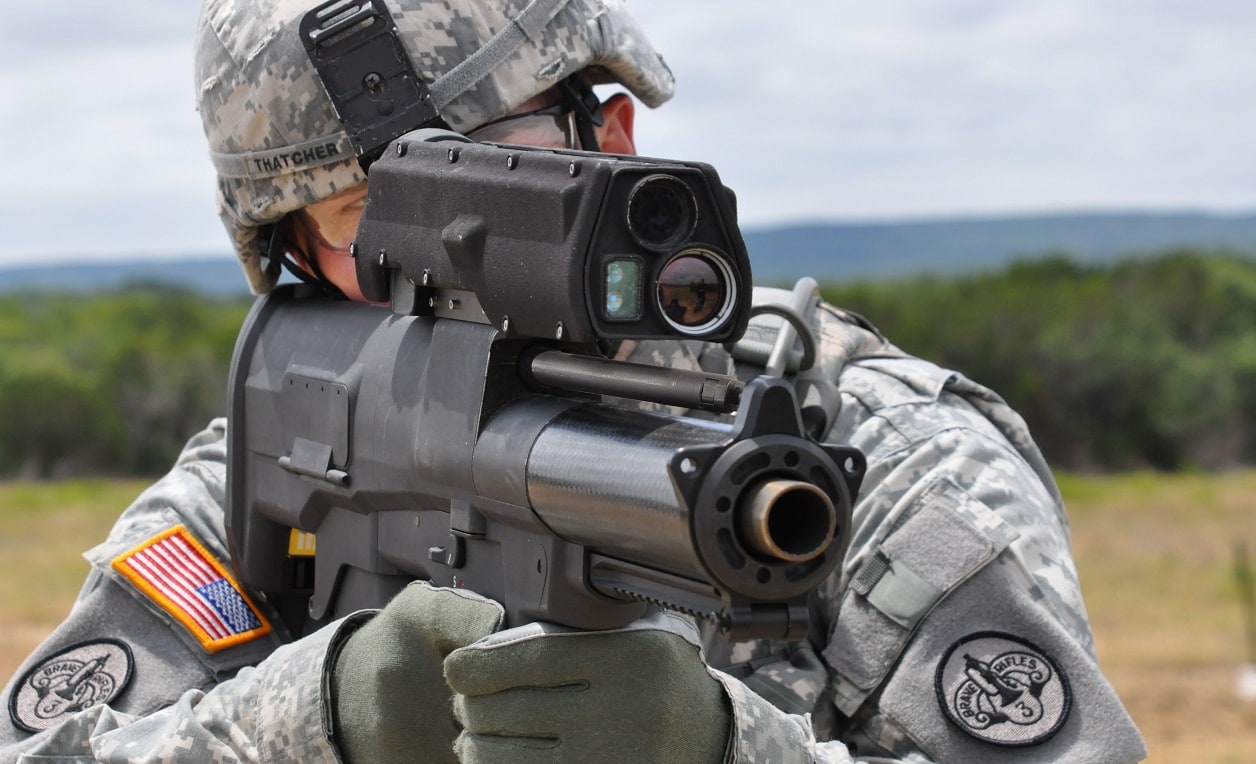 Why the US Army Dropped the XM25 Punisher: It looked like something from a sci-fi movie such as Aliens where Warrant Officer Ripley sent rifle-fired grenades to punish a never-ending line of ugly beasts. In fact, that weapon was even called the Punisher.

Oddly enough, the US Army had its own Punisher weapon, the XM25, but sadly, it never killed much of anything. But the XM25 was still a good idea – shoot grenades during the defilade fight (think Korea’s hilly landscape) and destroy and suppress the enemy with a “bursting” capability. Due to these capabilities, perhaps the military should have stayed with the Punisher instead of canceling it.

The XM25 fired 25mm programmable grenades enabling soldiers to control the detonation point. It was a pseudo-smart weapon with the ability to fine-tune the targeting.

For example, say friendlies wanted to target a militant behind a wall, the shooter could set the detonation point to burst on the other side of the wall instead of firing straight into it.

Same with targets on the other side of a hill, set the burst overhead.

The Punisher also had a laser rangefinder. In addition to the airburst mode, the Army thought the Punisher could eventually fire armor-piercing rounds.

Original Army testers claimed it could be a whopping “300 percent more effective” than rival grenade launchers.

Good Range and Easy to Fire

The XM25 also could fire at targets up to 800 meters away, over twice the range compared to the traditional M4-mounted M203 grenade launcher.

The XM25 had the futuristic bullpup design in which the action is behind the trigger. That makes for a shorter stock and barrel resulting in an easier way to handle the weapon.

Man-portable, semi-automatic, and fast, it looked like a weapon that would help soldiers in mountainous Afghanistan.

The Army was excited and planned to order 12,500 Punishers. But the weapon never panned out. To be frank, it just had too many problems.

Why the XM-25 Failed

Sadly, while oozing with incredible potential, the weapon would not make it into service. There was a misfire incident that caused the propellant in the grenade to catch fire in 2013 when the Punisher entered live testing with soldiers in Afghanistan.

There were other issues as well. It was heavy at 14 pounds. The XM25 had to be carried like a rifle, which meant it was difficult to bring along an M4 too. This was why lighter shoulder-carried rocket launchers are popular, such as the AT-4 and the M72 LAW, that enable a soldier to carry a rifle.

All this convinced a Ranger unit to reportedly refuse to take it on a mission. The Army finally pulled it from operational use in 2013, Congress eliminated funding in FY14, and it was ultimately cancelled in 2017.

Did the Weapon Deserve a Second Chance?

I may be in the minority, but I’m inclined to say the Punisher got a bum deal. Yes, it had problems, but these issues could have possibly been mitigated with more testing and training. The airburst control could have solved many problems in battle. Soldiers could have just used a sling for the Punisher that would have enabled M4 carry. While clearly a problem for sure, the live-fire incident didn’t cause any casualties. The cost would have come down with more orders.

But what matters is that the XM25 pass the most important test, soldiers with boots on the ground in Afghanistan didn’t like it and they are the ultimate deciders.

In this article:Army, US Army, US Military, XM 25 Punisher, XM25