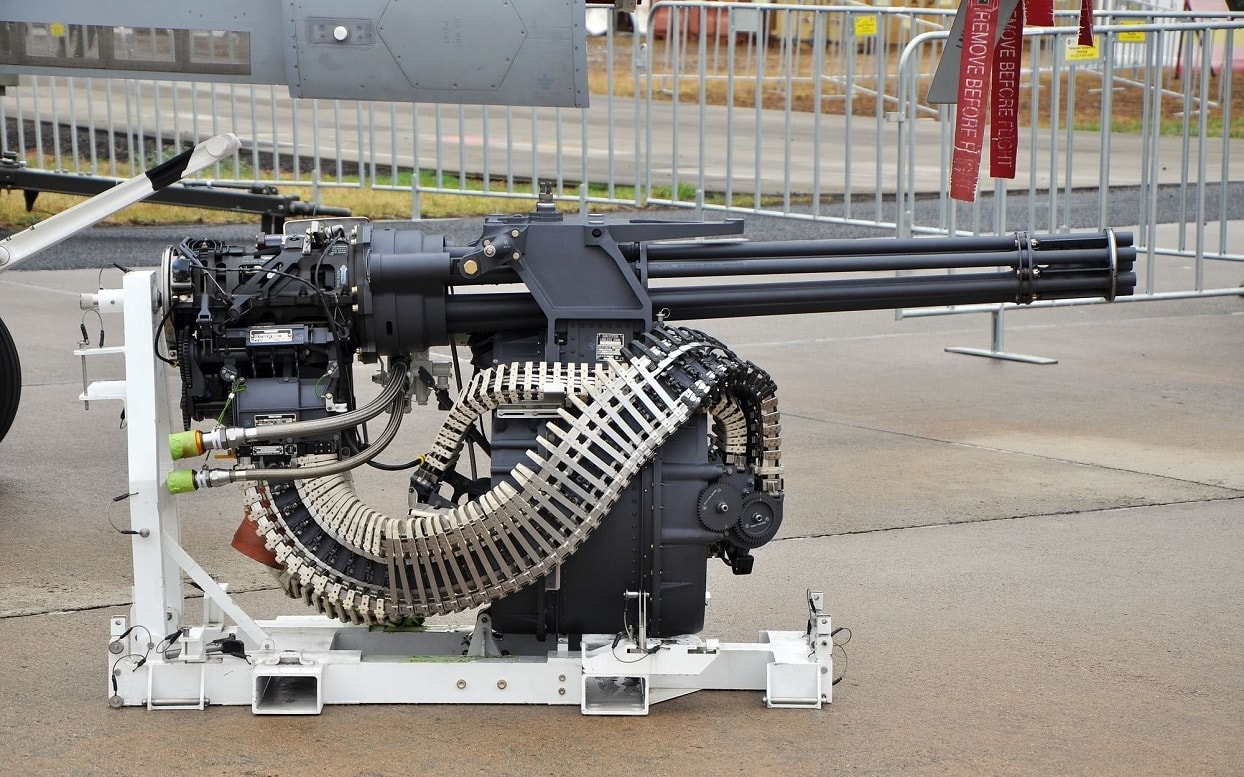 The U.S. Army has given the public a great first look at the new and highly powerful XM915 20mm Gatling-type automatic cannon on a UH-60 Black Hawk.

For those interested in seeing it in action, make sure to check out the video below.

According to defense writer Joseph Trevithick at the War Zone, it is expected that “this gun (will) be part of the arsenal for its Future Armed Reconnaissance Aircraft, or FARA. Bell’s Invictus 360 and Sikorsky’s Raider X, two advanced helicopter designs, are competing against each other to win the final FARA contract.”

It was last month when the Army conducted its first aerial tests of the XM915 during the Project Convergence 2021 exercise, which is taking place at Yuma Proving Grounds in Arizona and the White Sands Missile Range in New Mexico. The exercise is slated to conclude this month.

“It shoots fast, it shoots well, and it shoots accurately,” Army Lieutenant Colonel Cameron Keogh, the Chief of Flight Test for U.S. Army Combat Capabilities Development Command, said about the XM915’s performance in a statement.

“As a previous attack and recon pilot, I like it,” he added.

However, in-depth details regarding the cannon, which General Dynamics Ordnance and Tactical Systems (GD-OTS) has been developing for the military since at least 2020, are still scarce.

According to a June 2020 Army release, “the XM915 under development is a 20mm, three-barrel Gatling weapon capable of firing up to fifteen hundred shots per minute while weighing under one hundred fifteen pounds.”

It added that “the weapon will be mounted in a turreted cradle allowing the weapon to be aimed independent of the aircraft’s direction of travel. Ammunition will be fed into the weapon by a linkless carrier drive system that accomplishes the same task as steel-belted ammunition while saving weight and increasing system reliability.”

Trevithick noted that “the weight is interesting given that the XM915 is, by every indication, an evolution of the lightweight XM301 that GD-OTS developed for the Army’s abortive Boeing-Sikorsky RAH-66A Comanche stealth scout helicopter. The XM301 is eighty and a half pounds, according to the manufacturer’s website, meaning the XM915 is heavier. The XM301, as installed on the RAH-66A, also had two selectable rates of fire, seven hundred fifty rounds per minute and fifteen hundred rounds per minute.”

There is also a possibility that the XM915 cannon could be seen on other types of helicopters.

“Last year, the Army acquired an ex-U.S. Marine Corps AH-1W Super Cobra attack helicopter to use for various integration and other ground testing related to this gun. At that time, the service said that it planned to mount the cannon on a newer AH-1Z Viper attack helicopter for flight tests in the future,” the War Zone writes.

“The AH-1Z, like the AH-1W before it, is currently armed with a 1960s-era M197 20mm Gatling-type cannon, which weighs one hundred thirty-two pounds. The lighter XM915 might offer a relatively easy upgrade option for AH-1Zs in Marine Corps service, as well as Vipers and older AH-1s flying in other countries around the world,” it adds.

Note: The image is of the previous generation M61 Vulcan as there are no clear close-up images of the new XM915 just yet.