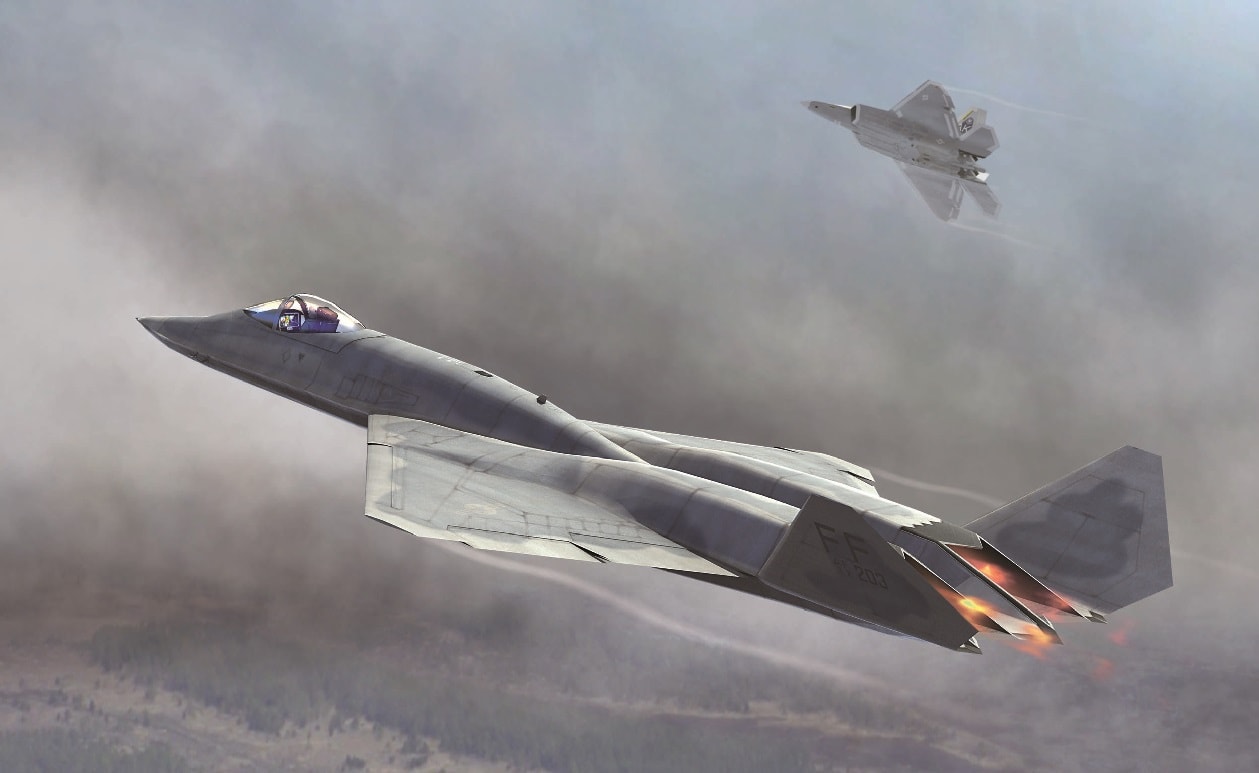 5th Generation Stealth Fighter YF-23A Could Have Been a Contender: If an airplane competition were like two quarterbacks who had similar size, great arms, strength, accuracy, and mobility, who would you take? This is what the U.S. Air Force was up against when picking between the YF-23A and the YF-22A – the airplane that would become the F-22 Raptor.

Both airplanes were part of the Advanced Tactical Fighter competition to improve upon the F-15 and F-16. It was the late 1980s and the Air Force was concerned about the Soviet Union’s 4th generation Su-27 and the MiG-29. They wanted a 5th Generation, stealth warplane that could outfight the Russians for air superiority and sneak by their surface-to-air missiles. The Air Force was looking for supercruise capability (supersonic flight without employing afterburner) and agile dogfighting ability.

Let’s Get Ready to Rumble

The battle lines were drawn, and both demonstrators had admirable characteristics. First up was the YF-23A. This was designed by Northrop-McDonnell Douglas. There were two prototypes with experimental turbofan engines. One was called the Black Widow II. This had Pratt and Whitney YF199 engines. The other model was dubbed the Gray Ghost with General Electric YF120 engines. These put out a top speed of 1,451 miles per hour.

YF-23A Had a Different Wing Shape and Plenty of Armaments

The YF-23A had diamond-shaped wings to reduce drag, giving a very unique look for sure. Northrop-McDonnell Douglas claimed their entrants had 100 percent radar evasion characteristics due to their low profile.

YF-22A Was a Little Faster

The next competitor was the YF-22A stealth fighter, again, what we know today as the F-22 Raptor. This was made by the primary contractor, Lockheed Martin with Boeing, and General Dynamics playing supporting roles. The YF-22A achieved supercruise speeds of MACH 1.58 and the top velocity was 1,599 miles per hour, slightly faster than the YF-23A.

One “Quarterback” Outlasted the Other

So, you see what I mean – both “quarterbacks” were evenly matched. It was going to boil down to performance in the air. The YF-22A was seen by the Air Force as more agile and better in a dog fight. The in-flight trials were where the YF-22A showed its stuff. The YF-22A launched missiles and put the Lockheed model through moves that placed 9Gs on the airframe. For some reason, the YF-23A did not display the same maneuvers. Northrop likely wishes it could have had a do-over. The YF-22A was just better at showmanship and it won the bid – later becoming the F-22.