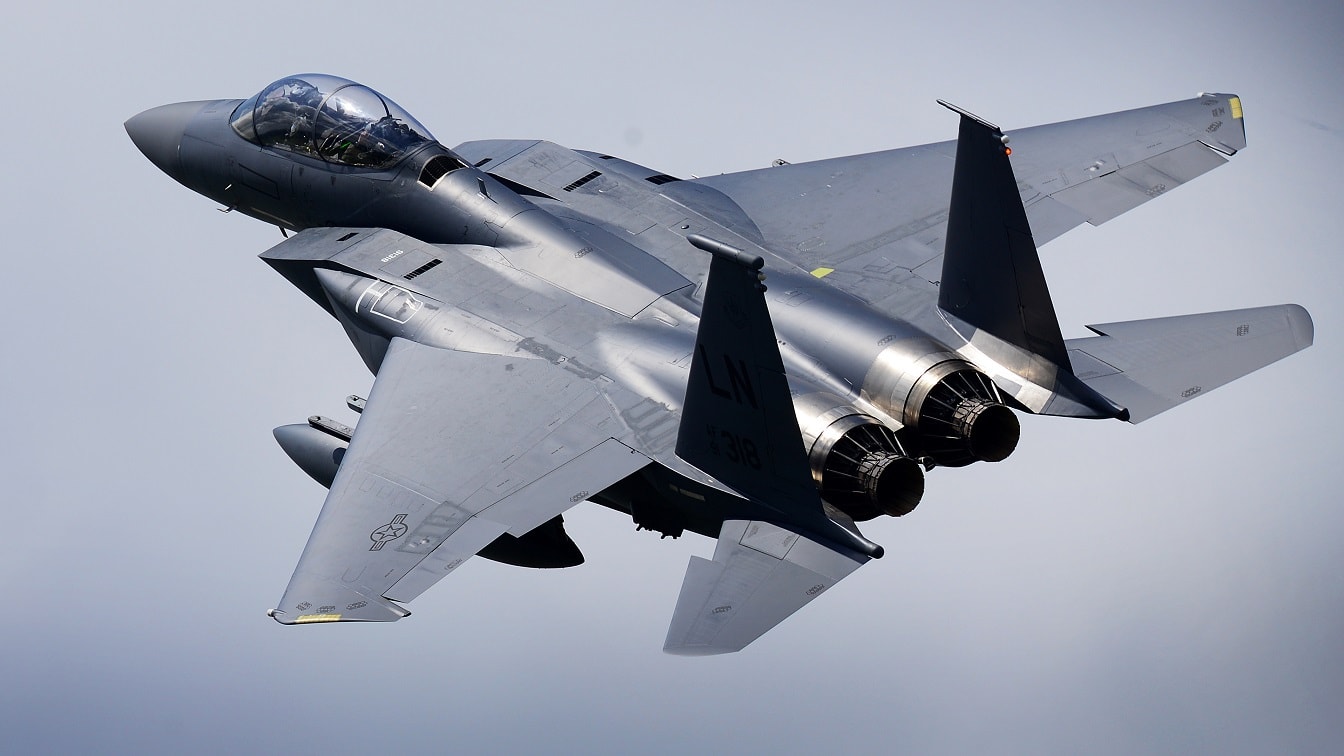 F-15 Sea Eagle: F-15 Navy Fighters? Back in the early 1970s, the Navy considered building a carrier version of the F-15, which would have been known as the “Sea Eagle.” The F-15N was first proposed by McDonnell Douglas in 1971.

“The F-15N would probably have been faster and more maneuverable than the F-14, as well as cheaper,” explained 0ne recent piece that detailed the Sea Eagle late last year. “But the carrier modifications would have rendered the Sea Eagle 3,000 pounds heavier than the land-based version. Perhaps more important, the initial F-15N design was only armed with Sidewinder and Sparrow air-to-air missiles as well as a cannon. What it didn’t have was the long-range AIM-54 Phoenix missile that the Navy counted on to stop Soviet bombers well before they could attack the fleet.

Aviation Geek Club recently looked at the proposed Sea Eagle project, and why it never really came to fruition.

“McDonnell Douglas instead offered a ‘navalized’ version of its new F-15 Eagle air superiority fighter. A wing hinge, proper arresting hook, and strengthened landing gear were among the modifications for the F-15N,” the Aviation Geek Club piece explained.

“According to DriveTribe, even with the weight imposed by these changes, the F-15N was expected to still be able to outmaneuver the F-14. However, the initial proposal did not include were the AIM-54 Phoenix missiles or the AN/AWG-9 radar needed to aim and fire them. A study by the US Navy included adding the radar and AIM-54s, but the resulting aircraft would have weighed 10,000 lbs more than a standard F-15A, erasing any advantage the Sea Eagle might have had.”

A Senate subcommittee, in 1973, began to study the proposal and even proposed a “fly-off” with the  F-14A, but it never took place, according to the report. Ultimately, though, the Navy elected to stay with the F-14.

“Following Grumman’s tradition of naming its aircraft after cats, the new “Tomcat” made its first flight in December 1970,” Aviation Geek Club said. “After a number of changes following flight testing, the first F-14As were delivered to the Navy in June 1972, with Fighter Squadron (VF) 124 designated to provide crew training. On the West Coast, VF-1 and VF-2 were the first operational squadrons to receive the new aircraft, while on the East Coast VF-14 and VF-32 became the first Atlantic fleet Tomcat squadrons.”

A recent article looked at whether it could have worked.

“Was the Sea Eagle a viable concept? The problem is the one that we are seeing with today’s F-35: an aircraft that must serve more than one master inevitably sacrifices performance in some area (in fact, the F-14 was born after the Pentagon’s abortive attempt to make the ill-fated F-111 a joint Air Force and navy fighter).”