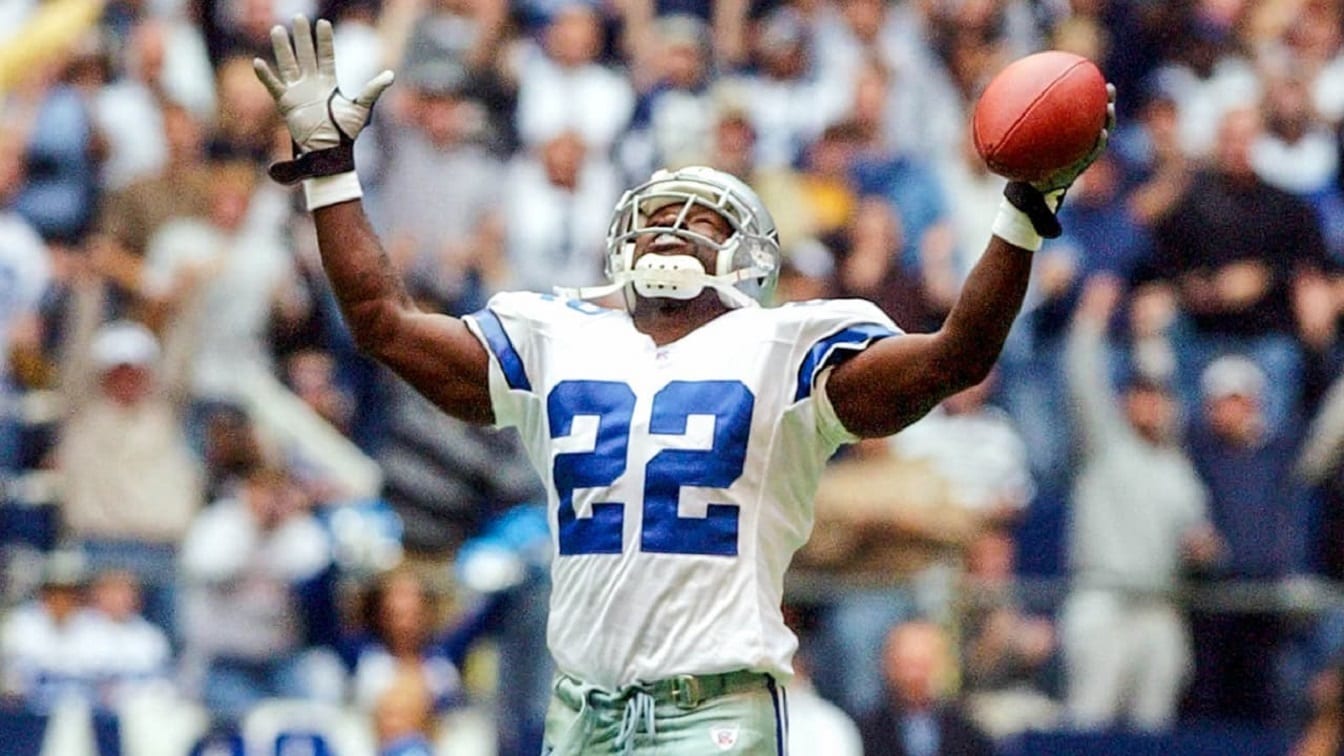 Top 5 NFL Running Backs of All-Time – The 2021 NFL season is in the books and the postseason is about to start. While some teams are unloading their head coaches on what is considered “Black Monday”, some teams will overreact and fire a head coach just to change things up or look for the greener grass elsewhere. Are you listening Miami?

But while we’re waiting for the playoffs to kick in, there will be time for all of the discussion about the upcoming games all week long. But for Monday, we can have a totally subjective look at some of the greatest running backs in NFL history.

Now with that said, it is important to look at how the game has changed. The NFL was a rushing league until the recent past, teams won or lost on how well they ran the ball and stopped the run. But now the NFL is a passing league, running backs have been devalued as everyone tries to get the next great wide receiver who can fly.

But the one thing that doesn’t change is that teams that win, especially in the Super Bowl have to have a running game that can successfully run the football. For most of today’s running backs, they will have a hard time matching some of the numbers of their predecessors. Today’s game is more specialized, with many teams employing multiple backs to save wear and tear on them. Most teams will have a “1-2 punch” with a dedicated 3rd down receiving back, whose secondary job is to run the football.

So, without further ado, here is my list of the Top 5 Running Backs of All Time, Feel free to chime with your own, in our comments section.

Campbell was a 5’11, 232-pound wrecking ball who the Oilers drafted with the #1 pick in the 1978 NFL Draft after winning the Heisman Trophy at the University of Texas in 1977. Campbell took the NFL by storm in his rookie season, winning the league rushing championship with 1,450 yards, and was named the NFL’s Most Valuable Player, All-Pro, and Rookie of the Year as well as being named to the AFC Pro Bowl team.

The “Tyler Rose”, Campbell was the league MVP three years in a row from 1978-1980. Former New England Patriots linebacker Steve Nelson once told me that hitting Campbell was like running full speed into a brick wall. He was the only running back to have four 200-yard rushing games in a single season.

Smith had incredible vision and patience and could run with power. After just missing the 1,000-yard mark as a rookie, Smith then went on a record run of 11 straight seasons with 1,000 yards rushing. Smith won four NFL rushing titles and was a two-time NFL MVP (1992, ’93), and also holds the NFL record with 78 games with 100 or more yards rushing.

Payton, known as “Sweetness” was electrifying to watch on the field. He was taken by the Chicago Bears in the 1st round, #4 overall in the 1975 NFL Draft from Jackson State. Payton was remarkably durable for someone who ran as hard as he did. He missed a game in his rookie season and then played in 186 consecutive games.

He was named both All-Pro and All-NFC seven times and played in nine Pro Bowl games. Payton was selected as the NFL’s Most Valuable Player in 1977 and 1985. He was a member of the Bears’ 1985 Super Bowl XX winning team.

Barry Sanders was the most exciting player to watch in the NFL during his time. He could seemingly change direction in mid-stride and leave defenders grasping at air. Sanders is still near the top of the NFL All-Time rushing leaders (4th) despite the fact that he retired still at the top of his game.

Sanders played for 10 seasons and gained over 1,000 yards in every one of his years with the Lions. Sanders’ 1997 season was one for the ages, where he rushed for a league-best 2,053 yards and gained another 305 yards on 33 catches for an amazing 2,358 combined yards gained. That year, Sanders, who was named league Most Valuable Player, gained more than 100 yards rushing in an NFL record 14 consecutive regular-season games.

No surprise here, Jim Brown is still the standard that all running backs are measured against.

Brown was the Cleveland Browns’ top draft choice from Syracuse University in 1957, where he was an All-American in football, and lacrosse, while lettering in basketball. Brown could run over or by opposing tacklers and was incredibly durable, not missing a game in his nine-year career.