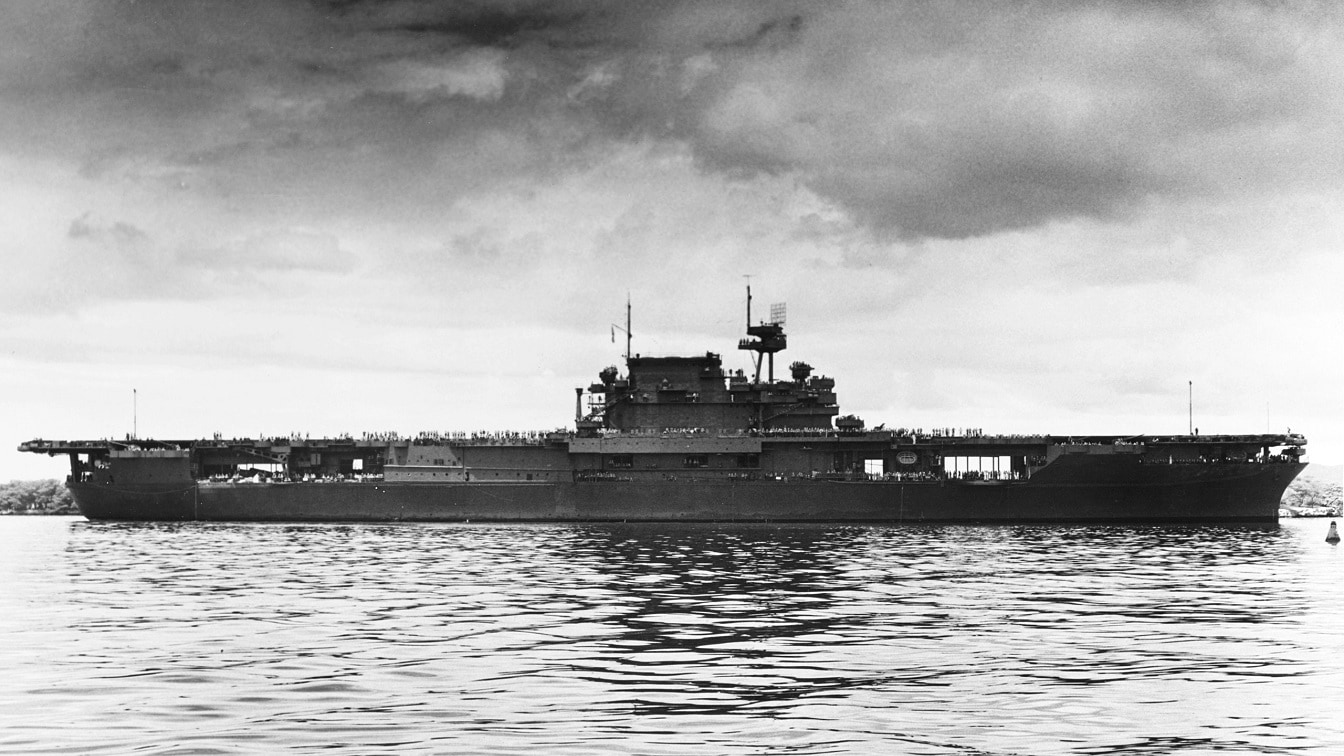 USS Enterprise: The Aircraft Carrier that Dominated World War II? It was arguably the best aircraft carrier ever built and made a tremendous impact during World War II. The first USS Enterprise carrier (not the nuclear-powered model) has been enshrined in history with incredible staying power and lethality. Earning 20 battle stars, it served with distinction in the battle for Midway Island and the battle of Guadalcanal. It also was a standout in the battles of Okinawa, the Eastern Solomons, Santa Cruz, the Philippine Sea, and the Leyte Gulf. Indeed, the Enterprise participated in a total of 18 campaigns. Without the Enterprise, the war in the Pacific against the Japanese would have been immensely more difficult.

USS Enterprise Renews Vigor and Confidence in the U.S. Navy

The Enterprise entered service in 1939. It had the good fortune of being out to sea during the attack on Pearl Harbor. Fighting to create some type of good news for the U.S. Navy, the Enterprise shined in the Battle of Midway. It sank or assisted in the sinking of three Japanese aircraft carriers and a cruiser, when the Americans badly needed a win. It was hurt badly in the Solomons campaign, but the air wing was operational and helped in the battle of Guadalcanal.

USS Enterprise Was a Survivor

During the inter-war period, the Navy knew it needed more aircraft carriers and the Enterprise did not disappoint.

USS Enterprise was part of the Yorktown class, the second carrier of the class laid down in 1934. This was the dawn of large and heavy carriers that were determined to be a difference-maker if war cropped up again. The advanced USS Enterprise displaced 25,000 tons, could steam at 33-knots, and could easily carry around 80 warplanes.

There were only six American fleet carriers in 1942. And the Japanese made quick work of them, sinking four with airplanes and submarines. The Enterprise was going to heroically pick up the slack.

Pearl Harbor Launched the Legend of the Enterprise

The Pearl Harbor story is illustrative of the good fortune of the Enterprise. Some ships are just blessed, and the carrier exemplified a positive record early on. It was carrying airplanes to Midway Island in December of 1941. It got back to Pearl Harbor late in the evening on December 7 to witness the aftermath of the destruction caused by the Japanese sneak attack. Enterprise quickly turned around and tried to strike back. This mission proved fruitless, although the carrier did sink a Japanese submarine.

Time to Get Revenge

Then the Enterprise got pay back in 1942. It was part of the Doolittle Raid in April of that year, helping execute a daring bombing run on the Japanese homeland to strike fear in the enemy and improve the morale stateside. It then helped turn the tide at Midway. It had an important role to play in the Solomons, where it endured some damage and refused to leave the fight. It struck fear in the Japanese navy from the rest of 1942 into 1943.

A four-month repair period in mid-1943 brought it back to full combat strength. Enterprise was a major part of the outstanding carrier battles of 1944. It fought decisively at the Battle of the Philippine Sea and the Battle of Leyte Gulf. The Japanese navy was never the same due to the Enterprise as the vessel assisted in the sinking of several enemy aircraft carriers and battleships.

In 1944, equipped to execute night operations, it took part in the invasion of Iwo Jima and Okinawa by maintaining air superiority to support the attack. Unfortunately, Enterprise was hobbled by two kamikaze attacks, and it needed repairs and missed the official surrender by the Japanese at Tokyo Bay.

Why Not Preserved for History?

Probably the most disappointing aspect of the Enterprise was that it was not preserved as a historical ship. It was retired in 1946 and later scrapped in 1958. The Enterprise name lived on as the nuclear-powered Enterprise and that carrier served for 50 years.

USS Enterprise showed naval strategists in the United States that America could project power around the world with aircraft carriers. Now we take carrier attack groups for granted, and they are expensive to maintain, but floating airports changed the way naval surface warfare was fought. They are a symbol of the strength of the United States. America was once a reluctant country on the international stage, but aircraft carriers like the Enterprise exemplified how one ship could inspire confidence and pride in the navy. It’s too bad she was not made into a museum ship.