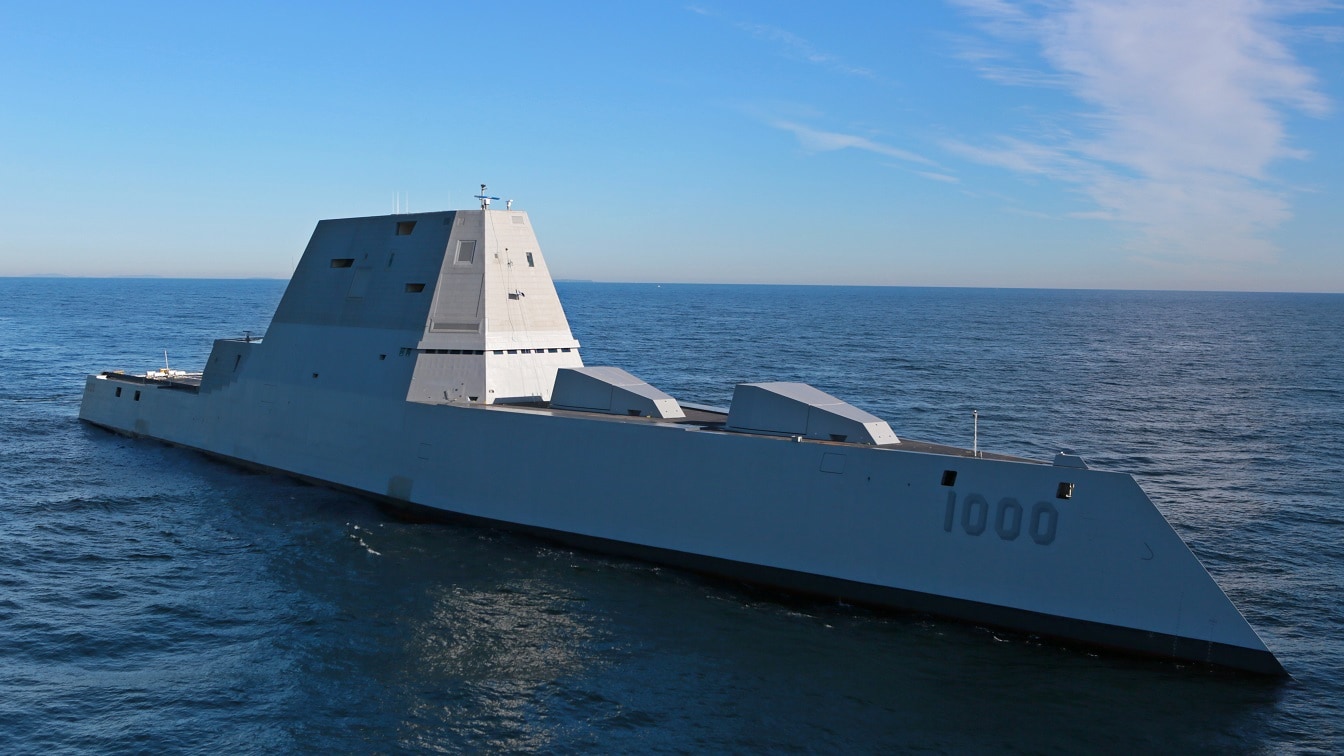 What does the US Navy’s next big ship look like?

The Navy has undertaken *many* studies examining the prospect of building a new large surface warship. The last new surface warship to enter service was the Zumwalt class destroyer, but the buy was curtailed at three after questions about the technology and questions about the mission developed. Other efforts have included “arsenal ships” and large cruisers of varying configuration and powerplant. None of these efforts have panned out, and the Navy continues to rely on the 10,000-ton Arleigh Burke-class destroyers as its main surface fighting force.  The Navy’s most recent surface acquisition has been the LCS program, which remains plagued by too many problems to count, and the somewhat more promising Constellation class frigates, which should begin entering service later this decade.

The Navy’s latest effort at procuring a big ship essentially collapses the distinction between “cruiser” and “destroyer,” which had in any case become detached from their original meanings over the last half of the twentieth century. It envisions a ship larger than the 10,000-ton Arleigh Burkes but smaller than the 16,000-ton Zumwalts. If the ships are expected to take on the same role as the existing Ticonderoga class cruisers, some two dozen ships would be needed.  If the form is expected to replace the Burkes, then a great many vessels would become necessary.

Perhaps the Navy doesn’t need a new large surface combatant? Ship displacement is historically a balance between lethality, survivability, and affordability. If size makes ships both more lethal and more survivable, warships will increase in size. Over the course of naval history, lethality and survivability have not necessarily scaled with size. “Ships of the line” in the Age of Sail were built to similar designs for a remarkably long period of time, in part because an increase in size reduced stability. In the 20th century, navies found that larger battleships were both more lethal and more survivable, leading to a rapid expansion in battleship size between 1905 and 1920, and another rapid expansion at the beginning of World War II. Navies also discovered that larger aircraft carriers could carry larger numbers of more powerful aircraft, making large carriers exponentially more powerful than their smaller cousins.

But the logic doesn’t apply to all ships. Most navies around the world gave up survivability at the end of World War II, when torpedoes and guided missiles made even the most heavily armored battleships vulnerable. At this point, it became clear that warships of modest size (10,000 tons or smaller) could handle jobs such as ASW and air defense, and that there were no particular returns to scale for larger vessels. Larger ships could carry more missiles, but they enjoyed no survivability benefits and could not strike at ranges longer than modestly sized warships. Modern naval vessels are dependent on sophisticated communications and surveillance technologies that are largely impossible to protect from attack through passive means (such as armor). Even if a vessel survives a missile attack, it will often be blinded as shrapnel shreds delicate electronic equipment on the outside of the hull. Bigger ships simply don’t pay off their extra expense with greater fighting power.

But there are at least two reasons to think that big surface vessels may be on the way back. The first is power generation; many of the sensor, communications, and defensive systems that make a ship both lethal and survivable require lots of energy, and a larger ship can carry a powerplant that won’t leave the component systems thirsty. This extends to electronic warfare systems that could disrupt attacks from terminally-guided ballistic missiles and from swarms of drones. The second is magazine capacity. With the development of vertical launching systems, the complexity of carrying different kinds of launchers for air, surface, land, and ASW strikes has declined. A larger ship with more missiles can be better at every job that a surface ship needs to do, apart from presence.

That said, evidence for the imminent return of large naval vessels is real, but thin. The aforementioned Zumwalts are a third again as large as the Arleigh Burkes, even if they represent an evolutionary dead-end. The Navy may still be able to make something of them, however. South Korea’s Aegis destroyed make good use of their size, as does China’s new Type 055 cruiser. Russia has been modernizing one of its old Kirov class battlecruisers for some time, and although the recommissioning date has been slipping for about 7 years it does seem as if Admiral Nakhimov will cut an impressive profile when she returns to service.

By that time the US Navy may have another plan in place to build big ships, even if no such ships will likely see service before the 2030s.