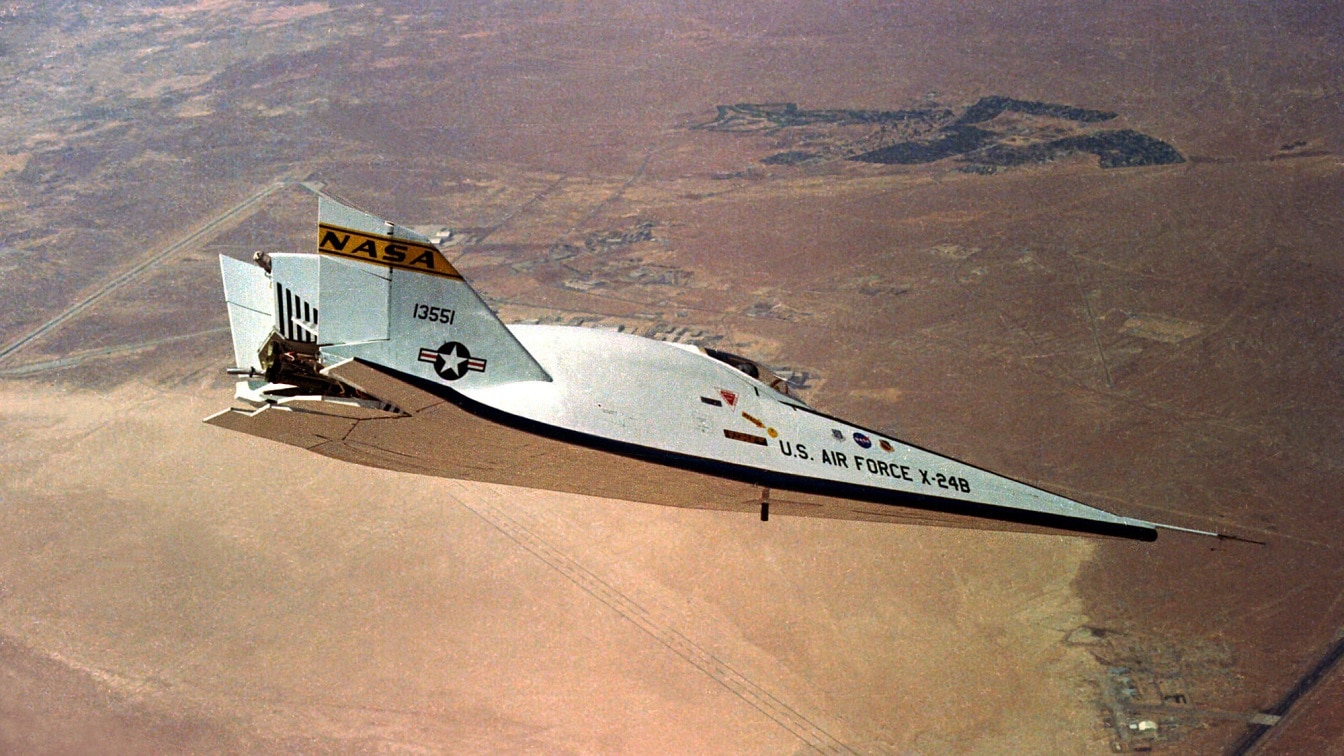 X-24C: What Happened? Today scramjet propulsion is the subject of continued study, as it appears to be one of the most promising methods of powering hypersonic weapons and aircraft. So, you may be surprised to learn that Lockheed was actually pursuing the idea of scramjet-powered hypersonic aircraft more than four decades ago.

Hypersonic is a term used to refer to vehicles that travel at speeds in excess of Mach 5.

By the end of 1968, the rocket-powered X-15 program had run its course, leaving the U.S. Air Force without any hypersonic aircraft in testing or development. That’s where Kelly Johnson’s team at the legendary Lockheed Skunk Works entered the picture.

Taking on the role of lead contractor, Lockheed worked side by side with the Air Force’s National Hypersonic Flight Research Facility and NASA to develop and field two hypersonic test aircraft, with each vehicle slated for 100 flights. The decision was made to equip this new “L-301” program’s aircraft, unofficially dubbed the X-24C, with a new LR-105 rocket engine found at the time in the Atlas series of rockets. The LR-105 would launch and accelerate the X-24C to hypersonic speeds, not unlike the rocket engine in the X-15. From there, a second hydrogen-fueled, air-breathing ram/scramjet (supersonic-combustion ramjet) engine mounted on its belly would take over.

The scramjet engine would propel the X-24C at sustained speeds in excess of Mach 6, reaching intended peak speeds that were higher than Mach 8, or more than 6,130 miles per hour. The aircraft itself resembled the lifting body design leveraged by the Martin Marietta X-24A and B programs that tested unpowered reentry flight characteristics.

That scramjet propulsion concept is still widely considered to be the most likely candidate for hypersonic aircraft to this day. A normal jet engine uses a compressor section (fan blades) to compress air to be mixed with fuel and ignited, but at hypersonic velocities, that compressor becomes a hindrance, slowing airflow to subsonic speeds as it passes through.

A scramjet, in its simplest form, uses the immense pressure created by air flowing into the engine at supersonic speeds to handle compression, making it a far more efficient means of propulsion at such high velocities. According to NASA, scramjets can be good for speeds up to “at least Mach 15” and NASA scramjets have been successfully flight tested at speeds as high as Mach 9.6 (in the X-43A experimental unmanned hypersonic aircraft).

Had the X-24C been successful in testing, America would likely have leveraged scramjet technology in more platforms. And, while hypothetical-history isn’t good for much more than conversation at dinner parties, it seems awfully likely that with continued testing in this realm, the U.S. wouldn’t now find itself lagging behind nations like Russia and China in fielding operational hypersonic weapons. China and Russia both have hypersonic weapons in service today, with America hoping to follow suit in 2022.

But to extend that theorizing beyond missile technology, Lockheed’s Skunk Works were legends in their own time in the 1960s and ’70s for fielding the most groundbreaking military aircraft the world had ever seen. If anyone could make a hypersonic aircraft leveraging a combination of conventional and scramjet propulsion work in the 1970s, the guys who were making rocket-assisted F-80 fighters in the ’50s and the space-scraping SR-71 in the ’60s probably could.

But by the end of 1977, the L-301 program and its notional X-24C were canceled. Lockheed’s approach to hypersonics, it seemed, wouldn’t be the next revolution in aviation technology. Instead, it was a different design floating around the very same Skunk Works offices that was about to change military aviation forever. But while hypersonic aircraft flying at the edge of space might have seemed awfully promising at the time, this other program started out a bit more… hopeless.