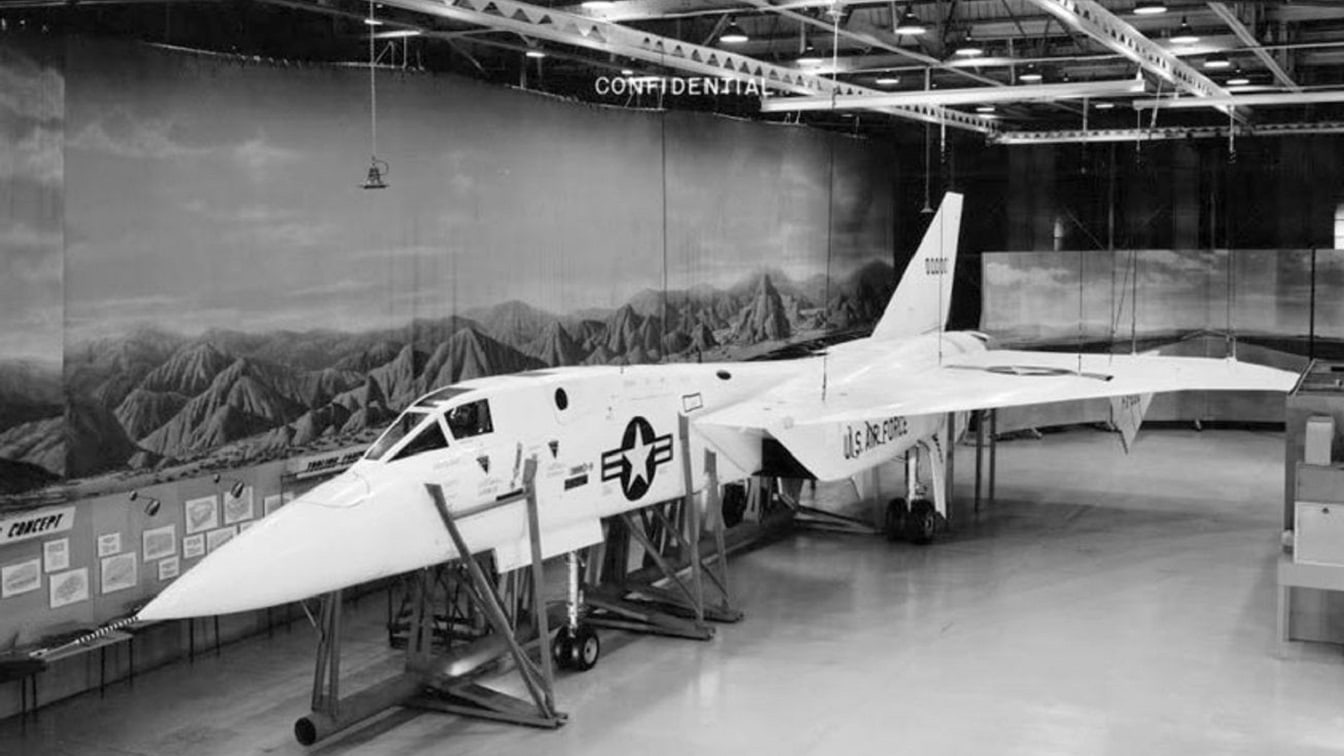 Why the XF-108 Failed: The story of the XF-108: Fearing an onslaught of Soviet bombers during the 1950s, the U.S. Air Force was intent on developing supersonic interceptors to stop them.

Had they come to fruition, these high-altitude Mach 3 interceptors would have left today’s fighters in the dust.

In response to a 1949 Air Force request for a supersonic interceptor, Republic Aviation proposed in 1951 the XF-103, a ramjet fighter—more like a winged rocket—with a maximum speed of Mach 3 and a maximum altitude of eighty thousand feet. This, at a time when subsonic F-86 Sabres and MiG-15s were beginning to dogfight in Korea, and when today’s fighters don’t travel much faster than Mach 2.

But the XF-103 was so technologically ahead of its time that the project never went beyond a ground mockup before it was canceled. Yet that didn’t stop the Air Force’s quest.

1955 saw the start of the Long-Range Interceptor, Experimental program. In 1957, North American Aviation won a contract to develop the XF-108, a two-man interceptor capable of Mach 3 speed, a thousand-mile range and a maximum altitude of seventy thousand feet.

Perhaps not coincidentally, a Mach 3 speed and seventy-thousand-foot ceiling happened to be the specifications for North American’s XB-70 Valkyrie strategic bomber. North American actually did propose that the XF-108—officially named the Rapier—also serve as an escort fighter for the XB-70. In fact, the two aircraft looked somewhat alike, and would have shared some equipment, notably General Electric YJ93 engines and a crew escape capsule.

The XF-108 would have packed a useful combination of long-range endurance and the Hughes AN/ASG-18 radar, which would have been the first U.S. pulse-doppler radar as well as the first track while scan radar that could lock on to an individual target while still scanning the general area.

The F-108 was envisioned as a “gap-filler for the Distant Early Warning (DEW) radars,” write authors Dennis Jenkins and Tony Landis. “If a few aircraft were based at remote Arctic airfields, a sufficient number of them could be airborne to eliminate the gaps that existed in radar coverage. Each F-108 could scan about 278,000 square miles—an area a little larger than Texas—per hour.”

Thus in effect, the F-108 would have functioned as an armed long-range radar station equipped with a battery of three Falcon air-to-air missiles.

While the XF-103 was doomed because it pushed the technology envelope a little too far, the XF-108’s flaw was exceeding the budgetary envelope. President Eisenhower complained that the Air Force’s plan to buy 480 F-108s would have cost $4 billion ($33 billion in today’s dollars), which at the time was viewed as too steep a price tag.

More important, the whole concept of a high-speed, high-altitude interceptor was in trouble. By the late 1950s, ICBMs were beginning to supplant manned bombers as the biggest nuclear threat to the United States. In the battle for the military budget, air defense inevitably lost.

The XF-108 was canceled in September 1959—or mostly canceled. The XF-108’s features would be passed on to an aircraft that looked remarkably like it: the North American A-5 Vigilante. The Vigilante bomber was one of the largest aircraft to operate from U.S. Navy carriers, seeing extensive service in Vietnam.

It’s important not to be too awed by that Mach 3 speed. Had the F-108 and its ilk entered service, the United States would have had a fleet of big, unmaneuverable, extremely fast fighters that would have been useful to stop a (mostly imaginary) Soviet bomber threat. They would not have been terribly useful as tactical aircraft in the Vietnam War, where maneuverability and the ability to carry bombs were just as important as speed. While today’s fighters are slower, they are also much more capable in maneuverability, sensors and stealth.

Still, a Mach 3 fighter in the 1950s would have been an impressive—if limited—achievement.