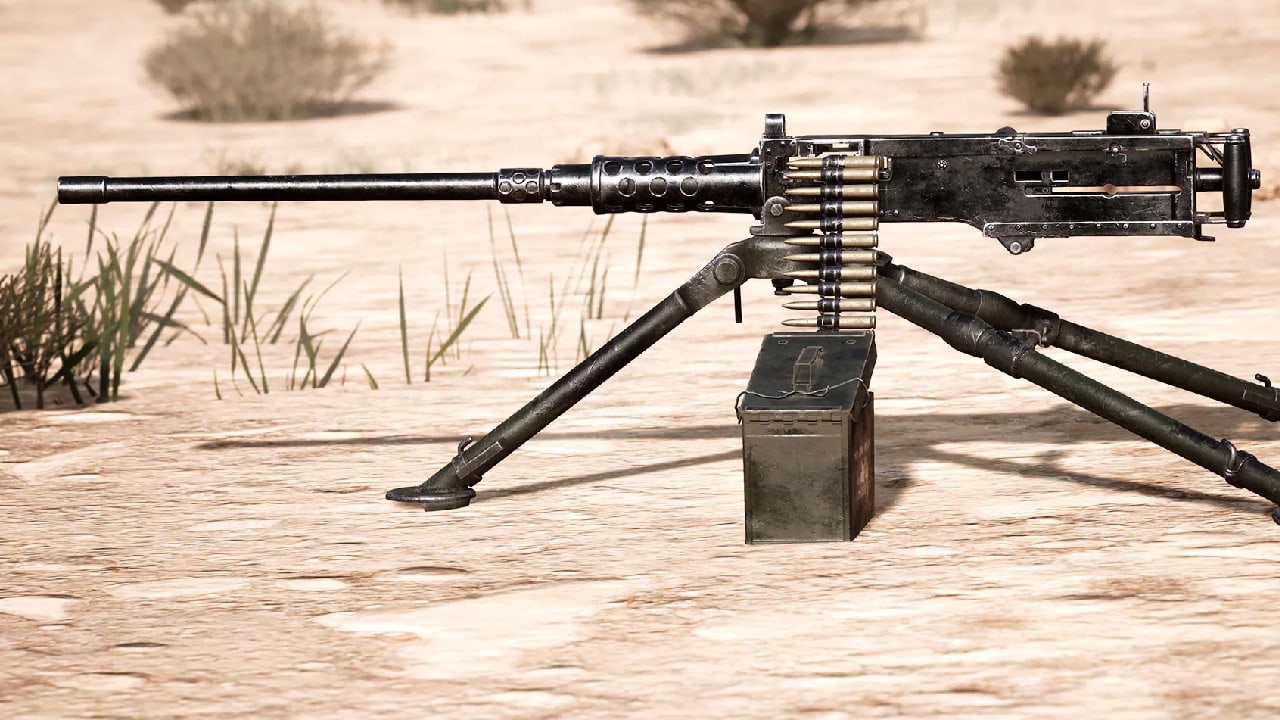 The M2 machine gun, by right, should be in a military museum due to its advanced age. And yet, this old weapon of war just keeps on firing away. Here’s why: One of the most important weapons in the U.S. military arsenal is also one of the very oldest. The M2 heavy machine gun, developed by small arms wizard John Browning, has equipped infantrymen, armored vehicle crews, sailors, bomber crews, and fighter pilots over an astonishing ninety-seven-year service period. The M2 has figured in every conflict since World War I, and seems destined to serve on for another quarter-century or more. The M2 machine gun is a rare example of a weapon so well designed it can always find a role on the modern battlefield.

The M2: A History

The M2 has its roots in World War I. The U.S. Army, armed primarily with .30 caliber (7.62-millimeter) machine guns, wanted something heavier to engage armored German aircraft. A heavier round would cause more damage and have a greater range than current machine guns, and U.S. forces looked on admiringly at the French Hotchkiss 11-millimeter machine gun.

John Moses Browning, the prolific small arms inventor responsible for such iconic guns as the M1911 semi-automatic pistol, the Browning Automatic Rifle (BAR) and the M1917 water-cooled machine gun, went to work scaling the M1917 up for a heavier cartridge of his own invention. Browning scaled up the .30-06 round to .50 caliber (12.7-millimeter) initially for use as an anti-tank round and then adopted it for the resulting new machine gun, the water-cooled M1921. The M1921 weighed 79 pounds without water and fired 500 rounds a minute.

Browning’s machine guns worked on the recoil-operating principle. The recoil force of expanding powder gasses push the barrel and bolt to the rear, and after a short recoil the bolt is unlocked and and the barrel stops. An accelerator throws the bolt to the rear, during which time the feed mechanism feeds a round from a belt of ammunition. The bolt is then returned by the roil spring until it again joins the barrel.

During the 1930s, the M1921 design was refined to lose the water cooling mechanism and replace it with an air cooled barrel system. The resulting machine gun was designated M2. The machine gun ended up equipping a vast array of U.S. weapons during World War II, due to its relatively compact size and hard hitting power. Many foreign militaries often had little between the .30 machine gun caliber and 20-millimeter light cannon, and those that could bought the M2.

On the ground, the M2 was used by the U.S. Army and U.S. Marines. The Army used it as a light anti-aircraft gun on everything from trucks to halftracks to tanks. On the M4 “Sherman” tank the M2 was mounted externally at the commander’s station. The heavy .50 caliber slug and muzzle velocity of 2,980 feet per second was also useful for engaging enemy infantry and light armored vehicles. The U.S. Marines used a dismounted, tripod-mounted version of the M2 for infantry support and also equipped it on amphibious tractors, or amtracs, for suppressive fire during beach landings.

The warplanes of the US Army Air Force were almost uniformly equipped with the M2 heavy machine gun. Fighter planes used the M2 in the offensive role, while attack aircraft and bombers used them defensively to ward off intercepting enemy fighters. The P-51 Mustang had two banks of three M2 machine guns in each wing, and the six machine guns provided the legendary fighter with a powerful punch against targets both in the air and on the ground. The P-47 Thunderbolt and P-38 Lightning were also equipped with the M2, as were the B-25, B-26, B-17 and B-29 bombers.

In the wake of the Second World War, the M2 faded from some uses but remained in others. The advent of the air-to-air missile made the .50 caliber machine gun obsolete in modern aerial warfare, although the B-52D heavy strategic bomber retained four M2s in a tail turret for self-defense purposes. Some .50 caliber machine guns are also equipped on helicopters and MV-22 Osprey tiltrotor aircraft, where the aircrew fires the weapon from the rear ramp. M2s also arm Navy special operations riverine patrol boats.

On the ground, however, the M2 machine gun is as ubiquitous as it ever was. Just like its ancestor the M4 Sherman, today’s M1A2 Abrams main battle tank has an M2 .50 caliber at the commander’s station. The M2 gives the tank commander a weapon with excellent anti-personnel and anti-vehicle capability, including the ability to penetrate light armor—a useful feature for a tank that only carries forty main gun rounds. The M2 also arms the Stryker interim armored vehicle, the Armored Multi Purpose Vehicle, and the M109A6 Paladin self-propelled howitzer. The U.S. Marines operate the M2 on their own Abrams tanks, from helicopters, and still operate a tripod-mounted version for ground forces.

In 2011, the U.S. Army began updating M2s to the M2A1 standard, which includes a quick change barrel, fixed headspace and timing, and a redesigned flash hider that reduces muzzle flash by 95 percent. Clearly the Army plans to use the M2 series for a decade or more. It would require a considerable leap in small arms technology to create a worthwhile replacement for the M2, and not only is that unlikely in the near future nobody really knows what such a leap would even look like. Until then, the M2 soldiers on.