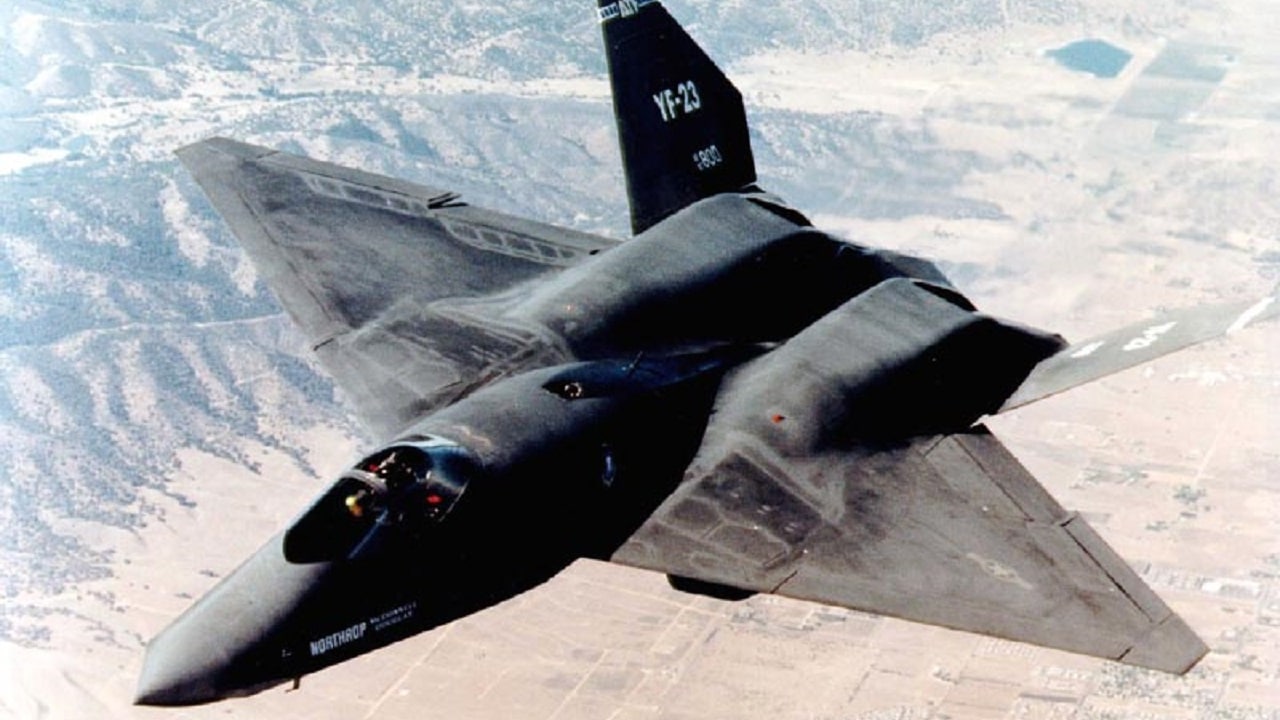 It was a difficult choice during the Advanced Tactical Fighter competition as the YF-23 was up against what became the F-22. Finishing second was not good enough for the YF-23, but it had an innovative design and other advantages to make it an intriguing fighter to examine closer.

The Advanced Tactical Fighter challenge of the late 1980s was a contest that would yield a stealth warplane that could dominate the Soviet Union’s Su-27 and MiG-29, and replace the F-15. The YF-23 was the design entry from Northrop Grumman/McDonnell Douglas. While the YF-22 came from Lockheed Martin/Boeing/General Dynamics.

The YF-23 was a single-seat twin-engine fifth-generation stealth fighter. It boasted a diamond wing-shape for low drag and radar evasion. The YF-23 was thought to have better super-cruise mode and stealth characteristics. The YF-22 was seen as the superior dogfighter.

There were two YF-23 technology demonstrators with turbofan propulsion. One had Pratt and Whitney engines (called the Black Widow II) and the other had General Electric engines (called the Gray Ghost). The Gray Ghost could cruise at a top speed of 1,451 miles per hour. The two prototypes had a maximum approximated range of 2,796 miles and a ceiling of 65,000 feet – better specs than the YF-22.

Engineers wanted the YF-23 models to conserve weight so they did not have “thrust vectoring for aerodynamic control as was used on the Lockheed YF-22.”

A Test Pilot Was Not Disappointed in the YF-23

U.S. test pilot Paul Metz flew the YF-23 and still claimed that it was just as good as the YF-22 in a 2015 speech at the Western Museum of Flight.

“Never hang your head in shame about what we did. We built a tremendous product that would stand side-by-side with anything else, and in many cases exceed the capabilities of anything else. And we can always be proud of that.”

Metz believed the YF-22 was picked because Lockheed Martin/Boeing/General Dynamics could run the acquisition program better than Northrop Grumman/McDonnell Douglas.

Metz also said that the engineers of the YF-23 did not have the same level of salesmanship as the marketers representing the YF-22.

“Lockheed infused far more marketing, salesmanship, and pizazz – ‘lasting impressions’ into their YF-22 flight demonstration program. They fundamentally understood how to sell their aircraft and how ‘showmanship’ heavily impacts the acquisition decision-making process. Northrop didn’t and that fact may have proven fatal for the YF-23,” he said.

Could the YF-23 have avoided the various problems that later afflicted the F-22 program such as the delays, cost over-runs, need for software upgrades, and reliability issues? We’ll never know the answer to that question. But the YF-23 was an ahead-of-its-time design and that could have spawned its own problems during a production run.

It probably deserves a better fate than sitting at the National Museum of the United States Air Force in Dayton, Ohio.