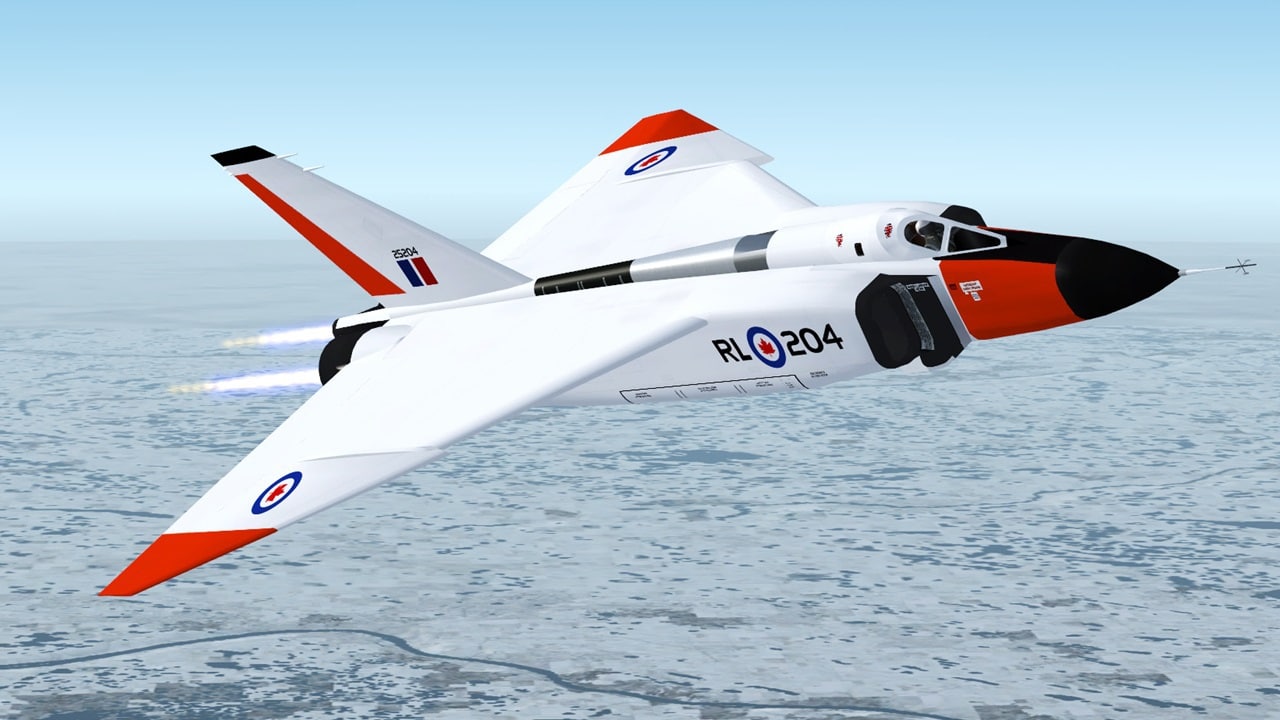 The CF-105 Avro Arrow would have had one mission: to kill Russia‘s bombers during the Cold War – In the early 1950s, the Canadian government began to solicit orders for a new high-speed interceptor. The explosion in jet technology had rendered Canada’s first- and second-generation interceptors obsolete; in order to patrol Canada’s vast airspace, the Royal Canadian Air Force would need something awesome.

Avro Canada answered the call with the CF-105 Avro Arrow, a high-performance interceptor on the cutting edge of existing aviation technology. A big, beautiful fighter, the Arrow offered a promise to patrol Canadian airspace for decades, while also throwing a lifeline to Canada’s military aviation industry.

But the Arrow was not to be. Changes in technology, politics and defense priorities would work to kill the CF-105, and with it the greater portion of Canada’s defense aviation industry. Still, the legend of the Avro Arrow would survive for a very long time.

The Arrow emerged as part of the same intellectual and engineering ferment as the B-58 Hustler and the MiG-21 Fishbed. The early 1950s saw remarkable leaps in airframe and engine technology, such that developmental aircraft offered enormous improvements in capability over existing warplanes. Jets designed in the early part of the decade were utterly obsolete by the end.

The expansion of Soviet Long-Range Aviation provided the strategic backdrop. In the late 1940s, the USSR built its first fleet of strategic bombers around the Tu-4, a copy of the American B-29 Superfortress. The next generation of Soviet bombers could fly faster and higher, and would undoubtedly cross Canadian airspace on its way to targets in the United States. Canada’s interceptor of the early 1950s, the CF-100 Canuck, could neither catch nor kill these fast bombers.

Enter the CF-105 Avro Arrow. The Arrow’s mission mirrored that of the later MiG-25 Foxbat; hunt and destroy high-flying Soviet bombers as they entered Canadian airspace. Initial testing indicated that the Arrow could, with Orenda Iroquois engines (then under development) exceed Mach 2 for a sustained period. The Arrow would have carried between three and eight long-range air-to-air missiles, and had the capacity to launch nuclear-tipped antiair rockets. In overall performance, the Arrow was not altogether dissimilar from the Convair F-106 Delta Dart, a close contemporary in design.

In an interesting parallel to the F-35, Canada pursued a no-prototype policy, meaning that the design changes continued as the earliest planes reached flight status. Although fifty years apart, this resembles the “concurrency” effort with the F-35, which relied on computer simulation and testing to push aircraft into flight status sooner.

But, as flight testing ensued and initial production expectations ramped up, the Arrow ran into strategic problems. The first issue pitted the Arrow against the surface-to-air missile (SAM). The appearance of effective SAMs made life difficult to impossible for high-flying bombers, meaning that they had to change tactics (either flying low and slow, or using long-range cruise missiles) or disappear. Suddenly, an integrated air-defense network that focused on high-speed interceptors seemed more expensive and less effective than one that concentrated on SAM installations. A world-class defense network included both, of course, but the role of the interceptor became less central. Second, the development of the intercontinental ballistic missile (Avro introduced the Arrow on the same day that Sputnik reached space) made it difficult to imagine that any defensive network could successfully protect the Canadian homeland.

The United States and the United Kingdom both concluded that the future did not lie with high-speed interceptors, and canceled projects in development (although the F-106, for example, would remain in service for many years). Canada followed suit on February 20, 1959. The decision had a devastating ripple effect across Canada’s defense aviation industry; Avro Canada would shut its doors within three years (Hawker Siddeley picked up the pieces) and Orenda Engines was sharply curtailed.

Instead of the CF-105, the RCAF invested in a variety of Century Series fighters from the United States. These included the F-104 Starfighter (46 percent of which were lost in Canadian service), and (more controversial, given the cancellation of the Arrow) the CF-101 Voodoo. The Voodoo served as an interceptor, but at a level of performance generally below that expected of the Arrow.

The death of the Arrow also played a role in Canada’s decision to unify its three military services. Although the proximate causes of unification included concerns over civilian control during the Cuban Missile Crisis and a funding crunch, the interservice conflicts of the 1950s (the Army and Navy had sharply disagreed with the decision to pursue the Arrow) played a role. Moreover, with the death of the Canadian military aircraft industry, the Royal Canadian Air Force lost a key advocate outside of government.

But the legend of the Arrow did not die with its cancellation. Because of the circumstances associated with the end of the plane, including the scrapping of all extant prototypes and all industrial tooling associated with the program, a series of conspiracies emerged regarding the causes of its demise. Many of these concentrated on the United States, suggesting that Washington had used nefarious influence to somehow kill the Arrow and prevent it from competing with less advanced U.S. designs.

To this day, the saga of the CF-105 remains near and dear to the hearts of many Canadian aviation enthusiasts. Some still claim that one of the prototypes was hidden from destruction, which (while deeply unlikely) would be a huge boon for a lucky museum someday. In 2012, some commentators suggested (seriously or not) redeveloping the Arrow as a replacement for the troubled F-35. The Canadian government rejected the proposal out of hand. And many Canadians still recognize the Arrow’s distinctive silhouette; in 2015, Canadian travel security personnel recognized a pair of die-cast CF-105 toys in the author’s luggage from the x-ray alone.

In some sense, the Arrow would have been a Foxbat before the Foxbat; a super high-performance interceptor with some glaring flaws as an air superiority fighter. Advances in technology could have increased the Arrow’s speed (although not to that of the Foxbat), but the design had many problems common to second- and third-generation fighters. Like the Foxbat (or the F-106), the Arrow could have served in an attack role only with great difficulty. Given the sharp turn towards multirole fighter-bombers that would ensue in the 1970s, the Arrow would likely before long have begun to resemble a white-and-orange elephant.

Robert Farley is author of The Battleship Book. He serves as a senior lecturer at the Patterson School of Diplomacy and International Commerce at the University of Kentucky.