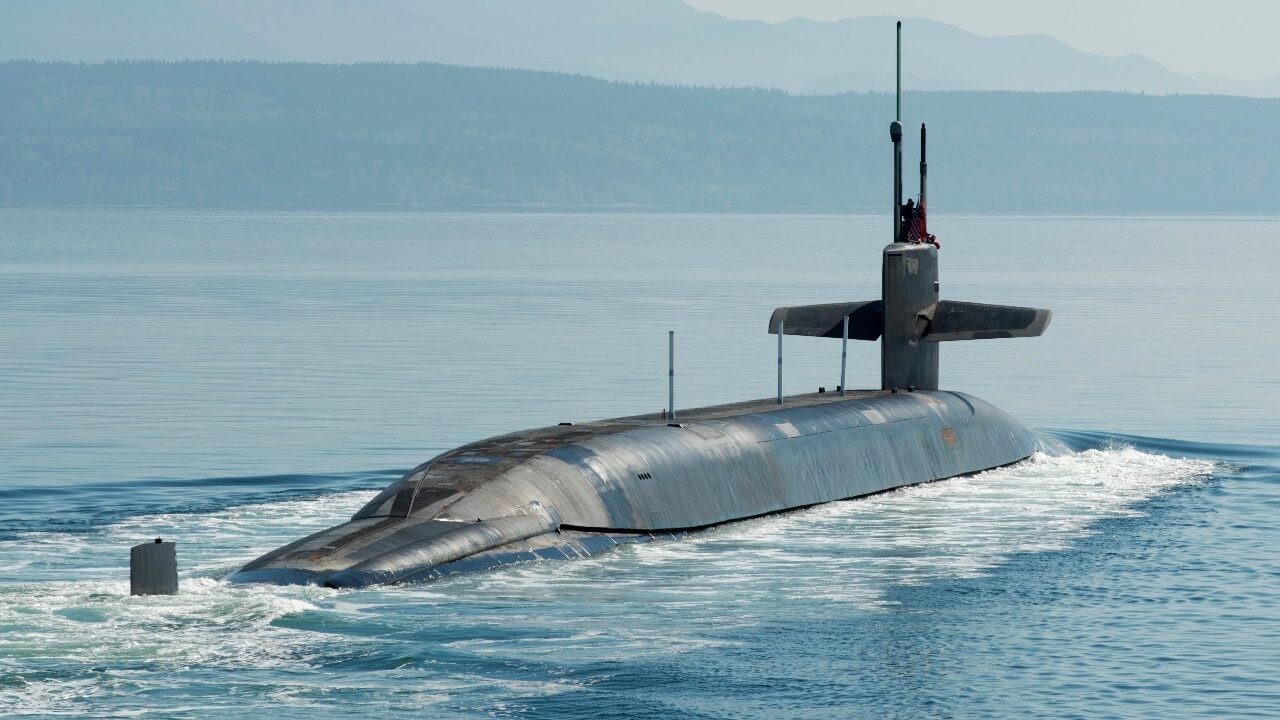 The Blue crew of the ballistic-missile submarine USS Henry M. Jackson (SSBN 730) transits the Hood Canal as it returns home to Naval Base Kitsap-Bangor following a routine strategic deterrent patrol on Sept. 30, 2015. US Navy photo.

The US Navy’s Ohio-class ballistic missile submarines carry a lot of nuclear firepower that could be used for war with Russia, China, or just about anyone: Much ink has been spilled over the U.S. Navy’s new Columbia-class submarines, the successors to the Cold War-era Ohio-class ballistic missile submarines — and for good reason. Once in service, they’ll be the most survivable leg of the United States’ nuclear triad: able to lie in wait, underwater and undetected and ready to launch nuclear-tipped intercontinental ballistic missiles virtually anywhere, at a moment’s notice by order of the Commander-in-Chief.

Still, the Columbia-class has yet to enter service with the United States Navy for another decade. Until then, the Ohio class reigns supreme.

The Ohios are often referred to as the Navy’s “boomers” owing to their extended patrol and nuclear-tipped intercontinental ballistic missile capability. However, not all of the Navy’s Ohios are nuclear-armed: in 1994, the four oldest Ohio-class submarines underwent a conversion process to equip them with a special operations support and land attack capability in place of their nuclear payload. To that end, those submarines had their Trident nuclear missiles removed and replaced with shorter range, non-nuclear Tomahawk cruise missiles, which freed up space to support up to 66 special operations personnel, in general, Navy SEALs or Marine Raiders.

As a part of the 2010 New Strategic Arms Reduction Treaty, each of the 14 Trident missile-carrying Ohio’s had four of their missile tubes deactivated, bringing the number of onboard missiles down to 20 from 24.

As the Ohio-class is nuclear powered, they can operate for over a decade without needing to refuel or without requiring any major overhaul. Typically however the Ohios are underway conducting deterrence patrols for about 77 days. After completion, the submarines then stay in port for just over a month for provisions and routine maintenance. The longest known Ohio patrol, conducted by the USS Pennsylvania in 2014, lasted for 140 days, a Navy record.

A little while back, one of the Navy’s boomers, the USS Alaska, made a publicized port stop at Gibraltar, though the submarine’s home port is in Kings Bay, Georgia. The Navy described the stop in Gibraltar as a “brief stop” that “strengthens cooperation between the United States and the United Kingdom-Gibraltar, and demonstrates U.S. capability, readiness, flexibility, and continuing commitment as part of NATO.”

It is rather unusual for one of the United States Navy’s most powerful weapon platforms to be so publicly announced, though when considering the USS Alaska’s awesome payload, it is probably better to be completely publicly forthright: enemies beware, there is a boomer out and about.

Caleb Larson is a Defense based in Europe. He holds a Master of Public Policy and covers U.S. and Russian security, European defense issues, and German politics and culture.

In this article:Navy, NotHome, Nuclear Weapons, Ohio-class, Russia, US Navy