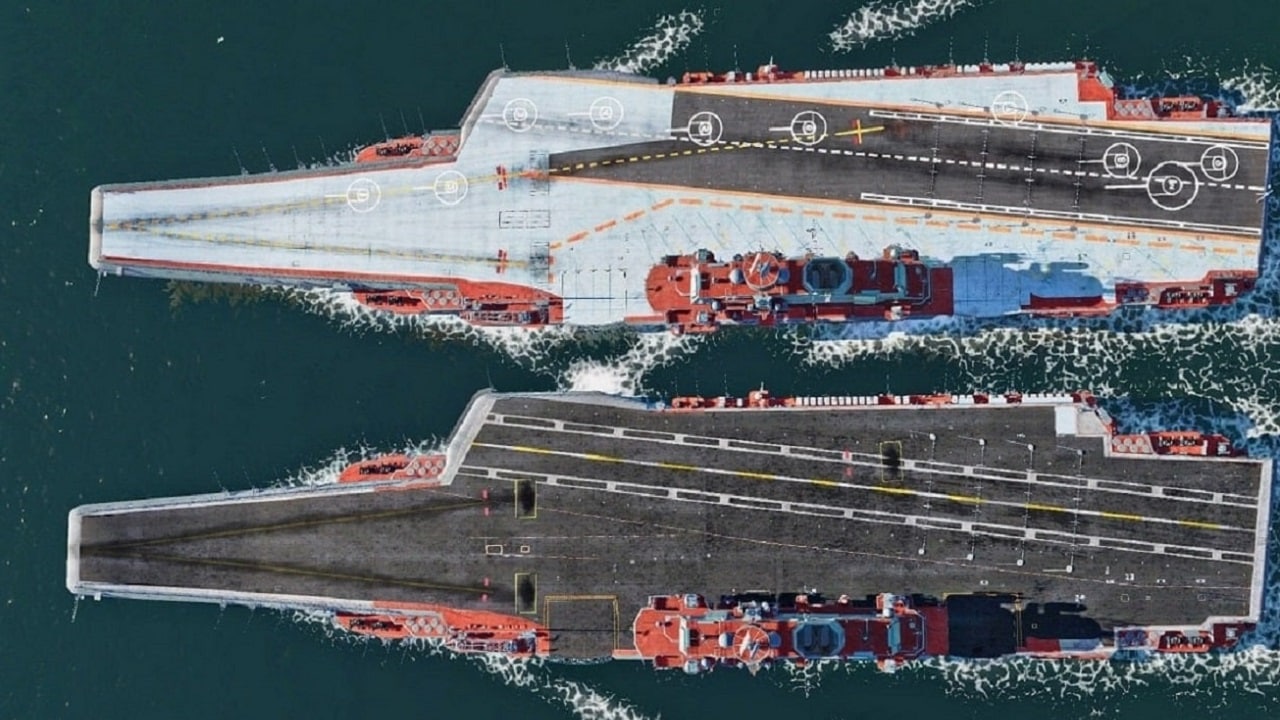 Admiral Kuznetsov before and after a refit. Image Credit: Creative Commons.

Russia only has a single aircraft carrier that may never sail again. If only it could get brought up to speed and modernized: Russia’s only aircraft carrier, the Admiral Kuznetsov, is perhaps best known for the myriad misfortunes and problems to have befallen the Soviet behemoth, leading some to call it a sort of cursed ship — and for good reason. But if Moscow could get it working and in combat shape, it would be a tough warship to fight.

In 2017, Admiral Kuznetsov made a combat deployment to Syria. En route to the Middle East, the large carrier transitioned through the English Channel, where it was seen spewing out thick black smoke from its smokestack. Some suggested that the carrier would be more of a threat to the environment than to enemy combatants.

A year later, the Admiral Kuznetsov suffered damage to its hull, when the dry dock it was berthed in sank to the ocean floor. During the course of the dock sinking, a large crane struck the side of the aircraft carrier, carving a large hole in the Admiral Kuznetsov’s side.

The third and so far final mishap came in 2019 when a fire broke out onboard the unlucky Russian ship during maintenance. The damage was estimated at $1-1.5 billion.

Misfortunes aside, one of the other remarkable aspects of the aircraft carrier is its long and rather odd designation as a heavy aircraft-carrying missile cruiser. A visual comparison of the Admiral Kuznetsov and say, an American supercarrier like the Gerald R. Ford, reveals why:  the Russian ship is armed to the teeth.

In addition to 24 air defense rotary missile launchers equipped with 8 missiles each, the Admiral Kuznetsov also has six AK-360 rotary cannons that fire 30mm projectiles for point defense and a whopping 8 Kashtan close-in weapon systems. The Admiral Kuznetsov even sports its own anti-torpedo and anti-submarine defenses, rather than having to rely on other supporting ships to defend from underwater threats.

If She Can Sail, She Can Kill

Taken as a whole, these formidable weapon systems would make the Admiral Kuznetsov — unreliable and clunky as it may be — a hard nut to crack. However, these weapons are defensive in nature. The Admiral Kuznetsov’s real secret is its incredibly powerful offensive weapons.

The aircraft carrier also packs 12 enormous P-700 Granit anti-ship cruise missiles onboard. These missiles are massive — tipping the scales at 7,000 kilos each, or nearly 15,500 pounds. But despite their size, they’re fast, around Mach 1.6 at low altitude, and possibly as high as Mach 2.5 at higher altitude.

In addition, they’re said to be networked together. Launched in a salvo of perhaps four or 8 missiles, one of the P-700s flies higher than the rest and acts as a target designator, able to differentiate targets by value and assigning targets to the other missiles in the swarm. If the targeting missile is destroyed, another P-700 takes its place. These missiles are of a decidedly offensive nature. 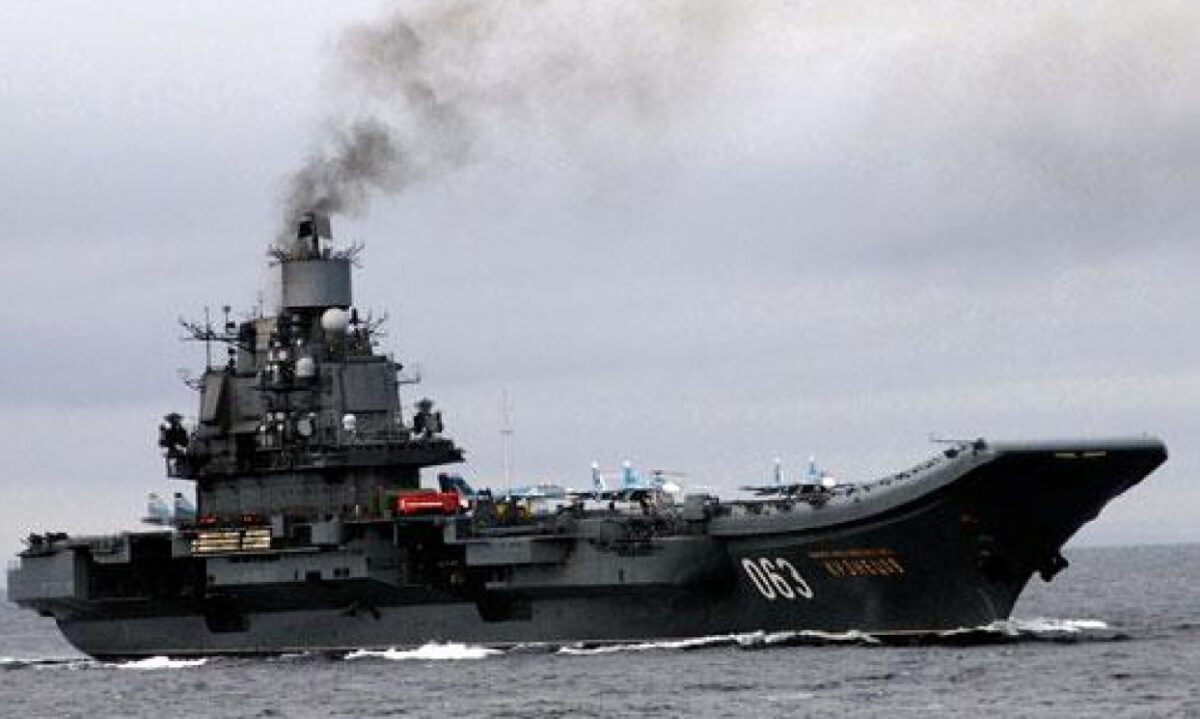 It is unclear if the Admiral Kuznetsov still carries its formidable weapons belowdecks, as removing them would free up valuable space below for additional aircraft. Still, it’s something that nobody would likely put to the test: in addition to conventional high explosive warheads, the P-700 can also be equipped with nuclear weapons.