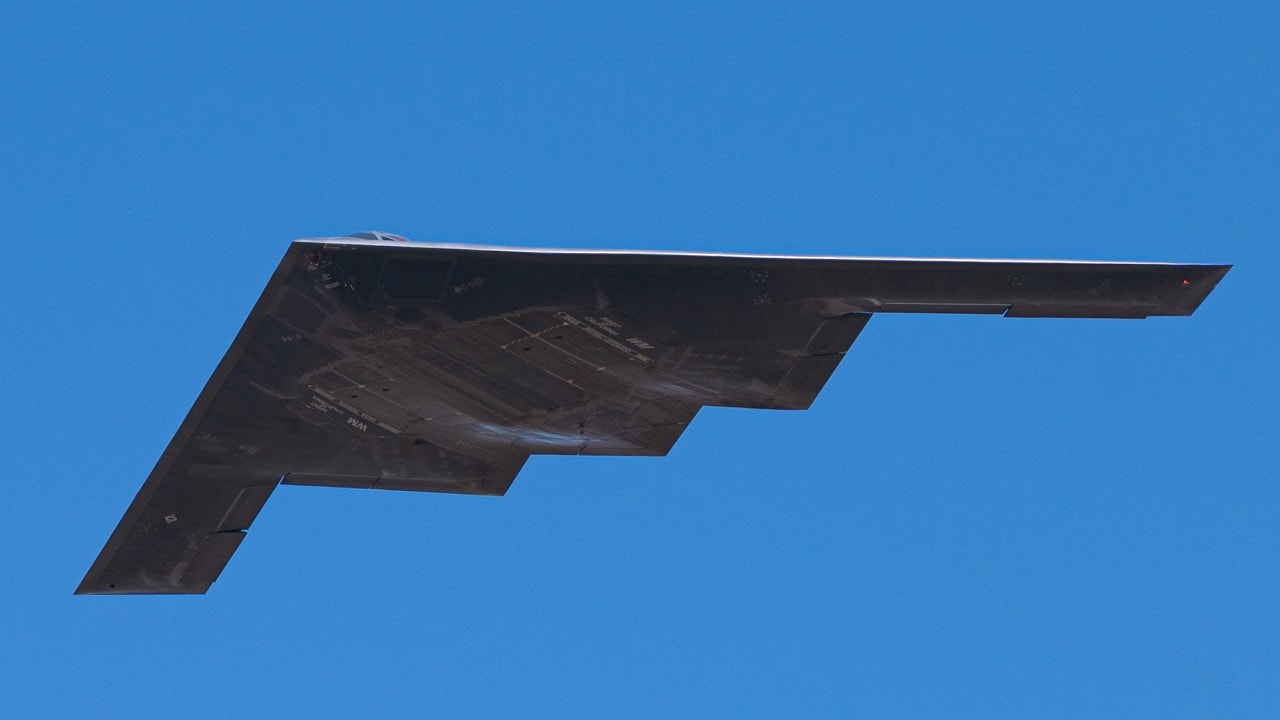 The B-2 Spirit stealth bomber is one of the most powerful weapons in the US Air Force’s arsenal and is feared by China and Russia for good reason. And yet, she accidentally already went to “war” with Beijing back in 1999, although quite by accident: During NATO’s 1999 air war over Yugoslavia, the Atlantic alliance struck hundreds of targets over Serbia and Kosovo. Most were uncontroversial: air-defense sites, army headquarters and other military targets. The destruction of one target in particular, however, set off a wave of anti-Western—and anti-American in particular—protests half a world away. That target was the Chinese embassy in Belgrade.

NATO’s bombing campaign began on March 24, 1999, after peace talks meant to stop the persecution of ethnic Albanians in Kosovo collapsed. Targets in both Yugoslavia and Kosovo were struck—first the Serb air defense network that opposed NATO planes, then a broader target array including Yugoslav army forces said to be directly involved in the persecution of Kosovars. The target list also included political-military targets inside the Yugoslav capital of Belgrade itself.

Overall, twenty-eight thousand bombs and other munitions were exploded over Yugoslavia, a country the size of Ohio. William Cohen, then secretary of defense, characterized Allied Force as “the most precise application of airpower in history.” Some five hundred civilians died in the bombing, a remarkably low number for such a high number of munitions expended. In its own account of the campaign, NATO stresses that targets were “carefully selected” and that “massive effort was made to minimise the impact of the air campaign on the Serb civilian population.”

Despite the seemingly extensive target vetting, on May 7 the Chinese embassy in Belgrade was struck by five Joint Directed Attack Munition satellite-guided bombs, delivered by U.S. Air Force B-2 Spirit bombers. Three Chinese journalists—Shao Yunhuan of Xinhua, and Xu Xinghu and his wife Zhu Ying of the Guangming Daily—were killed in the attack. Twenty other Chinese nationals were injured, five seriously.

In response, President Bill Clinton made a rare public apology to the China. Clinton gave his “profound condolences” to the Chinese, saying the attack was a mistake. NATO claimed it was acting on information that the embassy was actually the headquarters of the Yugoslav Federal Directorate for Supply and Procurement (FDSP).

In his detailed explanation to Chinese officials of the target selection process, Under Secretary of State Thomas Pickering stated that the United States believed it was striking a state-sponsored proliferator of missile parts to Libya and Iraq and a Yugoslav military logistics facility. Pickering blamed “multiple factors and errors” that stretched back to 1997, and cited three main failures: the flawed technique used to identify the FDSP building, the U.S. military and intelligence community’s complete lack of understanding of where the Chinese embassy was actually located, and the lack of vetting the FDSP’s location with anyone who actually knew better. As Pickering pointed out, although many U.S. and NATO diplomats must have actually visited the Chinese embassy in the four years since it moved, its new location had not been updated in “no-target” databases.

Despite assurances that the attack was a mistake, a wave of anti-American protests spread across China, targeting the U.S. embassy in Beijing and consular facilities in other major cities. Tens of thousands of Chinese demonstrated in Beijing, and U.S. diplomatic buildings suffered damage from vandalism. Chinese authorities cordoned off the buildings from protesters, but otherwise allowed them to continue.

Across China, the general consensus was that the destruction of the embassy in Belgrade was intentional. Even the Chinese government did not believe that the embassy was bombed because of an out-of-date map. The attack, intentional or not, tapped into a deep vein of anti-foreigner sentiment in China dating back hundreds of years. Chinese people, having lived their entire lives with the knowledge of unequal treaties, demands, and other aspects of colonialism forced upon a weak China, viewed the attack as yet another humiliation imposed by foreign powers. Much of the anti-Western sentiment was heartfelt.

At the same time, however, there was evidence that the Chinese Communist Party encouraged the anti-Western protests. Chinese authorities allegedly organized the protests through Communist Party cadres assigned to universities. Bottles, stones, bricks, paint and even Molotov cocktails were thrown at the U.S. embassy in Beijing. In Chengdu, the consul’s residence was set on fire. Given the tight control the Chinese Communist Party exerts over the country, it is difficult to imagine that the more violent protests were at least tacitly allowed to occur. Then again, it’s difficult to imagine that the vast U.S. military and intelligence apparatus could mistake an embassy with a traditional Chinese green tiled roof for a military logistical hub.

The rush to conspiracy on the part of China is in some ways understandable. There is no obvious reason why the Chinese embassy in Belgrade should be bombed, especially by an all-seeing and all-powerful American military. Simple stupidity simply can’t be the cause; terrible acts such as the bombing of the Chinese embassy must have equally terrible causes, such as a mysterious, racist, imperialist urge to once again humiliate the great Chinese people.

Yet to what end? There was no logical reason to intentionally bomb the embassy and provoke China, nor was there a great swelling of anti-Chinese feeling in America that would have provoked such an act. Ultimately, the conspiracy explanation lacks motive. Hanlon’s razor says it best: never attribute to malice that which is adequately explained by stupidity.

In this article:Air Force, B-2, B-2 Spirit, B-2 Stealth Bomber, China, NotHome