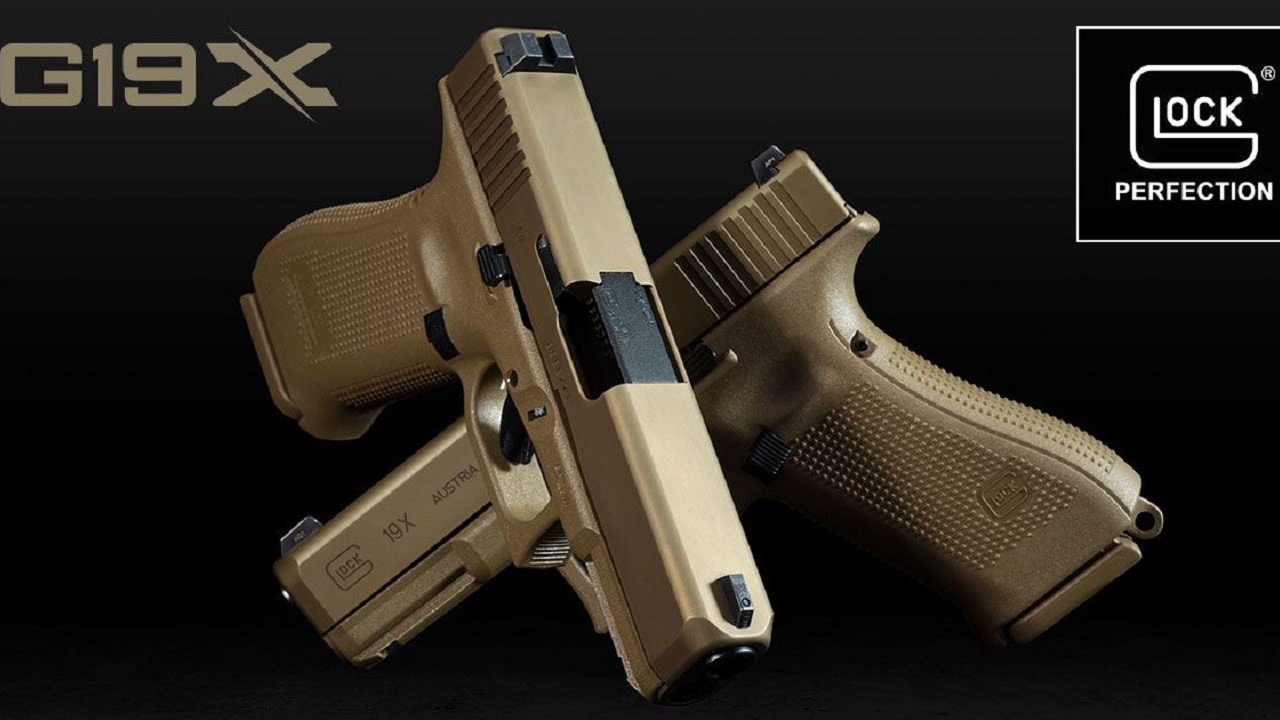 Glock tried to win the hearts of the US Army. While that did not work out, consumers won – Sometimes second place is just not good enough. The Glock 19X almost won the XM17 Modular Handgun System competition to replace the Beretta M9. Glock was so close that the famous Austrian gun maker filed a complaint with the U.S. Government to protest the decision that awarded the contract to SIG Sauer. The government said the SIG entrants, military versions of the P320 pistol, came in cheaper than the Glock proposal. SIG Sauer also had an ammunition partnership with Winchester that Glock didn’t have. SIG submitted two models for testing and Glock entered only its full-size version.

If you judged Glock just on how many law enforcement agencies around the world use one of its models, the company would have won the award. In the United States alone, Glocks have proliferated mightily and are used by the majority of police departments around the country. An estimated 65 percent of local, state, and federal law enforcement agencies have adopted some form of the Glock pistol. This includes the FBI, Customs and Border Protection, and the Secret Service.

Civilians and Military Prefer Glock Too

The Glock 19X is also popular with civilians even though it lost the XM Modular Handgun System bid. As soon as it was released to the public in 2018, it sold 100,000 pistols in less than six months.

Even though SIG won the trials, Glock is still widespread in the U.S. military. In September 2021, The army awarded a five-year, $15 million contract to Glock “for various firearms, spare magazines, and spare parts.” Glock remains widespread in various special operations forces units.

Let’s take a look at what makes the Glock 19X special and why it came up short against the SIG Sauer M17/ M18.

Glock 19X Brings A Lot to the Table

The Glock 19X is Glock’s first “crossover” pistol, it adds the full-size Glock 17 polymer frame to the smaller Glock 19 all-metal slide. The 19X has ambidextrous controls, and the company lauds its excellent accuracy due to the GLOCK Marksman Barrel, a polygonally rifled barrel. The nPVD slide coating keeps the corrosion down to a minimum. It’s “coyote colored” rather than the classic black that Glock is known for.

It weighs around 31-ounces loaded. The barrel length is a hair over 4-inches and the overall length is 7.4-inches.

Reviewers Are Happy With the 19X

1945 firearm reviewer Richard Douglas is enthusiastic about the 19X.

“Accuracy is good, as is par for the course for Glocks. Pinging targets at 25 yards is no issue and groupings tighten up significantly at less than 15 yards, but you can still be pretty bang-on at longer ranges if you’re a good shot (or maybe it’s just my red dot). I mostly shoot at less than 15 yards to drill for concealed carry situations and the 19X is great for that.”

But Why Did the Glock 19X Lose the Competition to Be the Military’s Standard Issue?

After Glock filed a complaint after losing the initial competition, the Government Accountability Office did a head-to-head test between the Glock 19X and the Sig Sauer M17/ 18 for a final determination.

The 19X was outstanding in initial reliability; only “acceptable” in warfighter ergonomics; and “marginal” in ammunition licensing.

So, the deciding factors were ammunition licensing, price, and ergonomics. SIG Sauer was smart to have the ammunition partnership with Winchester. And Glock took the silver medal, but in consolation, got a pistol that is still popular in the civilian market.