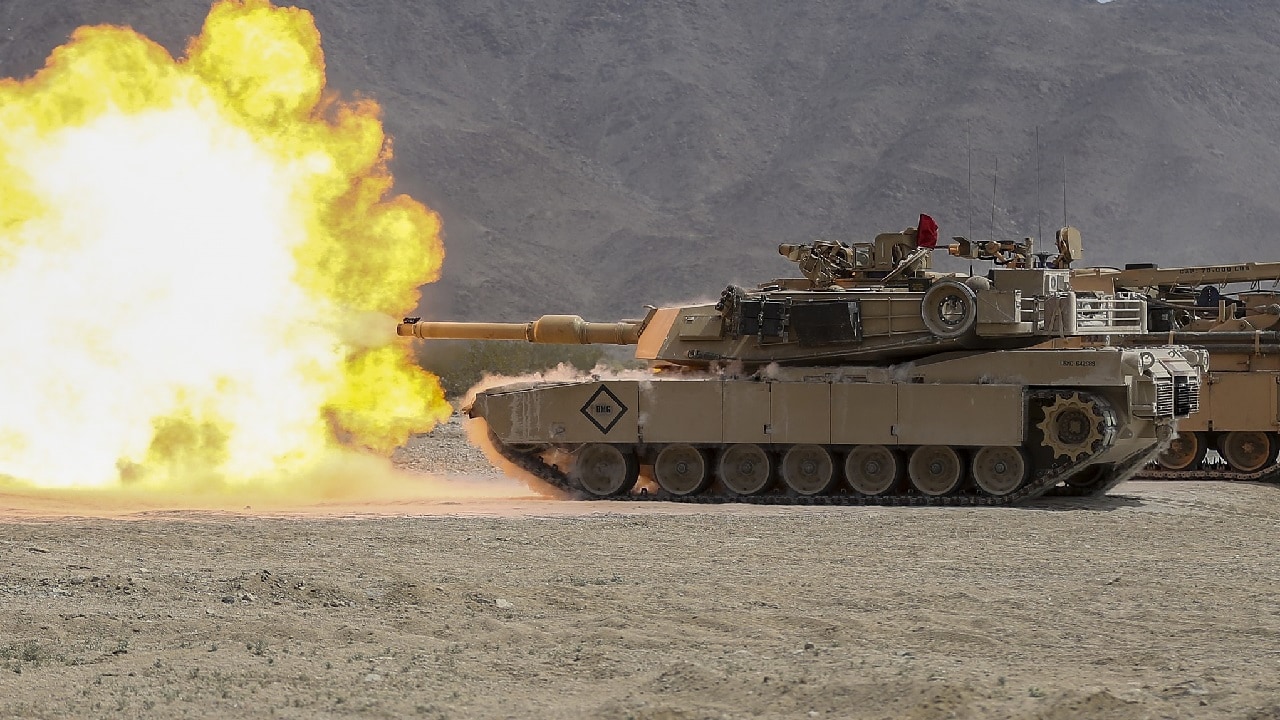 The M1 Abrams is a child of the Cold War and is over 40 years old. And yet, it keeps getting upgraded to keep up with newer tanks like the T-90 and Armata from Russia. How is that possible?  Tankers describe the M1A2 Abrams as “twisted steel with lots of appeal.”

That’s the G-rated version. The Army version of that phrase is a lot spicier.

But the M1 Abrams doesn’t need a long introduction.

You already know the tank is popular and powerful. But what are its top attributes? Firepower, armor, and speed are the ones that jump out. The gun doesn’t disappoint. It gets an ‘A’ for protection and survivability. Plus, its velocity and maneuverability are top-notch.

Here is a quick rundown of why the M1 Abrams dominate the battlefield:

Watch Out for this Main Gun

The M1 Abrams originally had a 105 mm L/52 M68A1 rifled gun. Rifling creates more friction in the tube and thus a smoothbore gun is more desirable. The M1 graduated in 1985 to the M1A1 version. During that development period, the tank was armed with a more powerful 120 mm L/44 M256A1 smoothbore gun.

The Munitions Will Reach Out and Touch the Enemy

The Abrams fires a high-explosive anti-tank round and a powerful depleted uranium shell. The high-explosive obstacle reduction round is for destroying light armored vehicles and bunkers. The canister round sends out 1,100 tungsten balls which enable the canister to serve as a “shotgun” shell against enemy soldiers in the open.

A fifth-generation kinetic energy round is in development. It will send a sub-caliber munition at high speed to “provide the most effective armor-defeat capability in the world,” according to the U.S. Army Acquisition Support Center.

Armor is Top of the Line

The M1A2 Abrams is mainly comprised of rolled homogeneous armor steel plating and British spaced Chobham composite armor. It also has layers of depleted uranium armor. This high density – 1.7 times denser than lead-depleted uranium armor mesh offers outstanding protection and has been added to the tank’s hull and turret front.

You Can’t Beat This Engine

It boasts a 1,500-horsepower Honeywell AGT1500 gas turbine engine that can use different fuels. It has 2,768 foot-pounds of torque at 3,000 rpm. The gas turbine was once a type of helicopter engine that was changed to power tanks. The maximum speed is 42 miles per hour, faster than many competing tanks, and its range is 265 miles.

The engine also runs quieter than other tanks.

Dominant During the First Gulf War

The M1 Abrams has been in service for over 40 years.

Its best performance happened during Operation Desert Storm. The United States lost only 18 Abrams tanks, with nine removed from the battlefield due to damages. Only nine were destroyed completely and there were no casualties to the tank crewmen.

The M1 Abrams Is Basically Unstoppable

The M1 Abrams has a fearsome gun, excellent protection, and high-speed and agile maneuverability. Those are the three aspects that stand apart. But numerous upgrades have also given the Abrams excellent communication systems, enviable fire targeting, and survivable counter-measures. It easily ranks as one of the best tanks in the world, if not the best tank ever.