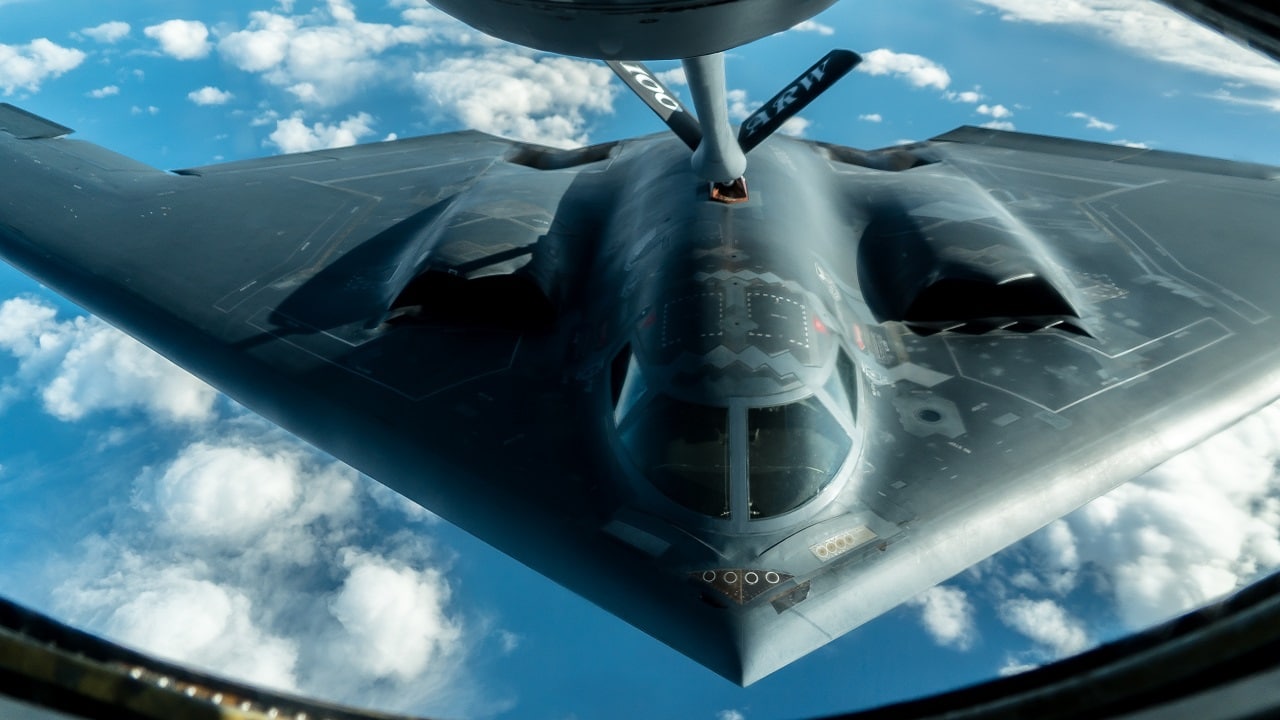 The H-20 stealth bomber could be a new Chinese effort to build an aircraft like the B-2 Spirit. Will China be able to make this happen? Last year, the Chinese military shared a short promotional video that likely included some footage of its still-to-be officially unveiled Xian H-20 stealth bomber.

The video—titled “Dream of Youth”—first appeared on YouTube in January and it followed a pair of young recruits as they try to become pilots for the Chinese People’s Liberation Army Air Force (PLAAF).

Seen only in a reflection of one of the pilot’s helmet visors, the video footage did not provide any detailed visual of the aircraft, but as noted by many across social media, it was suggested that the plane was, in fact, the Xian H-20 and quickly earned comparisons to the U.S. Air Force’s B-2 Spirit bomber and the upcoming B-21 Raider.

Several months later, an edition of Modern Weaponry, a monthly magazine run by state defense corporation China North Industries Group, or Norinco, appeared to show four computer-generated pictures of the design of the Xian H-20. Such computer-crafted photos of the bomber—which has been under development for years—have never been officially released to the public.

According to defense writer Kristin Huang at the South China Morning Post, “China’s next-generation Xian H-20 strategic bomber may have adopted a stealthy flying wing design that can help it strike targets in the second island chain and beyond, an analyst said after images of the aircraft’s design were published.”

She continues: “The four pictures suggested that the aircraft has a weapon bay, two adjustable tail wings, an airborne radar at the front and two stealth air intakes on both sides, all covered in a dark grey radar-absorbent material. Its shape is very similar to that of aircraft shown in a promotional video in January.”

Huang goes on to note that “previous reports had said that the H-20 would be equipped with nuclear and conventional missiles, have a maximum take-off weight of at least 200 tons and a payload of up to 45 tons, and was expected to fly at subsonic speeds and potentially fire four powerful hypersonic stealth cruise missiles.”

Defense writers at the War Zone added that “this aircraft will reportedly have a roughly 4,000 to 5,000 mile combat radius, be able to carry heavy weapons loads internally, and, according to DIA (Defense Intelligence Agency), have an active electronically scanned array (AESA) radar to better spot targets, threats, and other hazards.”

Furthermore, “with a load of CJ-10K or CJ-20 land-attack cruise missiles, both of which can carry conventional or nuclear warheads, the H-20 would give China a completely new strategic capability and a new way to hold targets across the Pacific and Asia at risk,” they continue.

Jon Grevatt, a warplane specialist and Asia-Pacific defense analyst at Janes, told the South China Morning Post that he believes that the released photos prove that the H-20 is giving more priority to stealth and distance rather than speed.

“So, that means the strategic kind of advantage of that aircraft is that it would be able to strike as what they call a strategic bomber, so it will be able to strike targets a long distance away, perhaps in the second island chain and beyond,” he said.

“That means it would threaten U.S. assets and interests in the Asia-Pacific. If the aircraft becomes operational, it has the potential to be a game-changer,” he added.