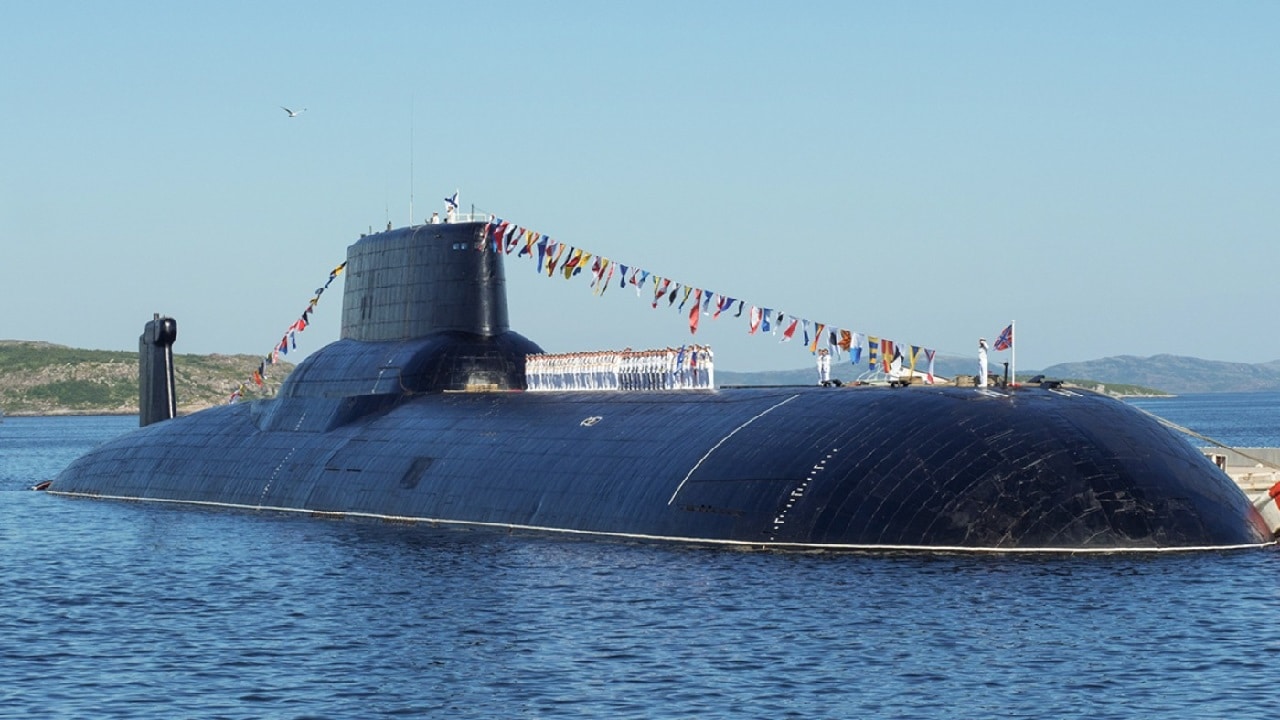 The Typhoon-class submarines were cold war submarine monsters and the biggest subs ever built. Their mission would have been to wage a nuclear war against the United States and its allies: The Russian Typhoon-class submarine is massive. According to Russian sources, a submerged Typhoon-class displaces 48,000 tons. For a sense of size, the largest submarines in the United States’ arsenal, the much-vaunted Ohio-class, displace just shy of 19,000 tons, making the Typhoons two-and-a-half times as large by displacement.

The massive size of the Typhoon-class is due to its correspondingly large ballistic missiles. The U.S. Naval Institute explains just how large these missiles are:

“The R-39 (NATO SS-N-20) missile on board a Typhoon weighs 90 tons at launch, including a massive collar from which the missile hangs (for shock isolation). The collar also seals the tube so that the gas generator inside can pop the missile out. The collar is discarded as the missile flies out above the launch tube. By way of contrast, the R-29RM (NATO SSN-23) on a Delta IV, which has much the same performance as an R-39, weighs only 40.3 tons, and is only 1.9 meters (rather than 2.4 meters) in diameter. It has no shock collar. The equivalent U.S. missile, the solid-fuel Trident D-5, weighs about 59 tons and is 2.11 meters in diameter.”

According to the U.S. Naval Institute, this massive disparity in size between the American and Soviet/Russian missiles is due to the differences in plastics industry maturity, which in the United States, was able to create both plastic children’s toys, as well as important binders for solid-fuel missile components.

Due to their massive size, the Typhoon-class has many amenities onboard that would be unheard of in any other submarine class — some bordering on the ridiculous. There is apparently a pool, a sauna, a waterfall, and even a bird aviary onboard.

Ultimately, all except one lonely Typhoon have been either retired or laid up — and several were done in by the Americans and Canadians — not in combat, but as a part of an arms reduction deal, START-3. In 2012, a number of missiles that the Typhoon-class was capable of carrying were scrapped as well, again with significant financial help from the United States.

As recently as 2019, a Vice-Admiral in Russia’s Navy insisted that the class could be outfitted with hundreds of cruise missiles, essentially giving the submarines a new lease on life as massive-retaliation missile carriers. This may, however, be simply an attempt to regain some prestige, lost when several of the class were scrapped with the help of U.S. and Canadian dollars.