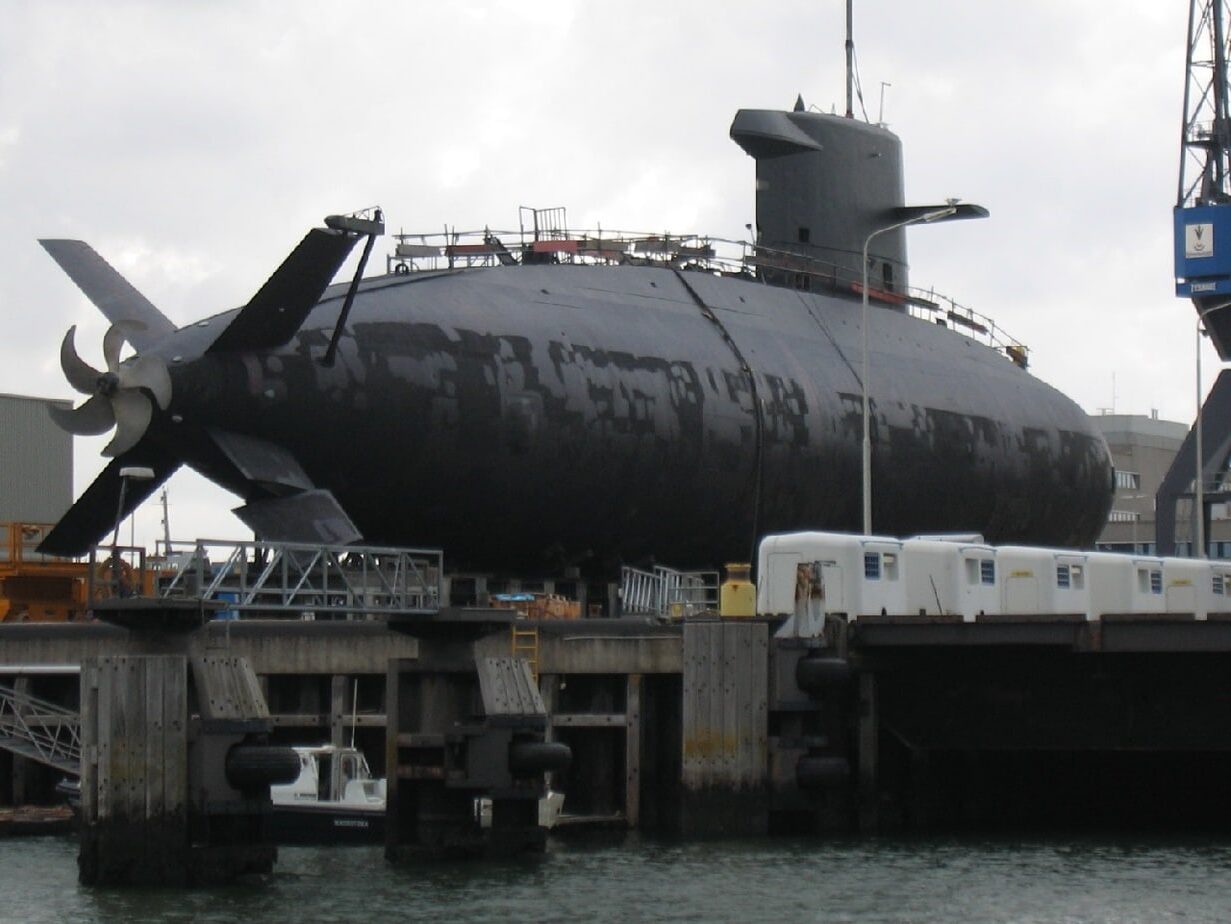 The Walrus-Class Submarine, Explained: Throughout the 20th century, the Royal Netherlands Navy made several unique contributions to military submarine design, notably the snorkel, and in 1942, Dutch submarines operating in the Far East sank more Japanese vessels than their American counterparts. During the Cold War, the submarines of Royal Netherlands Navy continued their proud traditions – and in the 1980s introduced Walrus-class submarines.

Specifically designed for hunting Russian submarines during the Cold War, the boats of the Walrus-class earned a good reputation in the early post-Cold War world. The diesel-electric submarines have been used in a number of international military exercises, but have also been tasked with many highly classified intelligence gathering operations, and even have been deployed in anti-piracy missions off the coast of Somalia.

Due to a fire that broke out during the construction of the lead boat, HNLMS Walrus (S802), the first of the class to enter service was actually the HNLMS Zeeleeuw (S803) – a fact that has led to some confusion over the name of the class.

The boats feature notable internal improvements over the preceding Zwaardvis-class, including more powerful machinery. The three diesel generators have SEMT-Pielstick PA4V200 12-cyliner engines that deliver 4,700 kW (6,300 shp), while one electric motor provides 5,150 kW (6,910 shp) to a single shaft. On the surface, the submarines can reach a top speed of 13 knots, while submerged the boats have a maximum speed of 9 knots.

Displacing 2,490 tonnes (2,450 tons), each of the Walrus-class submarines are 222 feet (67.5 meters) in length, have a beam of 27 feet, seven inches (8.4 meters) and a draught of 21 feet, eight inches (6.6 meters). The submarines have a double-deck hull configuration that features a “teardrop” from. It is constructed of high-tensile steel and has a minimum number of apertures and welded joints.

The Walrus-class is unique in that its dive planes and rudders are arranged in an “X” configuration, rather than a vertical-horizontal cross. That “X-form” after-plane configuration requires a complex computerized control.

The submarines of the Walrus-class are equipped with four 21-inch (533mm) torpedo tubes, and each can carry up to twenty torpedoes or forty mines, as well as the UGM-84 Harpoon surface-to-surface missile.

The submarines were in high demand by NATO as they are noted to be extremely silent. During the multi-national “Joint Task Force Exercise/Theatre Missile Defence Initiative 1999” (JTFEX/TMDI99) HNLMS Walrus successfully penetrated the U.S. Navy screen and “sank” several ships, including the Nimitz-class aircraft carrier USS Theodore Roosevelt (CVN-71) before escaping.

While the Dutch Ministry of Defense had announced plans to begin the development of a new class of submarines in November 2014 to replace the aging Walrus-class; in early April 2022, the Dutch parliament announced that at least two of the Walrus-class boats would be extended in service until the mid-2030s.