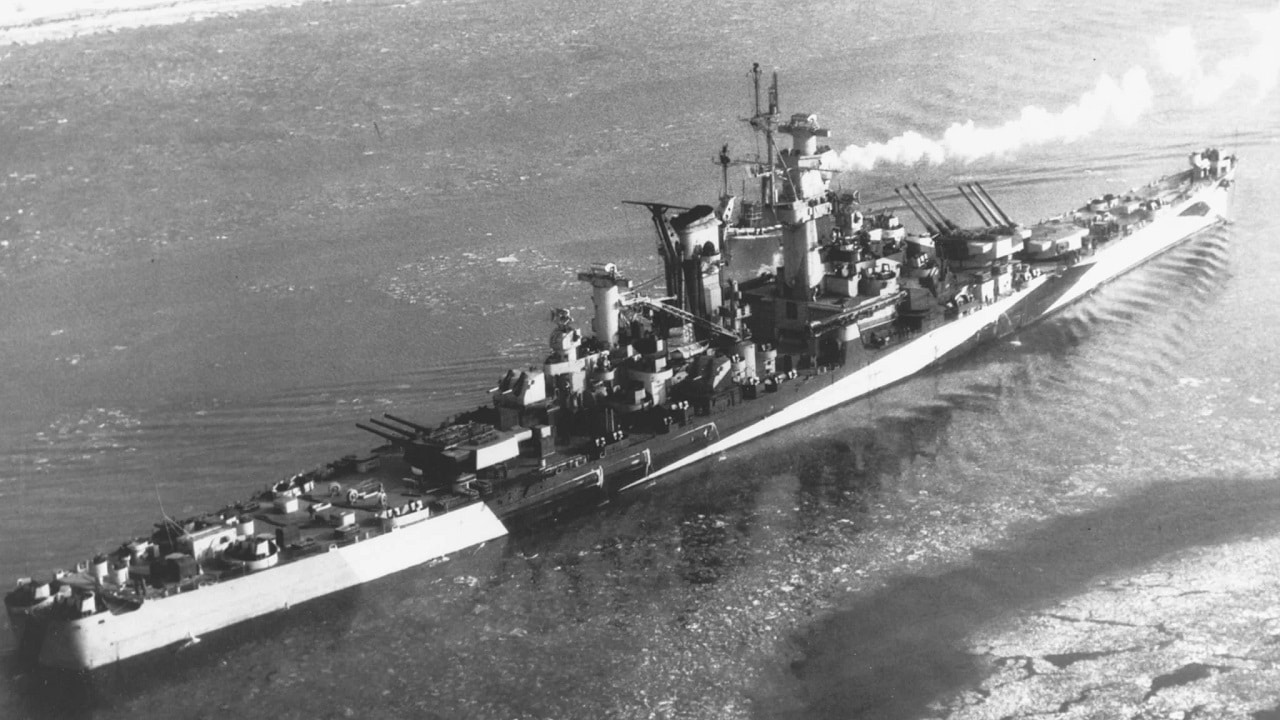 The Alaska-class seemed like a good idea in theory. And, yet, these mini-battleships, or what we know today and formally called a battlecruiser, failed for many reasons. Here is why: The concept of “battlecruiser” had been conceived in the early 20th century as an evolution of the armored cruiser. The idea was to create a warship that had the speed of a fast cruiser with a powerful main battery that was near on par with that of a battleship. However, after the First World War, the Washington Naval Treaty of 1922 essentially limited the number of capital ships that the major powers could possess and that included the battlecruiser.

As a result, the United States Navy, which had built a fleet of battleships, had been a latecomer to the battlecruiser concept. It wasn’t until the late 1930s that a need for such a warship was even seen.

The origin of the Alaska­-class began in the 1930s when Nazi Germany developed a class of large yet fast cruisers that the British Royal Navy dubbed “pocket battleships.” The U.S. Navy sought to counter those warships with the Alaska-class. However, the development of this new class of warship had actually lingered on the drawing board until the U.S. Navy responded to the rumors that Japan was building its own “super cruisers.”

President Franklin D. Roosevelt has been credited with supporting the program, which was thus created as much from politics as from true wartime thinking.

Designed to prowl the oceans and hunt down enemy commerce raiders, these “battlecruisers” possessed high speed and considerable firepower; yet weren’t powerful enough and lacked the armor protection to take on actual battleships. As a result, critics of the vessels have suggested they were both state of the art and obsolete at the same time.

All six of the subsequently planned vessels were to be named after territories or insular areas of the United States and the reason was somewhat fitting in that these weren’t battleships, which are typically named for states; nor were the ships actually cruisers, which had been named for cities and town. The Alaska-class was essentially a new, and even unchartered, territory in warship design.

According to Jane’s Fighting Ships of World War II –originally published by the military analyst firm as Jane’s Fighting Ships 1940/41/42/43/44/45 – all were “Ordered in September and officially described as ‘Larger Cruisers.’ In fact, they are the first battlecruisers to be ordered by any Navy since the Washington Conference met in 1921. The 12-inch guns are of a new and powerful model. Inclusive cost is officially estimated at $74,066,000 per ship. Three more ships of this type, Philippines, Puerto Rico and Samoa, authorized in 1940, were cancelled on June 24, 1943. Hawaii, still incomplete has been laid up awaiting final decision concerning armament, which may be modified to include rocket projectors.”

USS Alaska (CB-1) entered service in June 1944, while her sister USS Guam (CB-2) joined the fleet a few months later. A third ship in the class, USS Hawaii (CB-3), was laid down and still under construction when the war ended, while the three additionally planned vessels were subsequently canceled.

Displacing nearly 34,253 long tons under full load, the Alaska-class was slightly on the large end for cruisers but was by no means a battleship. The ships essentially arrived in time to meet a threat that no longer existed.

They were fitted with nine 12-inch/50 caliber Mark 8 naval guns, a barrel size not actually used by the U.S. Navy in three decades; however, it was actually a new breed of naval cannon. It was able to fire special “super heavy” shells that offered performance slightly superior to that of the older battleships mounting 14-inch naval guns. The Mark 8 was actually considered the most powerful naval gun of the war in terms of size.

The Alaska-class was designed to resist cruiser guns though it lacked the armor of the larger battle wagons. Additionally, the vessels were designed without a torpedo defense system, so they couldn’t have easily prowled on enemy shipping on their own.

However, what the ships lacked in armor and protection they made up for in speed as the ships could achieve up to 33 knots, which allowed them to keep pace with carriers – at least in theory. Due to the length of the battlecruiser and its single rudder meant it had a large turning radius of 800 yards, which wouldn’t have been ideal in combat.

Fortunately, the two vessels were never actually put to the test.

Neither USS Alaska nor USS Guam ever actually faced Japanese battlecruisers in combat, and instead, both ships served largely in support of U.S. landings and escort roles. During the summer of 1945, the two ships conducted several shore bombardment missions, and when the war ended each provided assistance in the transfer of power of Korea from Japanese to Allied forces. Both ships participated in Operation Magic Carpet, the repatriation of American forces.

The two battlecruisers were decommissioned in February 1947 and remained in the reserve fleet in New Jersey until the 1960s, when each was broken up for scrap. As noted by Jane’s, the third ship of the class, the unfinished USS Hawaii was briefly considered for conversion to a guided-missile cruiser to fire the U.S. Navy’s version of the German V-2 Rocket, but the plan failed to get past lawmakers in Congress, and later to have her operate as a command ship alongside the Baltimore-class cruiser USS Northampton, but never project moved forward. The incomplete ship was scrapped in 1959 and with it ended the U.S. Navy’s experiment with the battlecruiser.

Now a Senior Editor for 1945, Peter Suciu is a Michigan-based writer who has contributed to more than four dozen magazines, newspapers and websites. He regularly writes about military hardware, and is the author of several books on military headgear including A Gallery of Military Headdress, which is available on Amazon.com. Peter is also a Contributing Writer for Forbes.
In this article:Alaska, Alaska-class, Battlecruiser, Battleship, NotHome, US Navy