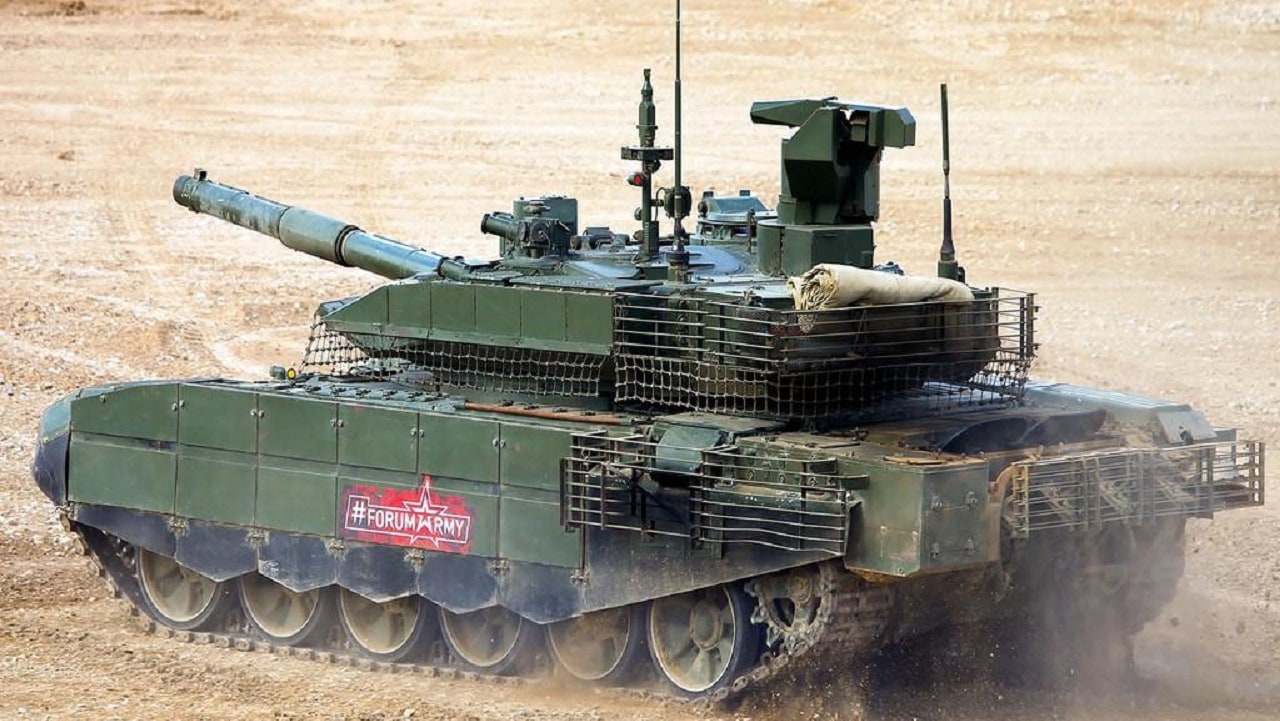 It was seemingly big news in Ukraine when the presence of Russian T-90M “Proryv” battle tanks was reported in Kharkiv Oblast on April 25. An upgraded version of the T-90, the tank was supposed to have virtually indestructible armor—putting the effectiveness of Ukraine’s Javelin anti-tank rockets and British NLAWs that had been knocking out older Russian tanks in jeopardy.

Yet it wasn’t long before more news emerged of a charred T-90M reportedly laid to waste by the very same Javelin anti-tank rocket system it was said to be invulnerable against.

To be sure, the T-90M is a far cry from the T-72s and T-80s that the Ukrainian military’s anti-tank capabilities have been ripping through since February 24. The “modernized” third generation tank first rolled out in 2017 with significant improvements over its T-90 predecessor: substantially improved, multilayered ERA (explosive-reactive armor), a new 2A46M-4 125mm smoothbore main gun in a modernized turret (with longer range and reported improvements in accuracy of 15-20 percent), and the ability to fire anti-tank guided missiles up to four or five kilometers away.

In addition, this upgraded T-90 features a diesel engine capable of running at somewhere between 1,000 and 1,130 horsepower, an auxiliary power unit and a self-entrenching blade to dig itself in should the mission require it.

In short, the T-90M was supposed to be the Ukrainian military’s worst fear: a bête noire meant to overcome the difficulties of Russia’s less capable and less sophisticated tanks.

And yet despite predictions the T-90M would survive Javelins, it seems it is in fact vulnerable to them after all. How has the Russian military’s most advanced operational battlefield tank run into such problems?

The T-90M Isn’t Perfect or Invincible

The truth of the matter is that it was never clear the T-90M would survive the Ukrainian battlefield. In Syria, for example, five T-90s were destroyed by Syrian militants with standard anti-tank weaponry. Though not T-90Ms, such weakness would certainly leave one wondering if the upgraded T-90M would live up to the hype.

Perhaps the tank’s greatest weakness is that its ammunition is stored inside its turret—a perfect target for the Javelin. Indeed, those training Ukrainians on the rocket system are taught to target the top of the tank specifically for this reason. The Javelin is an infrared homing missile utilizing optical sights. Since the T-90’s protection system is designed to pick up lasers, this allows the rocket to evade the tank’s defenses.

Of additional importance is reporting of over overly optimistic estimates of tank capabilities within the Russian military, where it is said training is poor and troops led to believe their vehicles are largely indestructible. For comparison, American troops trained on the Abrams M1 are often acutely aware of both its strengths and vulnerabilities.

One thing for sure is that such vulnerability as the T-90M has now displayed will likely only further dampen morale within the Russian armed forces. This tank was marketed as a beast capable of easily rolling over Ukrainian forces. However, it has now shown itself to be part and parcel to the wild optimism surrounding the Kremlin’s “special military operation.”