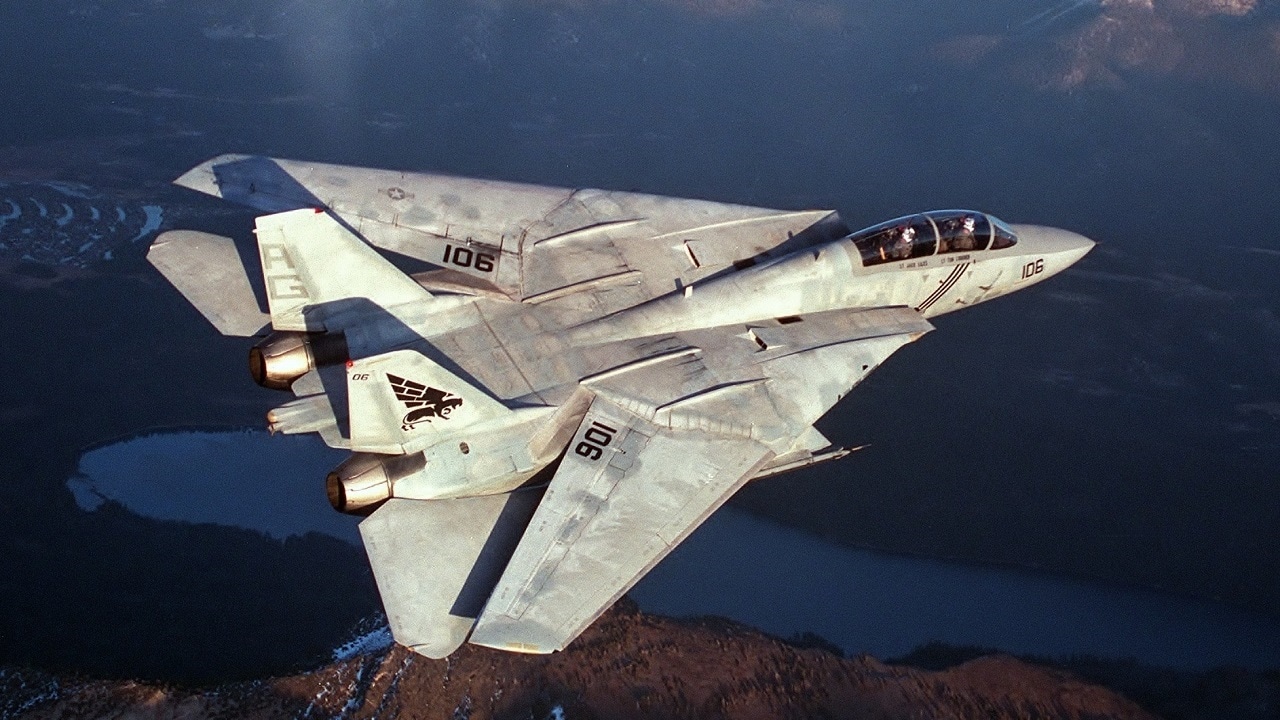 The boffo box office of Top Gun: Maverick, the long-awaited sequel to the 1986 blockbuster original, has sparked renewed public interest in the legendary F-14 Tomcat. This is understandable since – minor spoiler alert – the venerable Tomcat appears in the sequel.

Whatever became of the would-be Super Tomcat?

Cinematic exploits aside, the real-life Tomcat certainly distinguished itself in air-to-air combat in the 1980s and 1990s, garnering a 5:0 kill ratio in the hands of U.S. Naval Aviators, as well as an officially claimed 130 victories versus only 4 losses for Iranian Air Force pilots during the Iran-Iraq War.

However, as noted by aviation expert Tom Cooper in Smithsonian Magazine, “It is impossible to tabulate, for example, how many air-to-air victories were scored by Iranian F-14s because air force records were repeatedly tampered with during and after the war for political, religious, or even personal reasons.”

In addition, the F-14 did its fair share of air-to-ground work, dropping hundreds of thousands of pounds of bombs, including GPS-guided JDAMs, in missions over Bosnia, Serbia, Iraq, and Afghanistan.

As movie audiences and military aviation experts know, the original Grumman F-14 Tomcat was officially replaced in 2006 by the F/A-18 Super Hornet. Meanwhile, the Iranian Air Force is still keeping its Tomcats operational after all these decades.

So how would the Super Tomcat have improved upon the original?

For starters, the Super ‘Cat 21 eliminated the “glove vanes” that were located just outside of each wingroot. These were designed to create lift ahead of the aircraft’s center of gravity at supersonic speeds above Mach 1.4, pressing the nose of the aircraft up and unloading the tail planes to allow for greater high-speed maneuverability. However, the vanes were a maintenance nightmare, and they were eventually welded shut on most aircraft. The ST21 and AST21 improved the problematic feature by incorporating enlarged aerodynamic gloves that offered massive benefits in terms of supersonic handling and dogfighting performance, while simultaneously providing room for an additional 2,200 pounds of fuel storage in each wing, giving the aircraft even greater range.

In addition, by the 1990s the Navy had upgraded the Tomcat’s famed AIM-54 Phoenix missile, eliminating the need for the original missile’s oil cooling system. This allowed for navigation and attack Forward Looking Infrared Sensors, or FLIR, in the rail fairings that had previously housed the oil cooling system.

In turn, data from those systems would be fed into an entirely glass cockpit with dramatically improved avionics, a wide-angle Heads Up Display that could project imagery from the navigational FLIR pod, upgraded APG-71 radar, and entirely new mission computers. These advances would be responsible for “making the Tomcat into a dated-looking fighter with the most advanced avionics available at the time,” as stated by the Alex Hollings of Sandboxx.

This new Tomcat would have been able to fly farther than ever before at higher sustained speeds, with an ability to super-cruise, or fly at supersonic speeds without the use of its afterburner, at an amazing Mach 1.3. Regarding maneuverability, to quote Hollings again, “The addition of thrust-vectoring would not only have improved upon that already-impressive Angle of Attack figure, it likely would have made the Super Tomcat 21 the most acrobatic and maneuverable fighter not just of its era, but likely for decades yet to come.”

No Nine Lives for the Super Tomcat

Considering all of these amazing capabilities, why did the U.S. Navy ultimately pass on the Super Tomcat? A lot of it boiled down to dollars and sense: The Navy had to balance capability with capacity, mission requirements with budgets, and public perception with military doctrine. The Super Hornet, while not as super-sexy or awe-inspiring as the Tomcat, fulfills the Navy’s need for a “jack of all trades, master of none.” It is reliable, efficient, and battle-proven. Indeed, America’s only air-to-air kill of the past two decades against a manned aircraft was scored by a Super Hornet.

Alas, for now, the F-14 Super Tomcat will have to live on in the imaginations of armchair aviators and moviegoers. But who knows – if and when the Hollywood moguls decide to make a third Top Gun movie (perhaps this time featuring Goose’s son Rooster as the protagonist), maybe, just maybe, the Super ‘Cat will be able to fly her first cinematic combat mission.