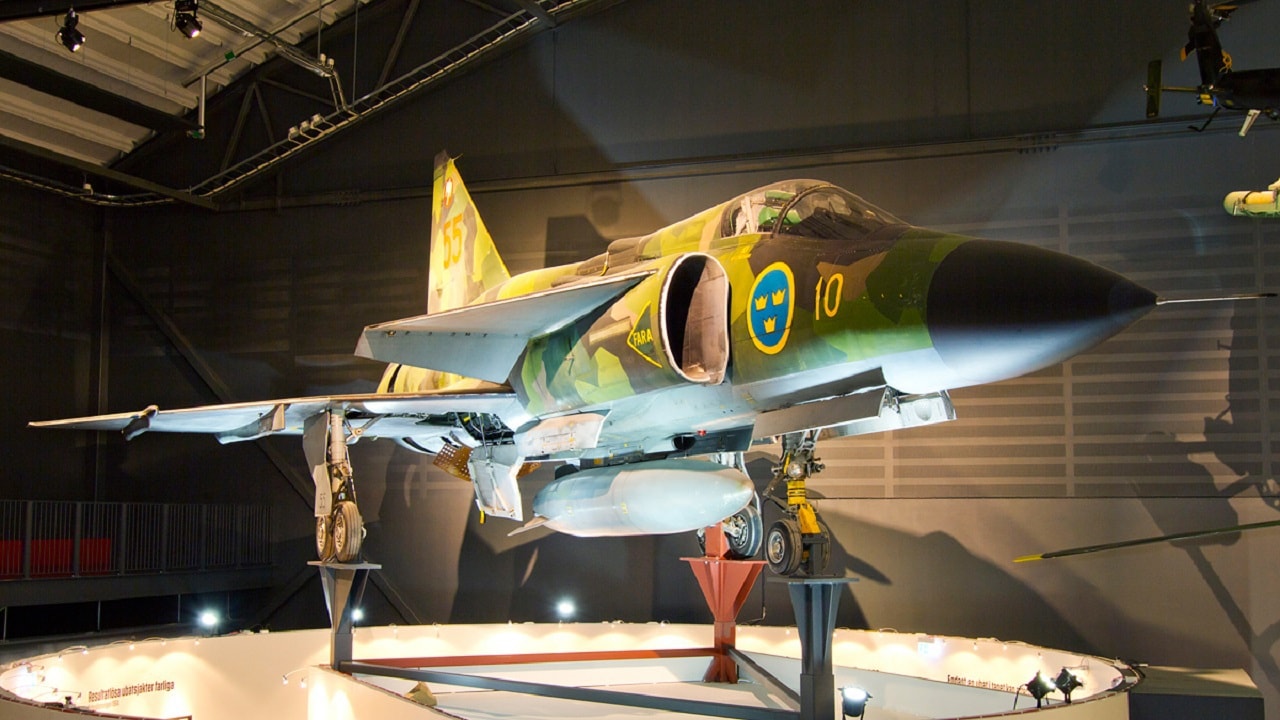 The Swedish Saab J37 Viggen Once Escorted an American SR-71 – If Sweden becomes a member of NATO, its fighters could soon escort American bombers and reconnaissance aircraft – yet even during the Cold War, when Stockholm maintained a policy of neutrality, its fighters had been known to provide escort to NATO aircraft. There was even a time that Swedish pilots escorted an American Lockheed SR-71 “Blackbird” safely back to Germany after the speedy spy pilot developed engine trouble.

The SR-71 had earned a reputation that no aircraft could catch it, and that it could even outrun missiles. While a dozen were lost due to accidents, no Blackbird was ever shot down by the enemy. In fact, only one aircraft even has the distinction of achieving a radar lock on the fast-flying United States Air Force reconnaissance plane. That was the Swedish Saab J37 Viggen.

In January 1986, Swedish pilot Per-Olof Eldh became the first fighter pilot to achieve a radar lock on the SR-71 when he began a unique head-on attack protocol, and successfully lined up with the Blackbird’s flight path and gained full missile lock on the approaching SR-71. Eldh went on to achieve five more successful SR-71 interceptions using unorthodox tactics.

It was a year and a half later, in June 1987, that another Blackbird, flown by now-retired Lt. Cols. Duane Noll and Tom Veltri, experienced an engine failure during an otherwise routine “Baltic Express” flight over the neutral waters of the Baltic Sea near Soviet territory. One of the SR-71’s powerful Pratt & Whitney J58-1 afterburning turbofan engines lost power and Noll and Veltri were forced to descend to roughly 25,000 feet over Swedish airspace where they were intercepted by two pairs of Swedish air force Saab 37 Viggen fighter jets.

Saab 37 To the Rescue

The Swedes proved to be guardian angels for the SR-71, and ensured that no opportunistic Soviet fighter pilot would try to harass the spy plane. At the time, the Soviet Air Force had maintained a squadron of MiG-25PD “Foxbat” high-speed interceptors based in East Germany and had regularly sent at least one of the MiGs to attempt to intercept the Baltic Express – always without success. 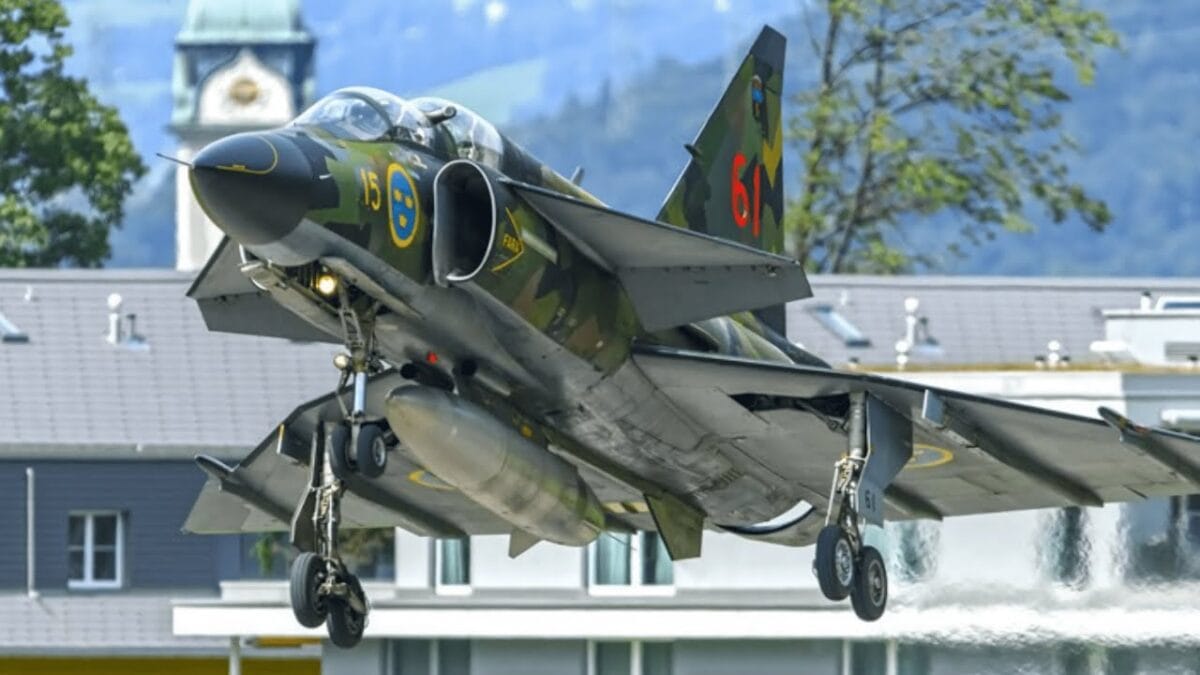 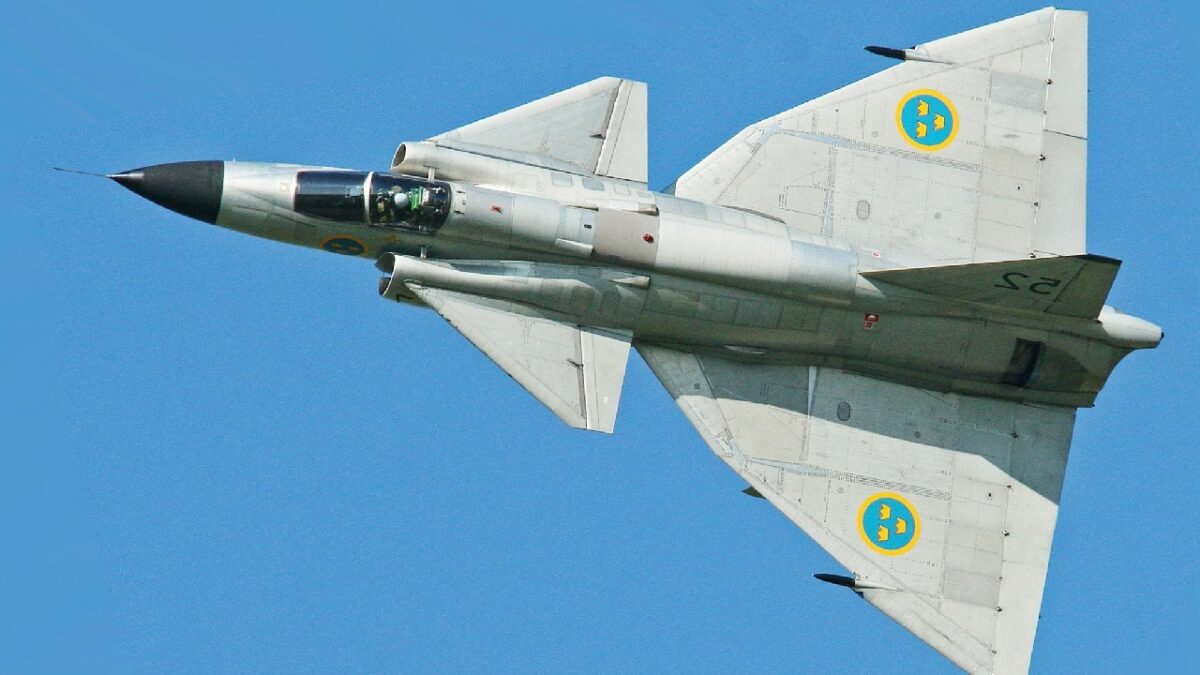 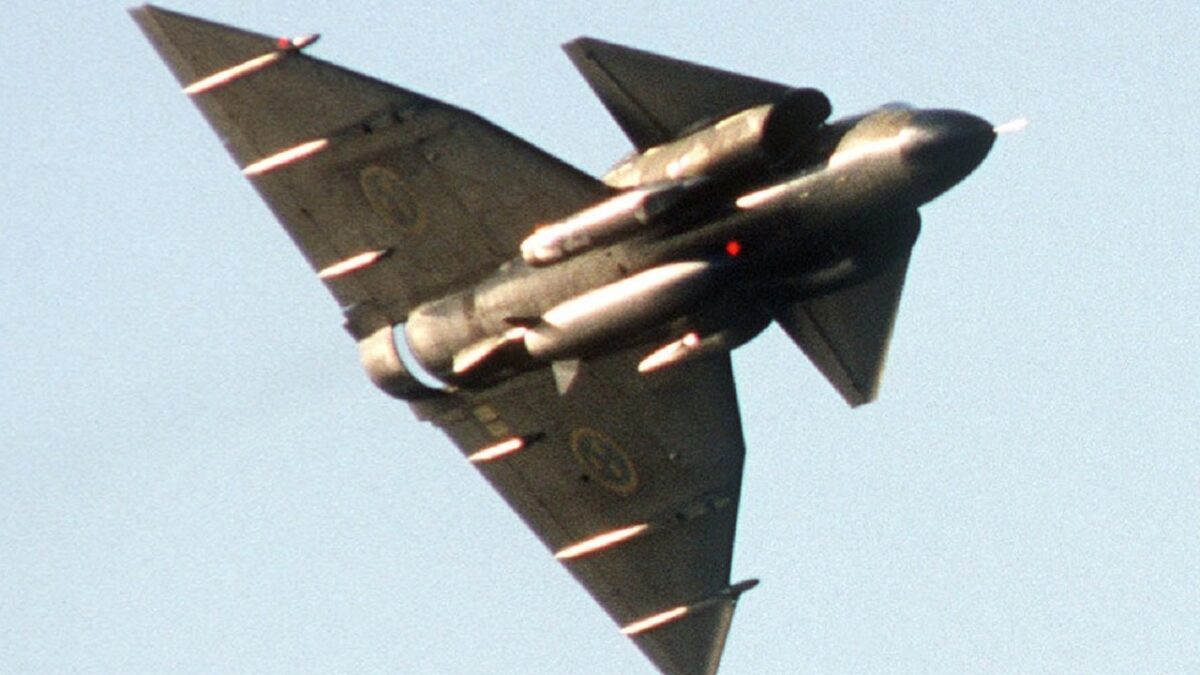 An underside view of a Swedish Saab 37 Viggen fighter aircraft during Exercise BALTOPS ’85.

Thanks to the actions of the Swedish pilots, the United States Air Force aircraft successfully limped back to friendly airspace. No details of the mission were publicized – until late 2017, more than thirty years later.

Finally, on November 28, 2017, in a special ceremony in Stockholm, the United States Air Force presented the four Swedish pilots with Air Medals for their actions. Video of that ceremony was even posted online by the Pentagon.

“We were performing an ordinary peace time operation exercise,” recalled retired Maj. Roger Moller, one of the Swedish Air Force pilots. “Our fighter controller then asked me: ‘Are you able to make an interception and identification of a certain interest.’ I thought immediately it must be an SR-71, otherwise he would have mentioned it. But at that time I didn’t know it was the Blackbird.”

“That day in 1987 showed us that we can always count on our Swedish partners in times of great peril,” Williams said during the ceremony. “Even when there was both political risk and great physical risk in the form of actual danger, there was no hesitation on your part to preserve the pilots on that day.” 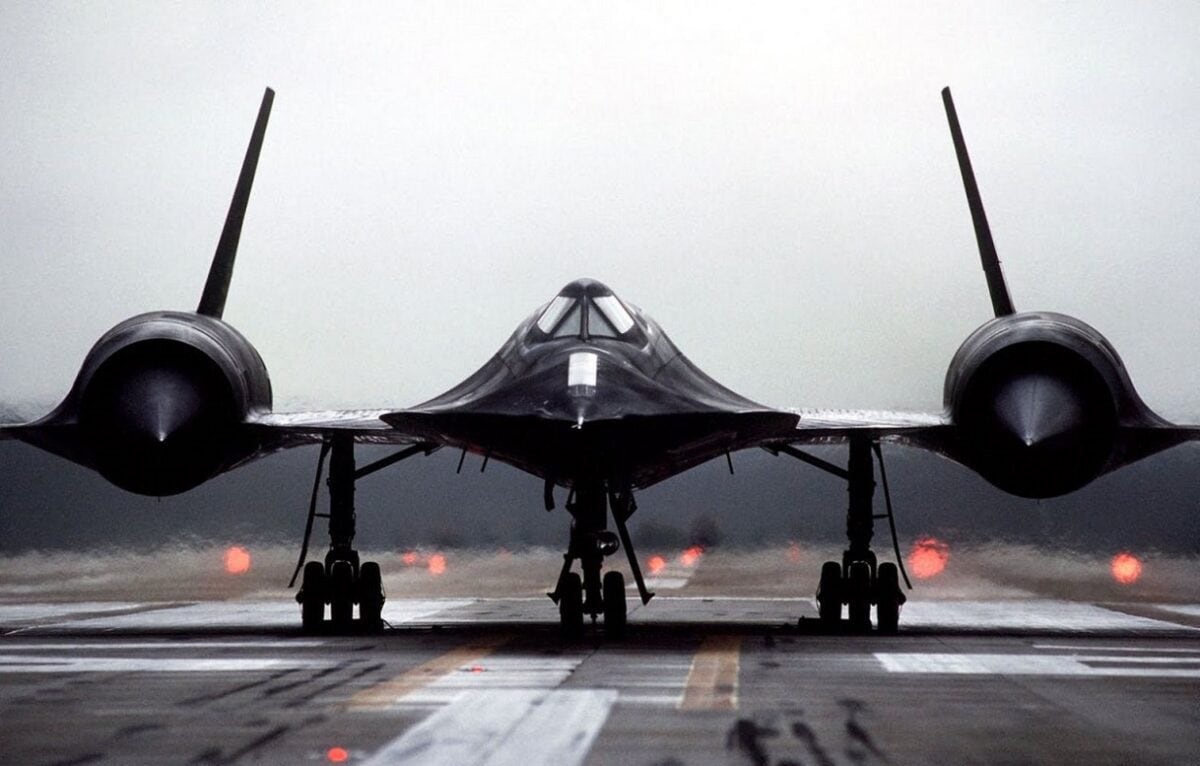 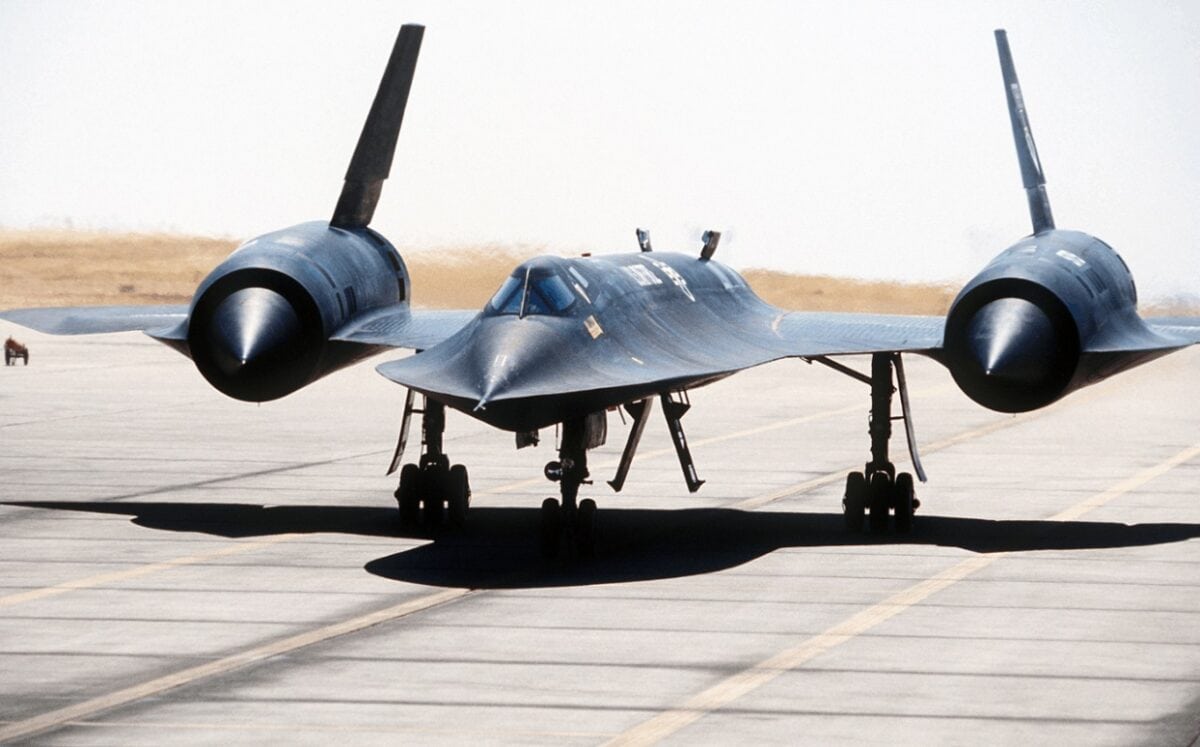 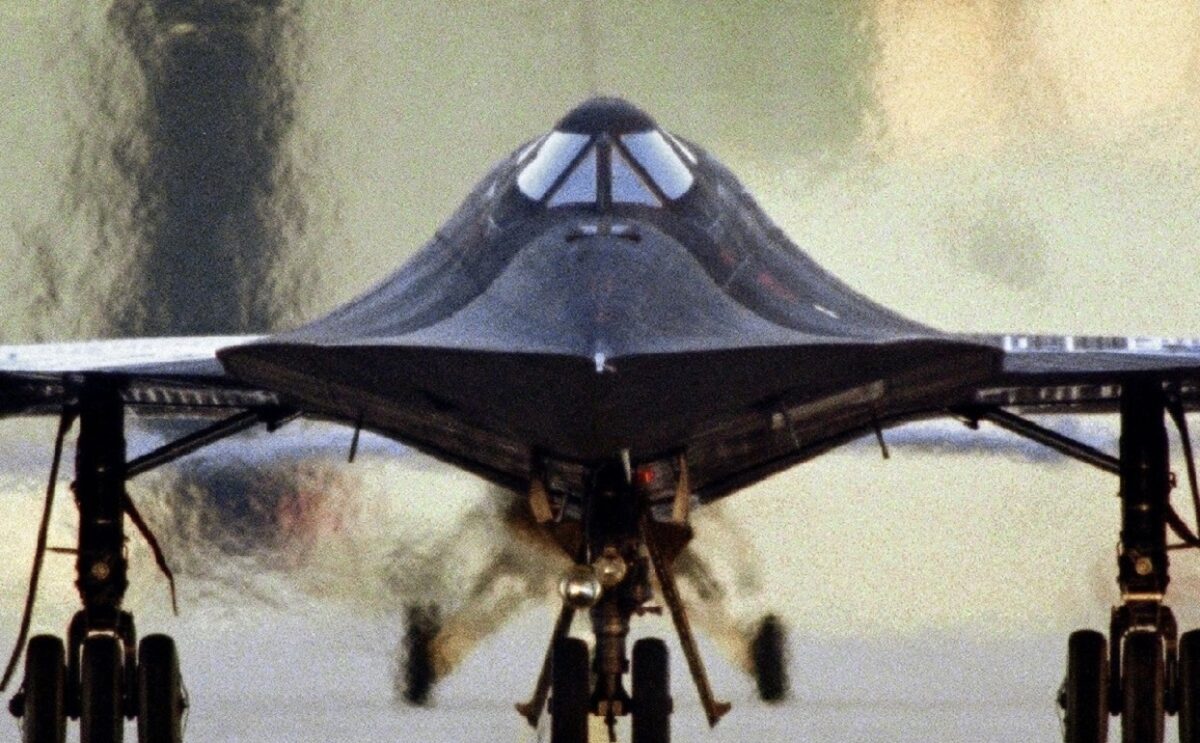 In addition to the medals, the Swedish pilots received a painting that chronicled their heroics and thanks from both SR-71 pilots.

“I can’t say enough about these gentlemen,” said Veltri. “I am so amazingly grateful for what they did, but also for the opportunity to recognize them in the fashion we are doing. What these guys did is truly monumental.”