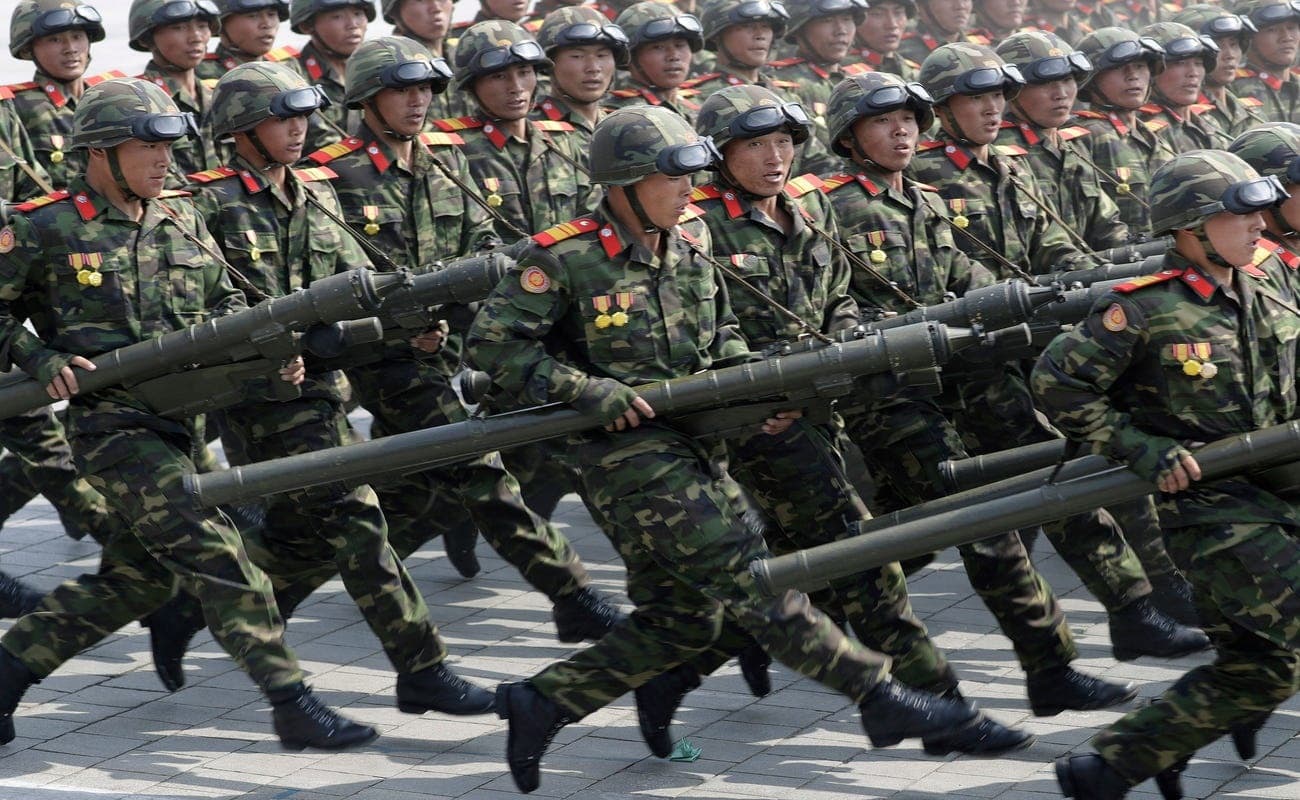 North Korea can surely kill millions of people with its growing stockpile of nuclear weapons. But what about Kim’s special forces troops? North Korea frequently taunts its rivals with a nuclear destruction, and despite its own dire economic and social situation, Pyongyang certainly has the military capabilities to instigate a war that could kill hundreds of thousands, if not millions.

Nuclear weapons, ballistic missiles, thousands of artillery pieces, and millions of fanatical troops are the core of the North Korean threat. But Kim Jong Un has another ace up his sleeve: potent special-operations forces.

Not much is known about this force, but recent revelations by a senior North Korean spy who defected offer some insight into how Pyongyang’s commandos train and fight.

The Korean People’s Army (KPA) is one of the largest in the world, with an active-duty force of about 1.3 million. Pyongyang also has more than 200,000 special operators organized in standard formations, such as brigades, regiments, battalions, and in even smaller, more specialized outfits.

The typical special-operations unit has between 3,000 and 5,000 commandos and falls under the different branches of the North Korean military and under Pyongyang’s intelligence service, the Reconnaissance General Bureau.

North Korean special-operations units can be divided by specialty.

Reconnaissance units specialize in collecting intelligence and passing it back to headquarters. Airborne units can infiltrate by air and seize and hold targets like airfields or bridges. Maritime units can infiltrate from submarines or ships and conduct littoral raids. Commando units can conduct direct-action operations, such as raids.

North Korean troops may appear very well equipped during parades in Pyongyang, but those weapons and gear aren’t necessarily distributed to the rest of the force. Because of their special mission, North Korean special-operations units receive the best equipment and training.

In a recent report, the US Defense Intelligence Agency (DIA) said “North Korean SOF are highly trained and well-equipped in comparison to other units, and, if successfully infiltrated into the South, would be capable of disruptive attacks in the rear area.”

According to the US military, KPA doctrine and tactics for ground operations have largely remained the same since the Korean War in the 1950s. Special-operations forces play an important part in KPA’s war-fighting doctrine, which seeks to attack an enemy target simultaneously from numerous angles.

If a major war broke out, the North Korean play would be to swiftly cross the Demilitarized Zone and flood South Korea with troops, attempting a repeat of the early stages of the Korean War, when communist forces almost drove South Korean and UN troops into the sea.

In such a scenario, North Korean heavy infantry or mechanized units would strike at South Korean and US forces’ frontlines. North Korean special-operations forces, organized in commando or light infantry units, would conduct unconventional warfare to the rear or on the flanks, attacking supply lines, command-and-control centers, and other strategic facilities.

By design, North Korea’s commandos are aggressive and would prefer to be on the offensive, which is in line with special-operations doctrine around the around.

They “would be a fierce enemy” if a war broke out, a former Green Beret who served in South Korea told Insider.

The Kim regime has cultivated a cult of personality around its leaders, with public pledges of loyalty by troops and military elites.

“We have the technological advantage and our planes and missiles can bomb them back to the Stone Age, but they will be fighting for their ‘god,’” the former Green Beret said. “Since birth, they have been brought up in this cultish environment where the supreme leader is their ‘god.’ They are fanatical and tough. Korean winters are no joke, and these guys have been trained to survive and operate in such environments. They would fight to the last man.”

Pyongyang might also use conventional military operations to distract US and South Korean forces and allow its special-operations units to infiltrate the South successfully.

In the event of a war with South Korea, North Korean commandos would also likely attempt a strike against South Korea’s leaders and command-and-control centers, seeking to decapitate South Korean leadership and sow confusion in the initial hours of the conflict.

It wouldn’t be the first time North Korean commandos have tried something like that. On January 31, 1969, a North Korean special-operations assault force infiltrated into South Korea with the goal of assassinating South Korean President Park Chung-hee.

The commando team moved fast and aggressively and managed to reach Park’s residence in Seoul, even though they were spotted by some farmers along the way. That’s when everything unraveled, however, as the North Koreans didn’t know the code word to enter the residence and got into a running firefight with South Korean troops.

In the end, only one North Korean commando managed to get back into North Korea, with the rest captured or killed.

The threat of infiltration and of other attacks by North Korean commandos remains. North Korea may exaggerate its military capabilities regularly, but its special-operations forces are no joke.