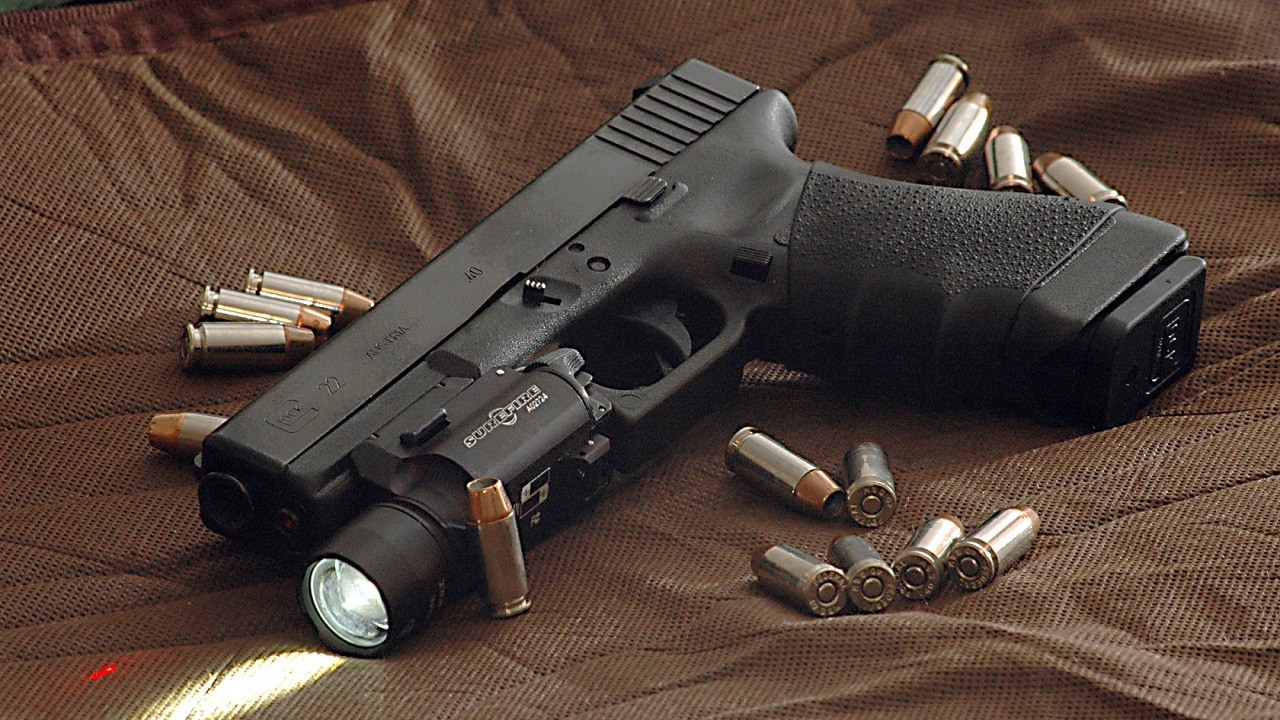 The Glock 22 is considered by many firearms experts across the land a top gun. But just how good is it? Don’t let the model number trick you into thinking that the Glock 22 is the gun to take to the range to do some plinking. Due to the Austrian firearms manufacturer’s perplexing and even confusing method of determining model numbers, it would be easy to think that the G22 is chambered for the popular and low-priced .22 LR cartridge.

It isn’t. The Glock 44 is what you have in mind for the firearm to start or enhance one’s shooting experience.

The Glock 22 is actually a full-size service pistol, and is chambered for the powerful .40 Smith & Wesson pistol cartridge – the standard law enforcement round that was developed to provide “proven knock down power.” The round was developed jointly by firearms manufacturers Smith & Wesson and Winchester and was designed to duplicate the performance of the Federal Bureau of Investigation’s (FBI’s) reduced-velocity 10mm Auto cartridge.

The Glock 22 first appeared in 1990. It was actually the sixth handgun produced by the Austrian firearms maker, which numbered its products based on patent numbers. As noted, that certainly has caused confusion over the years.

It is a full-size version based on the original Glock 17 that was introduced nearly a decade earlier. However, the pistol uses a modified slide, frame and barrel to accommodate the differences in size and power of the .40 S&W cartridge. The standard size magazine of the Glock 22 is 15 rounds – while there is an optional 17-round extended magazine also available.

The firearm was designed with law enforcement in mind, and by 2006 became one of the most popular pistols, favored by military, police, security, and private citizens around the world. It has successfully bridged the gap between the .45 caliber and the 9x19mm Parabellum cartridge.

The pistol features the tried and true ergonomic Glock style grip and trigger that is set within a thick trigger ring with a forward finger rest. The sights are located forward and aft. Action of the Glock 22 is recoil, while it has an overall length of 7.32-inches (186mm) with a 5.43-inch (138mm) barrel. Said barrel features right-handed, hexagonal rifling with 9.84-inches length of twist (250mm). Unloaded the weight is 22.92 ounces, while fully loaded it comes in at 34.38 ounces.

The Glock 22 isn’t the only model chambered for the .40 S&W cartridge. The Glock 23 is a compact version, based on the Glock 19, while the Glock 24 is the long-slide variant, and the Glock 27 is the subcompact model. Glock also produced a competition version as the Glock Model 35, which was also used as the service pistol of the Kentucky State Police until 2017.