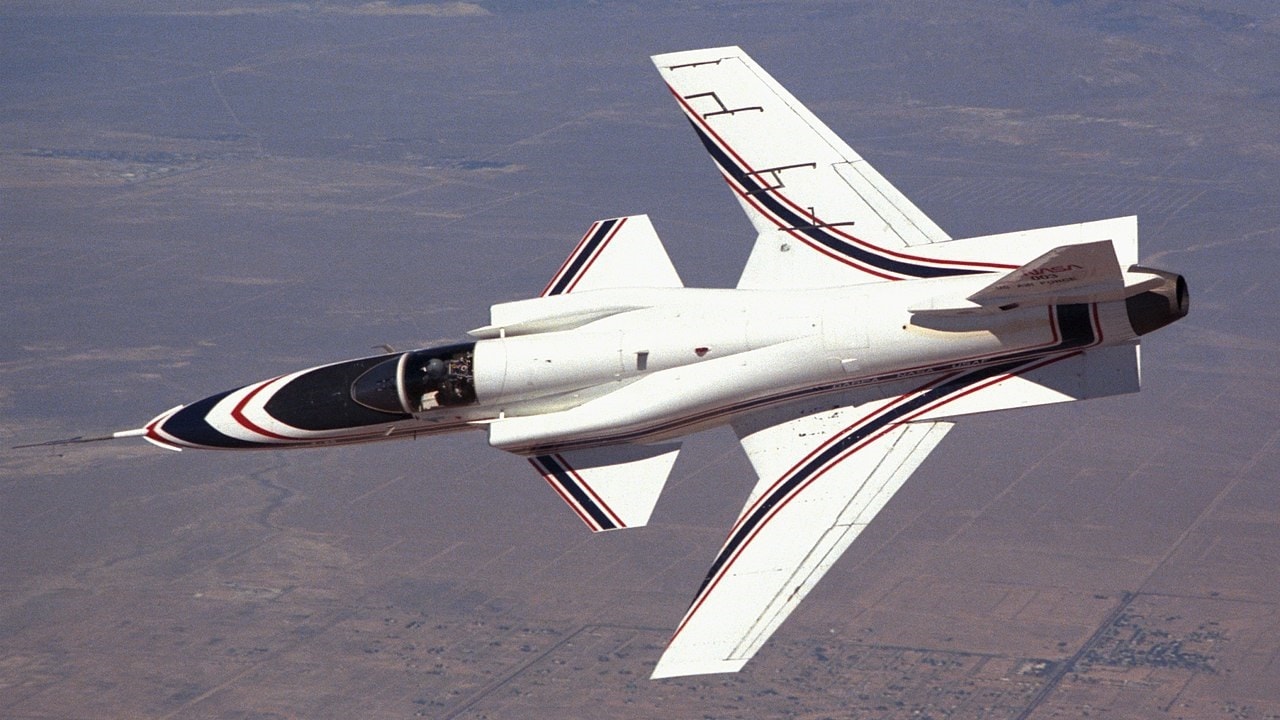 To say the Grumman X-29 has a unique appearance is a true understatement. Developed as a technology demonstrator in the latter years of the Cold War in the 1980s, it featured forward-swept wings – almost to the point that it looks as if its wings were put on backward.

Yet, the concept wasn’t entirely new, as the United States and Nazi Germany had each experimented with forward-swept wings during the Second World War. Development wasn’t easy, as both nations’ engineers encountered several problems – notably metal wings could bend dangerously, especially at higher speeds – while an aircraft with forward-swept wings proved to be far from easy to fly.

In the case of the X-29, the problems were so great that the designers came close to throwing in the towel.

However, they pressed on, and it became the first aircraft with such a unique wing design to fly supersonically. Unlike the Nazis, the American designers at Grumman had an advantage as they were working in peacetime and had years of experience to build on. In addition, the X-29 wasn’t built entirely from the ground up, but rather Grumman produced its two prototypes from a pair of Northrop F-5A Freedom Fighter airframes. The design used the forward fuselage and nose landing gear from the F-5As, while control actuators and main landing gear came from an F-16.

In addition, with insight from the United States Air Force, the Defense Advanced Research Projects Agency (DARPA), and NASA, the wing problems were addressed. The use of advanced composite materials made the wing structures both lightweight and extremely rigid. Along with a forward-mounted elevator (or canard) the X-29 proved agile even at high speeds, yet it came with aerodynamic instability – which required a computerized fly-by-wire control system to aid the pilot in flight.

Without its digital flight computer, which made corrections to the flight path about 40 times per second, the advanced-looking aircraft would be all but “unflyable.” More worrisome for any pilot who took up the X-29 was that if all three of the flight computers failed, the aircraft could have broken up even before the pilot had a chance to eject!

The experimental aircraft had a maximum operating altitude of 50,000 feet, a maximum speed of Mach 1.6, and a flight endurance time of just over an hour. The two prototype X-29s were flown on a total of 422 research missions between 1984 and 1992, and in December 1985 one of the aircraft became the first forward-swept wing aircraft in the world to exceed Mach 1 in level flight. That test mission even highlighted how highly unstable aircraft with forward-swept wings could be flown safely, and offer excellent maneuverability and high G-loads.

More importantly, the flight research conducted during those tests added greatly to engineers’ understanding of advanced composites and digital flight control systems – both of which are increasingly common in jet aircraft development.

The X-29 wasn’t the last aircraft to feature such a radical design. Five years after the final X-29 mission, in September 1997, the Russian Air Force first flew its Sukhoi Su-47, which also featured forward-swept wings. It had been the result of a project launched by the Soviet Air Force in the 1980s but was delayed due to the dissolution of the Soviet Union. The Russian Su-47 was almost twice as large as the X-29, and much like the American design, it never went beyond the prototype stage.

Today the two American X-29 aircraft are now on permanent display in the country’s premier aviation museums: one is in the Research and Development Gallery at the National Museum of the United States Air Force in Dayton, Ohio; while the other is at the Armstrong Flight Research Center at Edwards Air Force Base in California.

In addition, a full-scale model was also on display until 2011 at the National Air and Space Museum in Washington, D.C.