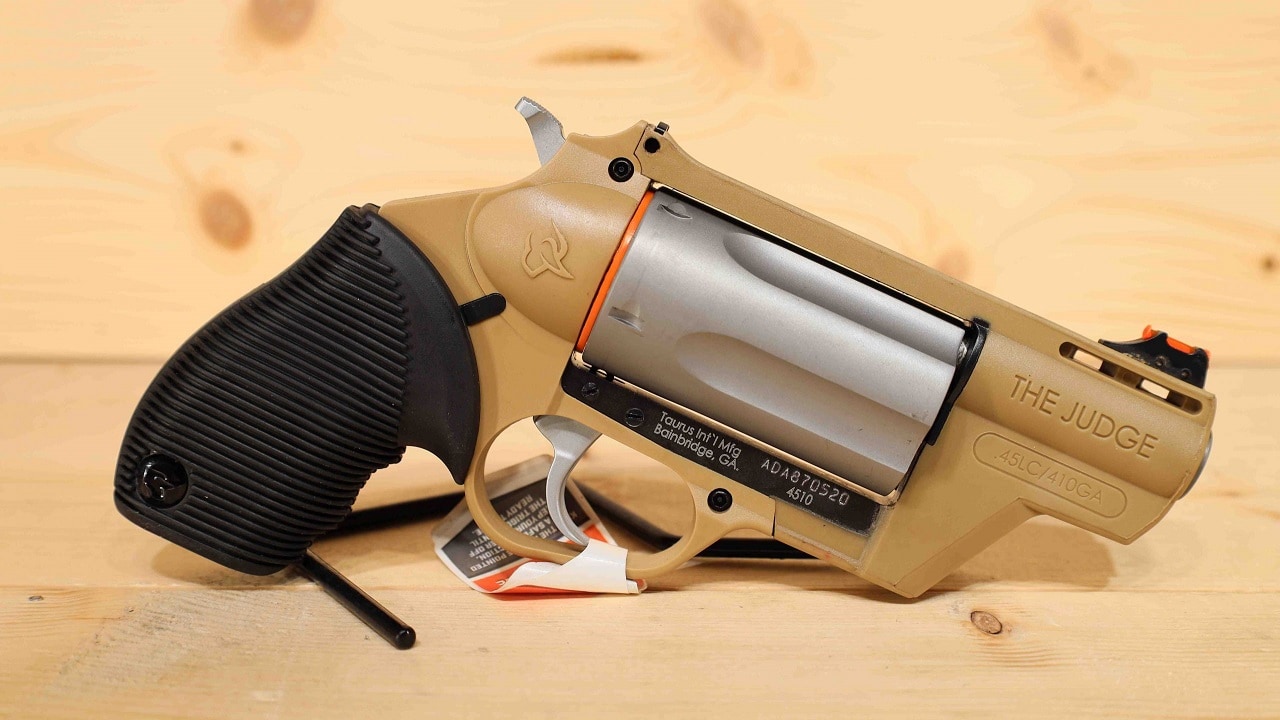 The Public Defender is well-built to be easy to shoot. I wasn’t sure how well a revolver of this size would fit in hand, but I was pleasantly surprised to discover how well the Defender fits my grip. The rubberized grip with finger indents has very functional ribbing to assist with my hold, and there is room for a reasonably comfortable two-handed grip.

It was no surprise that when firing, the movement of the recoil was a bit of a jolt to my hand. There’s a lot of force generated, but the good grip and smartly crafted trigger guard prevent slipping in recoil.

Even with the small footprint, Taurus has taken great steps to make sure the Public Defender is accurate. After all, my protection counts on the ability to hit what I’m shooting at. A fixed rear sight is paired with a bright red high-visibility front sight.

The sights, and the rest of the revolver for that matter, are well designed to not snag on holsters or clothing. That said, I always recommend practicing from holster to hand to make sure there aren’t any surprises with getting caught on an unexpected piece of fabric.

Follow-up shots are made easy with the natural travel of the recoil and re-obtaining the target with the hi-vis. I have zero trouble at the range with staying on target at 30 yards. If you’re using the Public Defender for varmint shooting as well, it’s nice to know you don’t have to be right on top of the pest to take care of business. Home defense shooting is generally close range, but when the threat is a snake I’ll stay as far from the target as possible.

Speaking of home defense, one of my favorite things about the Taurus Public Defender is the overall safe nature of this revolver. Most revolvers are easy to secure when they are empty, but Taurus has taken engaging the safety to the next level with the Taurus safety lock. An actual turn of a key below the barrel is used to engage the safety. No accidental flip of a button or slide while tucked in a waistband or bouncing around in a bag or purse will put folks in harm’s way.

The Taurus Public Defender will not shoot until the key has been used to disengage the safety. A fantastic safety feature, especially for novice shooters who may be new to concealed carry. Another safety feature, the heavy double-action trigger pull weight of 12 pounds, prevents accidental discharge, especially if bouncing around in a bag with other loose items.

For concealed carry, the super tiny Taurus Public Defender is ideal. Impressive stopping power with smart and safe design, you won’t be caught unprepared with this great revolver at your side.

Richard Douglas is a long-time shooter, outdoor enthusiast, and technologist. He is the founder and editor of Scopes Field. Columnist at The National Interest, Cheaper Than Dirt, Daily Caller and other publications.