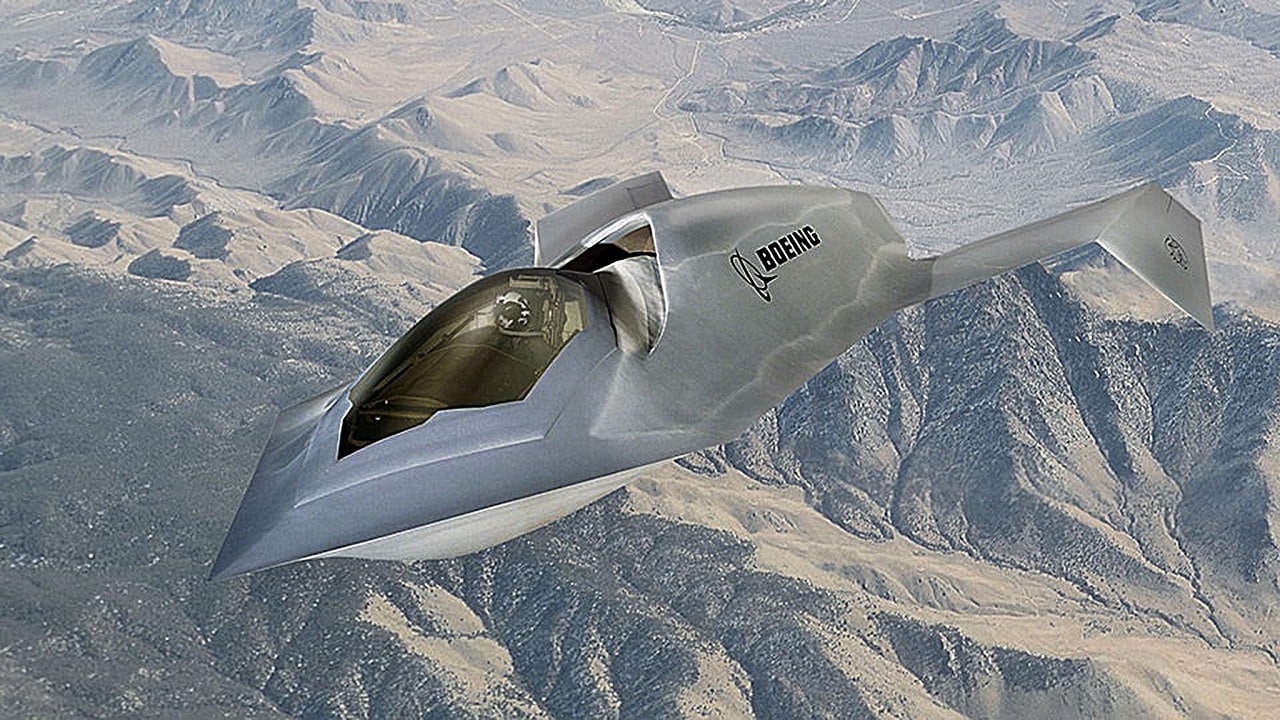 While it might not be an F-22, F-35, or Chinese J-20 the YF-118G made some serious history and is many times forgotten about: The National Museum of the United States Air Force at Wright-Patterson Air Force Base (AFB), Dayton, Ohio is home to more than 360 aircraft and missiles spread out in four specially-built massive hangers. Its collection includes such truly notable airplanes as the B-29 “Bockscar,” the Superfortress that dropped the “Fat Man” atomic bomb on Nagasaki; the B-17 Flying Fortress “Memphis Belle”; and the Boeing VC-137C SAM 26000, which had the call sign Air Force One when it was used by Presidents John F. Kennedy, Lyndon Johnson and Richard Nixon.

In the Cold War gallery of the museum, near a Lockheed Martin F-22A Raptor is a truly unique aircraft, one that almost seems straight out of the infamous “Area-51” – which is fitting as it was tested at the top-secret U.S. military facility in the Nevada desert.

That one-of-a-kind craft is the Boeing YF-118G, a black project aircraft that was developed to demonstrate stealth technology. Developed by McDonnell Douglas and Boeing in the 1990s, it was soon dubbed “The Bird of Prey,” due to its passing resemblance to the fictional Klingon spacecraft that was first seen in the film Star Trek III: The Search for Spock, and which later made appearances in TV’s Star Trek: The Next Generation.

Origins of the Bird of Prey

The secret project to develop and test the stealth aircraft ran from 1992 to 1999. During that time, the single-seat aircraft was a demonstrator used to test “low observable” stealth techniques as well as new methods of aircraft design and construction. The aircraft made its first flight in 1996, and during the subsequent thirty-seven missions to follow, it was used to determine ways to make aircraft less observable not only to radar but also to the eye.

Off The Shelf Components

Despite its futuristic look that seem straight out of a science fiction movie, the aircraft actually utilized many “off the shelf” aircraft components, and relied on existing technology to reduce costs while also speeding production. That included the use of a control system that was all-manual with no computer assists, while the aircraft’s landing gear was actually adapted from Beech King Air and Queen Air aircraft.

The YF-118G  was powered by a single Pratt & Whitney JT15D-5C turbofan that provided 3,190 pounds of thrust and had a maximum speed of 300 miles per hour, and a ceiling of 20,000 feet. The aircraft made its final flight in 1999 and it was declassified three years later when its design techniques had become standard practice.

Boeing has used those techniques in the development of X-32 Joint Strike Fighter demonstrators and later in its X-45A Unmanned Combat Air Vehicle prototype. The lasting legacy of the Bird of Prey was its ability to demonstrate advances in stealth concepts, notably the “gapless” control surfaces that were developed to blend smoothly into the wings to reduce radar visibility, while the engine intake was completely shielded from the front.

Following the completion of the tests, Boeing donated the sole YF-118G Bird of Prey to the museum in 2002, and it has been on display since 2003 – where despite its stealthy technology is ready to be seen and photographed by visitors.