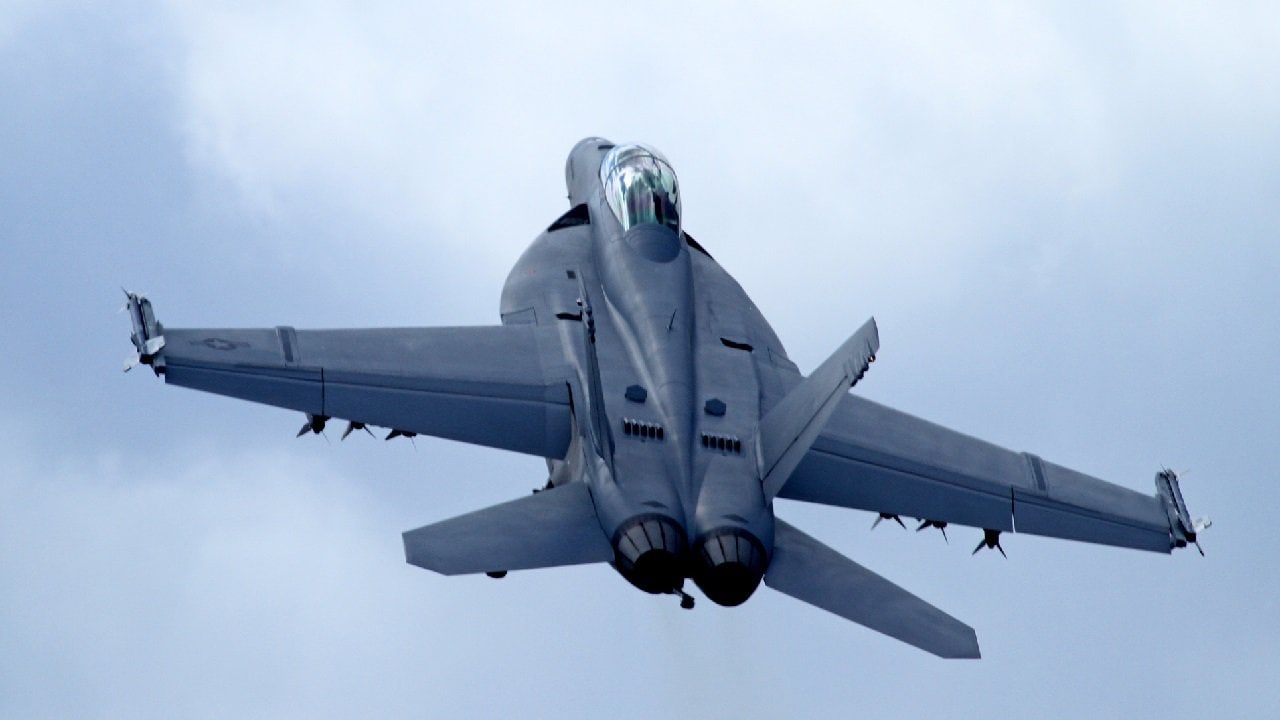 Yes, U.S. Navy aircraft carriers are the most powerful warships on the planet today. However, we must consider for a moment that the warplanes on the carrier are a key part of that power. And that means we must discuss the Block III Super Hornet: The McDonnell Douglas F-18 multi-role fighter has been the versatile workhorse of the US Navy for nearly 40 years. To stay relevant and competitive over four decades, multiple iterations of the F-18 have been released, each an upgrade from the previous. The original Block I “Hornet” was a fourth-generation fighter, designed in the 1970s, that became operational in 1984. The upgraded Block II “Super Hornet” was delivered in 2005. And just last year, the US Navy accepted delivery of the Block III, which some are calling the “Super ‘Duper’ Hornet.”

What Makes the Block III Special –

While the Block II’s cockpit featured a kaleidoscope of screens and gauges, the Block III cockpit has been streamlined with the Advanced Cockpit System, which features a simple (and customizable) 10×19 inch touchscreen. The simplified cockpit was designed to help the pilot access more information more quickly through the integrated display. The new cockpit is more user-friendly – giving the pilot better “vision” of the battlespace.

The new user-friendly cockpit will be useful when accessing the increased data available through the Block III’s improved network capabilities. As information sharing becomes a standard feature of battlefield equipment, the Block III was designed with advanced features to help collect and share information. The Block III’s Distributed Targeting Processor-Networked (DTP-N) mission computer is a drastic upgrade from the Block II’s mission computer. In fact, the DTP-N is 17 times more powerful. The Block III will share information through the Tactical Targeting Network Technology (TTNT) data link. Granted, with respect to networking capabilities, the F-35 Joint Strike Fighter is still the preeminent system – but the Block III F-18 represents a marked improvement over the Block II.

The Block III has a sixty-six percent longer lifespan than the Block II. Whereas the Block II is only rated for a 6,000 flight hour life, the Block III was designed to last for 10,000. The longer lifespan, of course, reduces costs – and is better suited for a fighting force with a tendency to engage in multiple, ceaseless, neverending combat operations.

Designed with China in mind, the Block III has more range than its predecessor. With conformal, shoulder-hugging, drag-reducing fuel tanks capable of carrying 3,500 pounds of fuel, the Block III will be able to conduct missions against Chinese targets that allow US aircraft carriers to loiter beyond the range of China’s hypersonic anti-ship missiles. The Block II (or F-35), on the other hand, with its more limited scope, would have required US carriers to loiter and launch missions from within China’s missile range – an unacceptable risk.