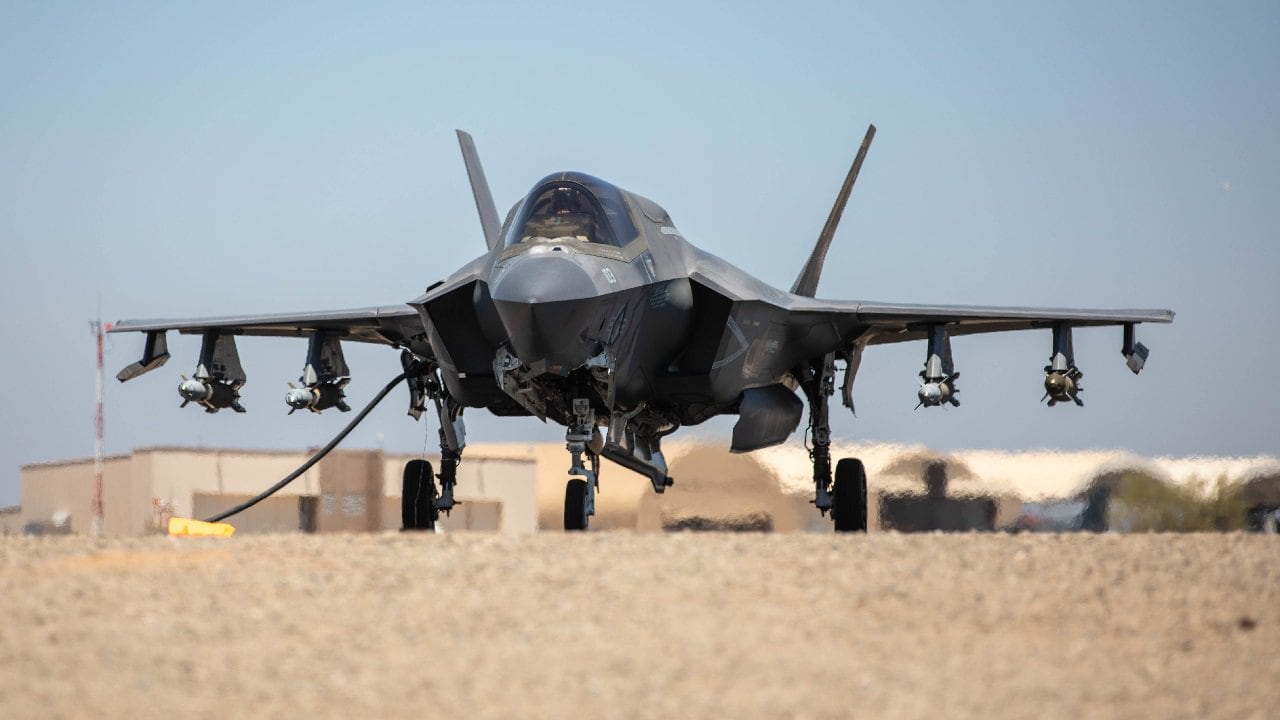 Though the F-35 Lightning II is perhaps most well-known for its combination of stealth and ability to run both air-to-air and air-to-ground missions, it is another feature of this fifth-generation fighter jet that is starting to gain substantial notoriety: its capacity to operate in “beast mode.”

A far-from-technical term, “beast mode” is the ability for the F-35 to load up munitions on its external weapons pylons, boosting its total ordnance from 5,700 pounds to 22,000 pounds.

Such a payload would substantially increase the F-35’s radar signature, reducing or even eliminating its stealth capabilities. Yet that is not exactly the point.

Demonstrating the Lightning’s versatility, “beast mode” is not a feature meant to be deployed in contested air environments for which stealth is required. Rather, it is meant to provide a massive airpower boost once air superiority is established in an operating environment.

Prior to such a scenario,  a “first day of war” stealth configuration on the F-35 would include 4 AIM-120 AMRAAM missiles for air-to-air missions or a mixture of the AIM-120s and Joint Direct Attack Munition (JDAM) smart bombs for air-to-ground missions. In order to preserve the F-35’s stealth, all would be loaded into the fighter’s internal armaments bay. This arrangement would minimize radar cross-sections and keep observability low prior to achieving air dominance.

Once air dominance has been established, however, the F-35 would be free to operate in “beast mode,” trading its stealth for the aforementioned boost in weaponry.

The precise type of weaponry loaded in “beast mode” would depend on the mission. For air-to-ground missions, the Lightning would likely be equipped with two AIM-120 AMRAAM beyond visual range (BVR) medium air-to-air missiles, two AIM-9X Sidewinder missiles, and six 2,000-pound JDAMs, as well as the standard internal 25-millimeter gun.

For air-to-air missions in “beast mode,” the F-35 would most likely be loaded with 14 AMRAAMS and two Sidewinders.

Importantly, all variants of the F-35 come with the underwing hardpoints necessary for loading the jet to run “beast mode” missions.

Beast Mode Is Used by F-35 Users Around the World

Notable United States allies have been seen training with their F-35s in beast mode. Recent reports document the Royal Australian Air Force loading their F-35As with dummy munitions and running trial runs. Additional reporting shows the Italian Navy loading up their F-35Bs for beast mode operation; the same is true for the British Royal Air Force.

Clearly, then, those countries obtaining fleets of F-35s are preparing to utilize their craft to the full extent of its versatility. Part of what makes the F-35 in such demand is precisely this—that it can both evade sophisticated air defense and effectively act as a bomber when necessary.

Although the fighter’s ability to provide close air support (CAS) is highly questionable, it appears the United States and its allies will continue moving in the direction of making the F-35 the focal point of their ability to project air power. The convertibility of the jet into an armed-to-the-teeth roving beast is just one more reason for this shift.