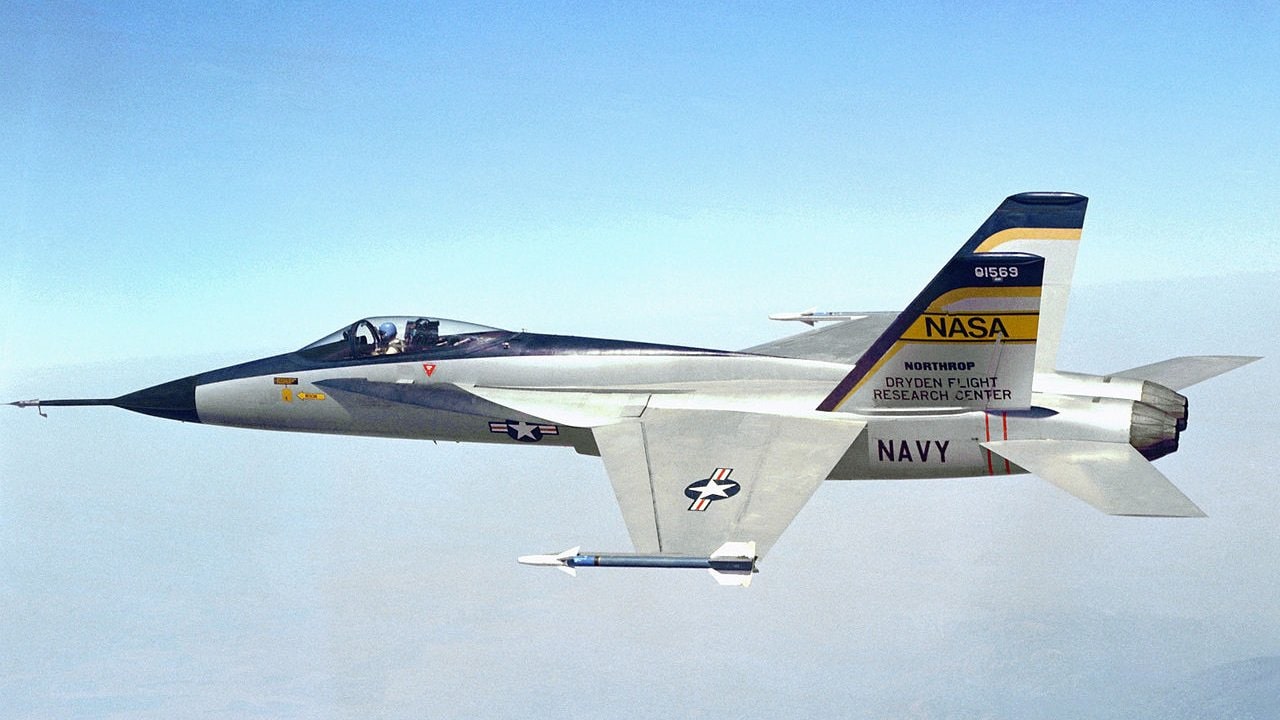 Introducing the YF-17: In the late 1960s, a group of US Air Force officers challenged orthodoxy – gaining notoriety and a slightly deprecating nickname: The Fighter Mafia.

“The Mad Major” John Boyd unofficially led the Fighter Mafia. Boyd was a fighter pilot and military strategist, known for his confrontational style and his intensely passionate pursuit of his interests. Boyd, along with mathematician Thomas P. Christie, developed a theory that would provide the lynchpin for the Fighter Mafia’s reform efforts: the energy-maneuverability theory.

The energy-maneuverability theory, which Boyd and Christie published in a two-volume text, can be distilled to one basic formula: Ps – V (T-D/W). Simply put, the formula reliably predicts aircraft performance. And those predictions indicated that excessive weight would have debilitating consequences on the maneuverability of an aircraft. So, with this now commonly accepted information in hand, Boyd and his Fighter Mafia began advocating for a new fighter type, one with a high thrust-to-weight ratio, high maneuverability, and a gross weight of less than 20,000 pounds. (By comparison, the F-15 Eagle weighs 45,000 pounds).

Boyd wanted an aircraft capable of “fast transients,” meaning quick changes in speed, altitude, and direction. The result would be a superior fighter, capable of gaining or losing energy quickly, hence out-turning an opponent; this hypothetical fighter would, while on the offensive, be able to stay pinned to an enemy fighter, and while on the defensive, would be able to force an enemy to overshoot.

The specifications the Fighter Mafia sought converged into a formal evaluation program, known as the Lightweight Fighter (LWF) program, designed to spur the development of an aircraft that satisfied the energy-maneuverability theory. Two lightweight yet powerful aircraft were built to compete in the LWF evaluation: The General Dynamics YF-16 and the Northrop YF-17.

The YF-16 – with superior acceleration, endurance, turn rates, and climb rates relative to the YF-17 – won the LFW evaluation. The Air Force placed an order for five fighter wings worth of YF-16s. Once the plane entered service in 1980, it became known as the F-16 Fighting Falcon. Yet, the YF-17, the loser of the LFW evaluation, caught the attention of the US Navy, which was also in the market for a lightweight, cheap fighter.

In the 1970s, the US Navy realized that the F-14 was too large and too expensive to be used as a replacement for their entire fighter fleet. Eyeing the market for a cheaper alternative, the Navy tagged along to observe the USAF’s LFX program. While the USAF selected the YF-16, the Navy found the twin-engine YF-17 intriguing.

The Navy didn’t need a pure air combat fighter, capable of out-turning everything else in the skies. So, the YF-17’s failure to keep pace with the YF-16 wasn’t disqualifying. Further, the Navy strongly preferred twin-engine planes – for the sake of engine redundancy (i.e. safety) during the acutely vulnerable aircraft carrier catapult launches.

The YF-17 fit the bill. The Navy further tinkered with the design, scaling the plane up, and creating a larger version. The larger version became the Block I F/A-18 Hornet–variations of which are still in service today (and which are currently the star of the world’s top-grossing film). Not bad for a plane that “lost” its evaluation program half a century ago.