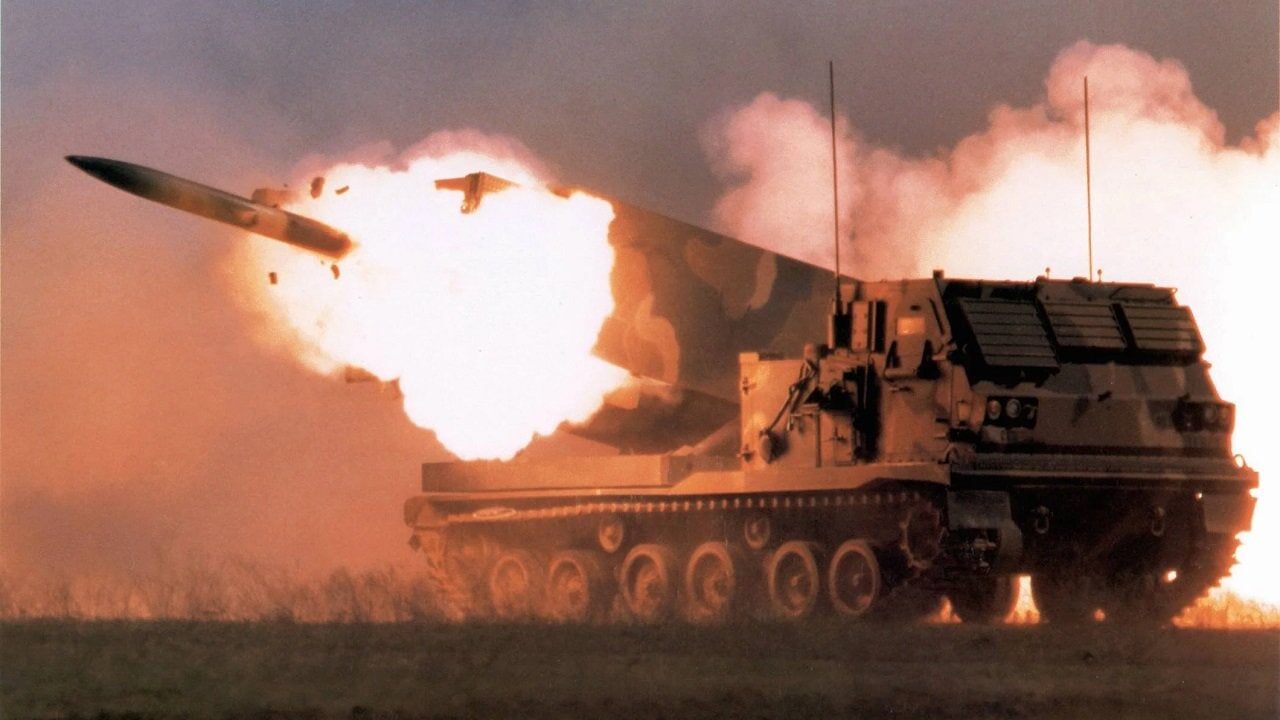 MLRS is all over the news these days. What exactly is it and why does Ukraine want them so badly? The Lockheed Martin M270 Multiple Launch Rocket System (MLRS) is a highly mobile rocket artillery system that fires surface-to-surface rockets and missiles from the M270 family of launcher weapons platforms. Capable of firing either twelve rockets or four precision missiles, the M270 is a combat-proven platform.

First proven during Operation Desert Storm, an MLRS launcher unit consists of a crew of three: a driver, gunner, and section chief. Rockets are packed on the unit in two six-rocket pods, with the mounted loader being a highly automated self-loading and self-aiming system. The unit’s fire control computer links the vehicle with rocket-launching operations. In less than just 60 seconds, the MLRS can unload all twelve of its rockets, being able to fire them individually or in waves of two to twelve.

The MLRS’s standard rocket warhead contains 644 M77 munitions, dispensed above targets in mid-air. These dual-purpose bomblets arm during freefall, employing a drag ribbon for impact. Given that the M270 can unload its entire arsenal in less than 60 seconds, that means each MLRS launcher can deliver nearly 8,000 munitions during that time at ranges of roughly 32 kilometers.

In addition to its standard tactical rocket, the M270 can also field different weapons. It is compatible with both an extended-range rocket and the AT2. The former first entered service in 1998 and carries 518 munitions with a range of just over 45 kilometers. The latter dispenses 28 anti-tank mines per round. Guided MLRS capabilities, used by the United States in Iraq and Afghanistan, are also game changers for the system.

As alluded to above, though, the M270 doesn’t just fire rockets (despite its name). The platform is also capable of firing the Army Tactical Missile System’s guided missiles, including the block 1 and block 1A missiles.

Today, the M270 is the most common rocket artillery system in NATO and is used by the United States, Britain, France, Germany, Greece, Italy, and Turkey. It is also operational with Bahrain, Finland, Egypt, Israel, Saudi Arabia, Japan, and South Korea. Recent international agreements on cluster munitions have led to the development of unitary warheads for the system. Essentially, these warheads will create one big boom rather than the dispersion of hundreds of bomblets. Despite their effectiveness, the bomblets maintain a roughly 2% dud rate, thus effectively becoming anti-personnel landmines.

Given its great effectiveness and popularity, the M270 is a system that will continue to be fielded for years to come—particularly in Ukraine, where it was recently announced Britain would be sending the system to assist Kyiv in pushing back on the Russian invaders.