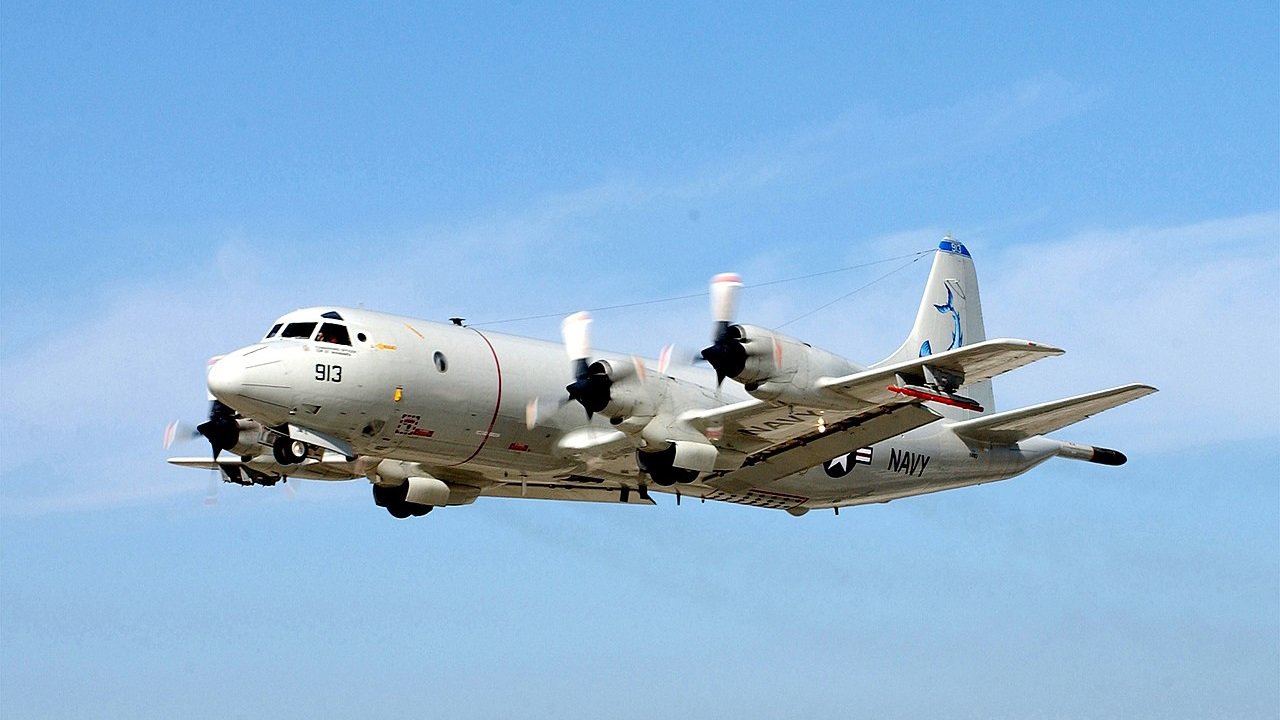 Anti-submarine warfare capability, or ASW, is one of the U.S. Navy’s top priorities. After all, adversary submarines such as the Russian Typhoon class and Red China’s Type-093A Shang-II Class pose arguably the deadliest threat to American carriers. To counter the threat of silent submersible stalkers, the Navy continues to use an aerial platform that has served faithfully for over 50 years: the Lockheed Martin P-3 Orion.

Though the P-3 Orion is slowly but surely being replaced by the Boeing P-8 Poseidon for ASW work, the transition is far from complete. The older Orion — unlike other famous Cold War-era Navy warplanes such as the F-14 Tomcat, A-6 Intruder, and A-7 Corsair II—has definitely not been retired yet. The P-3 is currently being used by two Navy Reserve patrol squadrons, VP-62 and VP-69. It also lives on as a land-based multi-intelligence reconnaissance variant, the EP-3E Aries II.

And that’s without even counting the 16 foreign countries that still fly the Orion.

The P-3 was based on a commercial airliner, the Lockheed L-188 Electra, that was first flown in 1957. This is somewhat akin to how the E-3 Sentry AWACS plane was based on the commercial Boeing 707. The militarized Orion variant made her maiden flight in November 1959 and officially entered service in August 1962—a mere two months before the Cuban Missile Crisis. Thus, in 2012, the P-3 joined the pantheon of military aircraft that the U.S. has used for 50-plus years, joining the B-52, the KC-135, the C-130, and the U-2.

The keydistinguishing feature of the P-3 that you won’t see on the civilian L-188 is the Magnetic Anomaly Detection boom at the tail end of the fuselage. This feature makes the P-3’s submarine-hunting mission feasible in the first place. Needless to say, the Cold War never went hot, so the Orion never got to put its sub-killing potential to the test in the real world. But that doesn’t mean the Orion didn’t get battle-tested.

P-3 Orions over Afghanistan, Iraq, and the Balkans

Indeed, it was during 2002’s Operation Anaconda in Afghanistan that the P-3 pulled off what is arguably its most remarkable wartime feat. As noted by the official Lockheed Martin website, “During a key battle in the Shah-e-Kot Valley, P-3 crews scouted the rugged valleys below and radioed in movement of enemy vehicles, allowing Special Operations Forces soldiers on the ground to set up strategic ambushes and save countless lives. Not bad for a fifty-year-old sea-searching aircraft design on duty in the middle of the desert.”

Rewind 11 years to 1991’s Operation Desert Storm: It was here that the P-3 first showed its potential as a land surveillance aircraft, monitoring Iraqi troop activities and providing battle-damage assessments on the ground. The introduction of new long-range video cameras for use over the skies of Bosnia allowed these planes to provide real-time combat intelligence for NATO commanders, a tactical advantage that proved equally useful during Operation Deliberate Force in 1995.

The P-3 Orion: A Versatile Plane

One characteristic shared by all the planes that have reached a half-century of service is versatility, and the P-3 Orion is no exception in this regard. Beside the military applications we’ve already covered, this old warbird has also proven adaptable for civilian law enforcement, namely anti-narcotics smuggling and anti-illegal immigration missions. It is flown by the intrepid aircrews of the Air and Marine Operations component of one of my former employers, the U.S. Customs & Border Protection. The CBP dubs its P-3 variant the Long Range Tracker.

Like its fellow 50-somethings, the P-3 hasn’t failed to keep up with technological advances. To quote the Lockheed Martin folks one more time, “The P-3 MLU [Mid-Liffe Upgrade] Program is the answer to maintaining effectiveness and reliability in a critical global economy. It consists of a life extension kit replacing the aircraft outer wings, center wing lower section and horizontal stabilizer with new production components.

“MLU removes all current P-3 airframe flight restrictions and provides 15,000 additional flight hours, greatly enhancing capability leveraged with cost-effectiveness. The design replaces all fatigue-life-limiting structures on the aircraft with enhanced-design components and new improved corrosion-resistant materials that will greatly reduce the cost of ownership over the aircraft’s remaining service life. This is an affordable solution that Lockheed Martin has proven can be installed in 11 months.”