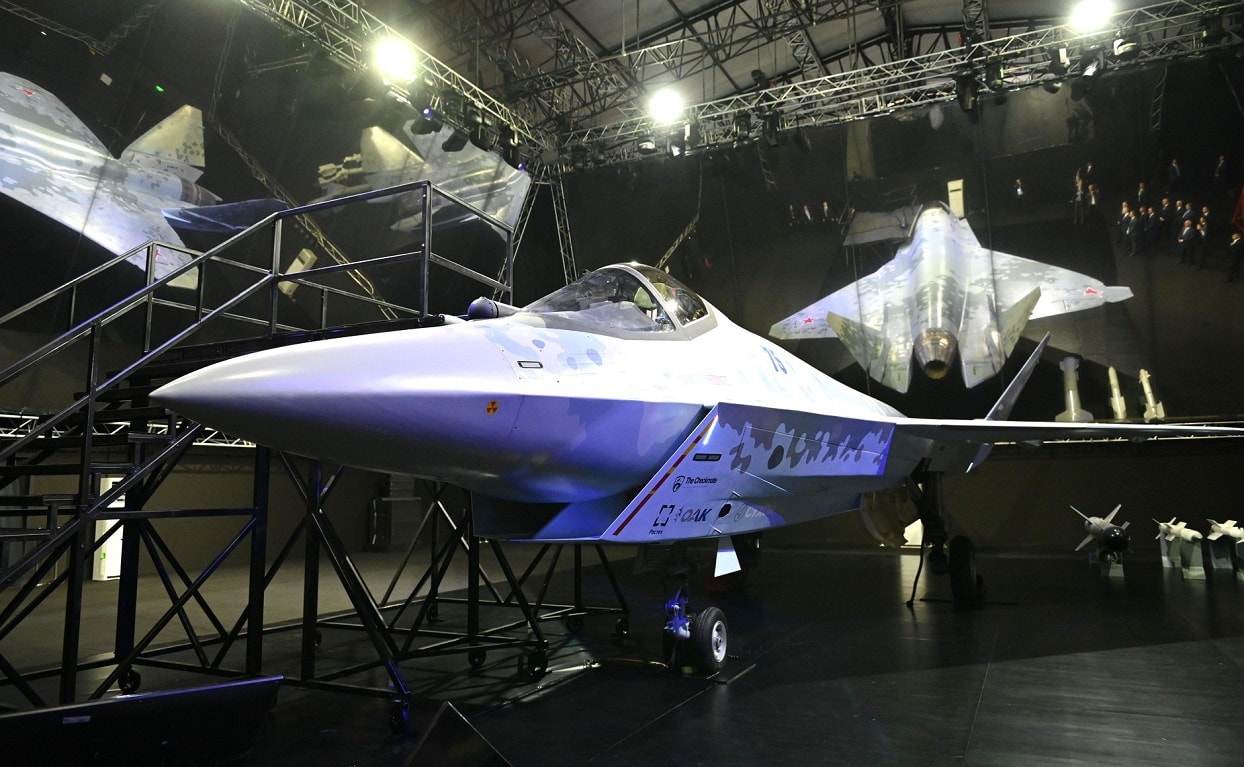 Last month, the Russian company Rostec announced that the production of the Su-75 “Checkmate” stealth fighter would be delayed until 2027. Designed primarily for export purposes, the new single-engine jet is reported to be largely funded by foreign orders. The airframe debuted last summer at the Moscow Aviation and Space Expo (MAKS). The new deadline indicates the roll-out of the aircraft may be less groundbreaking than promised by its manufacturers. Additionally, Russia’s ongoing invasion of Ukraine has led some potential importers of the new jet to reconsider its interest. Since its invasion of Crimea in 2014, Russia has been slapped with sanctions and export restrictions that have limited its ability to develop new jet engine models.

Russia’s struggles in recent years to garner enough funds and interest to produce new military equipment don’t bode well for the roll-out of the Checkmate. And it may never fly because of these challenge.

Developed by the Russian aircraft manufacturer Sukhoi, the Su-75 stealth fighter is the second fifth-generation jet after the Su-57.

The airframe hosts a single-engine and is lighter and less expensive to produce than its American-made F-35 Lightning II counterpart.

A Rostec spokesperson described the new fighter as a cutting-edge addition to the air defense realm. They note that “The Checkmate fighter is outfitted with versatile armaments capable of fighting any threat: from unsheltered command posts to especially sensitive targets for a potential enemy.” The jet was reportedly designed using a supercomputer and modern-day virtual modelling and digital calculations.

Many of Checkmate’s capabilities are derived from Russia’s Su-57 fifth-generation fighter. Also developed by Sukhoi, the Su-57 “Felon” is a twin-engine multirole fighter jet that remains in a state of limbo. While the Felon is reported to be the top-tier electronic warfare-capable fighter in Russia’s arsenal, prolonged delays in its development over the years has prevented the Russian Air Force from possessing a single full-strength squadron. The Felon was also produced with its exportation in mind, however, sanctions coupled with development delays and questions have left potential buyers wary.

The Su-75 Checkmate is seeming to follow a similar trajectory as its Su-57 predecessor. The Checkmate is equipped with the same onboard systems and cockpit as the Felon. As an all-weather fighter, the Checkmate can be operational in high-altitude airfields under any climatic conditions.

Since Russia has struggled to produce high-quality engines in recent years, the prospects for the Checkmate appear low. Russia’s Su-57 hosts the Saturn AL-41F1 low by-pass turbofan combat engine that ran a heavy bomber produced in the 1980’s. The low standards for the Felon’s engine capacity will likely hinder potential investors’ hopes for Checkmate’s capabilities.

The Rand Corporation has debated whether or not a fighter jet that possesses a second-generation engine can really be given the title “fifth-generation.” The same criticism can apply to the Checkmate. If Sukhoi continues to delay its production of both the Su-57 Felon and the Su-75 Checkmate, foreign investors will likely turn elsewhere to acquire coveted fifth-generation airframes.

Additionally, Russia’s ongoing invasion of Ukraine will only serve to further isolate itself from potential importers.