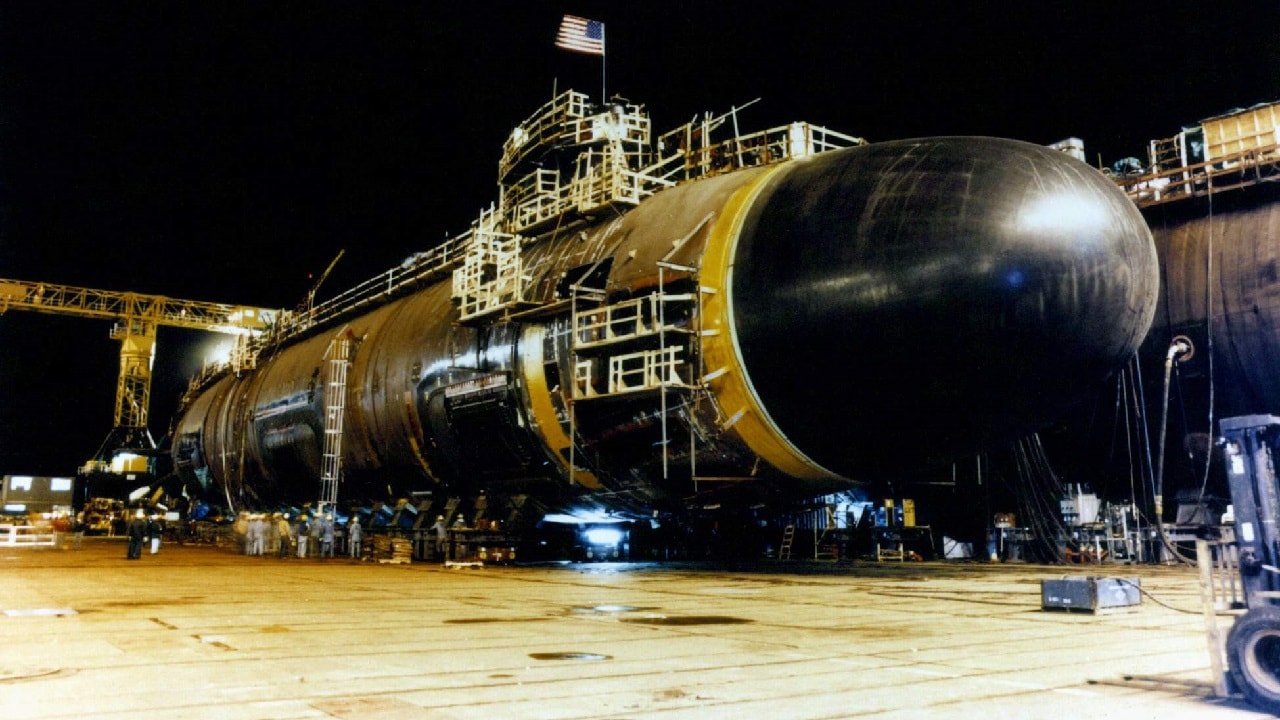 What makes the Seawolf-Class so special? During the Eisenhower administration, as the Cold War peaked and the world order hung in the balance, the Soviets and Americans were locked in a grueling arms race. On land, and in the air and sea, both nations rushed to out-design and out-produce their nemesis, with an urgency and paranoia that seemingly only existential conflict can produce. At the time, the two rivals were the only nations in the world equipped with nuclear weapons – and each nation placed a special emphasis on systems within the nuclear triad.

Beneath the sea, each nation fielded nuclear-power submarines capable of firing nuclear warhead-tipped missiles. “The Soviet Navy’s nuclear-powered submarines – starting with the November-class attack submarine – could dive twice as deep as most of their American counterparts and often had higher maximum speed. But they had a conspicuous flaw: they were a lot noisier,” my colleague Sebastien Roblin wrote. The Americans were able to easily track the bumbling November-class subs, without being tracked in return. But by the 1980s, the Soviets (with the help of the Japanese and Norwegians) were able to produce a submarine with much improved sonic qualities – the Akula-class sub, which featured a significantly quieter seven-bladed propeller.

The Akula deeply concerned US war planners. The Soviet’s newest sub seemed superior to the US Navy’s workhorse sub, the Los Angeles-class. With their naval advantage mitigated, the US did what one does in an existentially motivated arms race – spent heaps of money to design the best submarine in the world. The result: the Seawolf-class submarine.

The Seawolf is a nuclear-powered, fast attack sub that cost $5 billion per unit (in 2018 terms). The US Navy received what they paid for; the Seawolf was larger, faster, quieter, and more impressively armed than its predecessor, the Los Angeles-class. “The U.S. Navy had builders cram all kinds of goodies into the Seawolf submarine,” Brent Eastwood wrote. As you might expect from a ship designed during the Cold War’s climax, the Seawolf can carry up to 50 UGM-109 Tomahawk cruise missiles. Guiding the Seawolf was an ARCI Modified AN/BSY-2 combat system that featured an impressive spherical sonar array, a towed-array sonar, and a wide aperture array.

The Seawolf performed admirably. Built entirely from HY-100 steel (whereas predecessors were built from weaker HY-80 steel), the Seawolf could reach depths of 490 meters. In addition to diving deep, the Seawolf could cruise. With an S6W pressurized water reactor, the Seawolf had a remarkable maximum speed of 35 knots. And the Seawolf was quiet. The sub’s “propeller-less pump-jet propulsion system allowed it to maintain acoustic stealth even when cruising a brisk 20 knots, whereas most submarines are forced to crawl at 5-12 knots to remain discrete,” Eastwood wrote.

As one retired Electric Boat engineer who worked on the Seawolf-class explained to 19FortyFive in an interview: “The Seawolf-class challenged every employee who worked on the project. The U.S. Navy came to us with a very specific design that required very new and advanced technology as they wanted something that would completely outclass anything Russia had,” the engineer explained.

He continues: “We explained to Navy officials that the tech they wanted didn’t exist. They told us they would give us the money and support to build what they wanted. And, to their credit, we had a robust budget to make submarine history. The Seawolf, at least back in the early 1990s, was unmatched. Nothing could touch it and I doubt no Russian submarine could find it.”

Why the Seawolf-Class Was Slashed

Despite the Seawolf’s proven ability, the end of the Cold War resulted in a defense budget sequestration. Without a Soviet menace prowling the ocean’s depths, the Seawolf, which had seemed so justifiable and necessary in the 80s, suddenly seemed indulgently expensive. The program, which had originally called for 29 ships to be built, was canceled with just three ships completed – The Seawolf, Connecticut, and Jimmy Carter, commissioned respectively in 1997, 1998, and 2005. A cheaper alternative to the Seawolf, the $1.8 billion dollar Virginia-class submarine, is already in service (with 66 total ships planned), threatening to make the vaunted (yet marginally relevant) Seawolf fully obsolete.