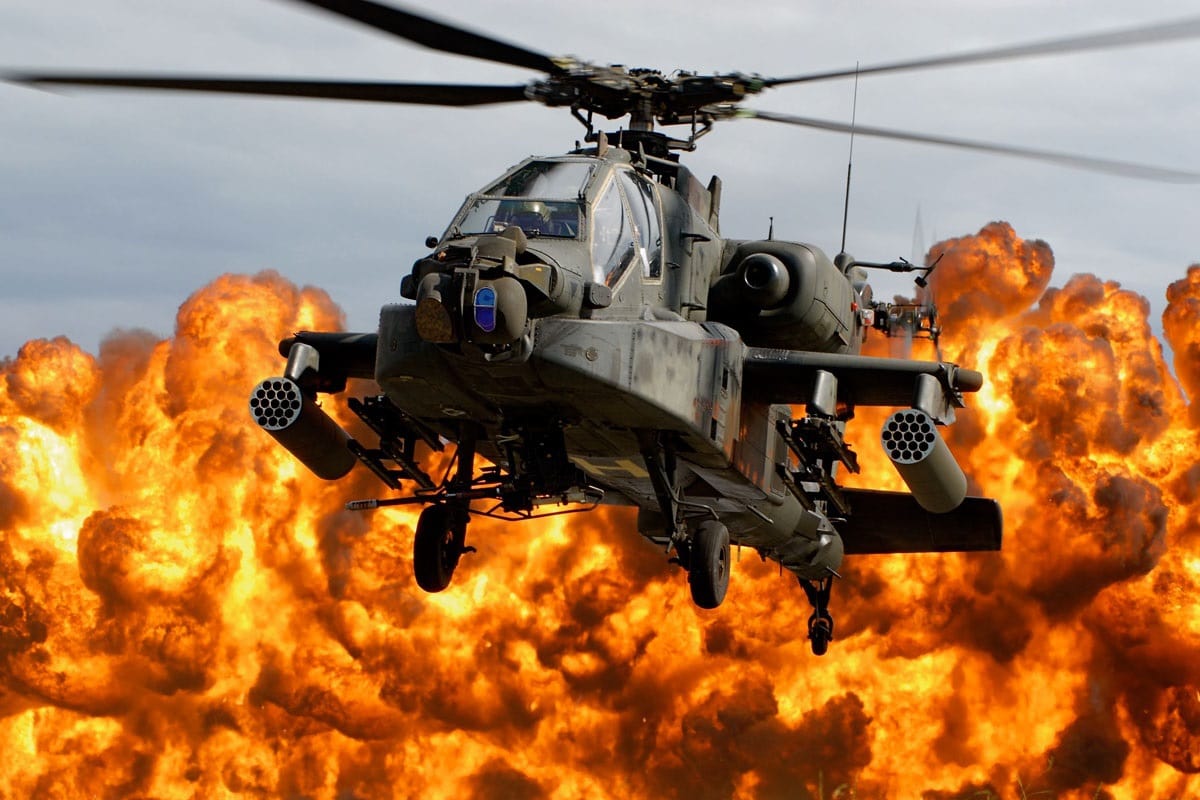 Named for a nomadic tribe of Native Americans, expert horse riders whose lives revolved around the buffalo, the Boeing AH-64 Apache is the US Army’s premier attack helicopter. Loaded with sophisticated weapons systems, the Apache has proven itself a vital component of the US military’s modern force structure.

What makes the Apache revolutionary is not the helicopter’s flight surfaces or performance specifications, or anything like that, but rather the Integrated Helmet and Display Sighting System (IHADSS), which both crew members (the pilot and gunner) wear. As the name suggests, the IHADSS is a helmet with an eye piece attached. The eye piece actually tracks the wearer’s eye movements, allowing him or her to perform various functions just through moving their eye.

For example, the IHADSS can synchronize the Apache crewmembers eye movements to the Apache’s M230 Chain Gun, allowing the gun to move along with the operator’s eye. Imagine, by simply looking at a target through the IHADSS eye piece, an Apache member can acquire, and then aim at, at a target. The images displayed in the IHADSS are collected from the Target Acquisition and Designation System (TADS), mounted on the front of the helicopter. TADS is an electro-optical sensor and laser target designator that uses a thermographic camera and a monochrome daylight television camera.

Closely resembling an insect, the Apache was designed to handle front-line service in day, night, and in bad weather. In addition to IHADSS and TADS, additional sensor sys

tems allow the Apache to operate under varied, potentially adverse conditions. The Pilot Night Vision System (PNVS), for example, does what you might expect: allows the pilots to see in the dark. Additionally, the Apache relies on passive infrared countermeasures, GPS, and the Ground Fire Acquisition System (GFAS). The GFAS, using two sensor pods and a thermographic camera, can detect and target ground-based weapons fire (aka muzzle flashes) in any light condition across a 120-degree field of vision. In all, the cumulative sensor suite of modern Apaches can locate up to 256 targets, within 31 miles, simultaneously.

Entering service in 1986, the Apache made its combat debut during the invasion of Panama, Operation Just Cause. But the Apache’s coming out party was Operation Desert Storm. Actually, a secretive night-time Apache attack, on January 17 1991, on Iraq’s radar network, was the opening salvo of the entire conflict. The Apache was effective against enemy targets, killing 278 Iraqi tanks. But the attack helicopter struggled with logistical and maintenance issues.

Resultantly, the Apache only flew 20 percent of the flight-hours the helicopter was scheduled to fly during Desert Storm. And to support the Apaches in theater, the rest of the Apache fleet was grounded (unofficially) to free up the spare parts needed to support combat operations.

The Apache has been integral to 21st century American conflicts, too, serving in Iraq and Afghanistan. The attack helicopter has also been exported around the globe: to Israel, the UK, the Netherlands, South Korea, Japan, and more – making the AH-64 Apache perhaps the world’s most recognizable attack helicopter.