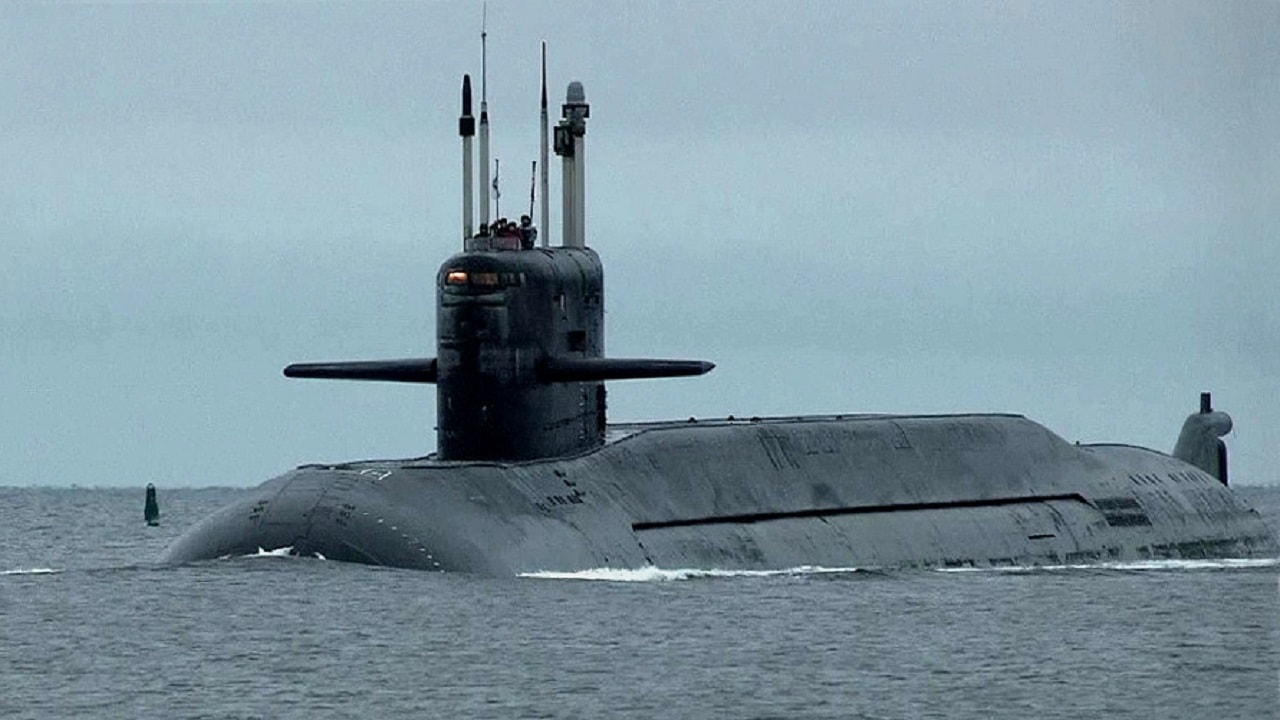 The AS-31 Losharik, also known as Project 210, is a Russian deep-diving nuclear-powered submarine. Built in Severodvinsk, the AS-31 was laid down in 1988, but it did not launch until 2003 because of financial problems. The submarine is generally categorized as a spy sub. Russia has disclosed little about the mysterious submarine, leaving Westerners to speculate.

The hull of the AS-31 is understood to be formed from roughly seven connected titanium spheres. The AS-31’s nickname, Losharik, relates to the sub’s unique, interconnected-spheres design; Losharik is a Russian animated film whose titular character is a toy horse built from small spheres.

The sub’s spherical design greatly increases its structural strength. And the AS-31 needs to be strong, because it was designed to dive deep. In 2012 the Russians reportedly tested the AS-31 to depths of 6,600 to 8,200 feet in the Arctic Ocean. That is deep. To put that depth in perspective, consider that the U.S. Navy’s Los Angeles-class submarine can handle a maximum depth of 3,000 feet – just over one-third of the AS-31’s maximum diving depth. Further boosting the AS-31’s strength is the titanium used to build the hull.

“While the extensive use of titanium in a submarine is both an engineering challenge as well as significantly more costly than a traditional steel hull design,” my 1945 colleague Caleb Larson wrote, “ the use of a lightweight and high-strength metal like titanium allows the Losharik to withstand intense water pressure at the seafloor and it is therefore integral to the submarine’s mission.”

The AS-31 is strong, but it is not large, displacing just 2,100 tons when submerged. By comparison the US Ohio-class displaces 18,750 tons and the Russian Belgorod displaces 17,000 tons. In fact, the AS-31 is small enough that a larger Russian sub, the Delta-III, can actually carry the AS-31.

Underwater Tragedy on the AS-31

Not much is known about how the Russian’s use the AS-31. But we can make some guesses.

“Speculated mission profiles include tapping into undersea telecommunications cables, used to realy internet traffic and other information,” Larson wrote. “Cables like these that stretch between continents on the seafloor are particularly vulnerable, as they are virtually unprotected – severing even a single of the multitude of underwater cables could throw internet traffic, bank transactions, or a variety of telecommunications haywire.”

In 2019, a fire broke out aboard the AS-31. The sub was underwater at the time, taking measurements of the sea floor in Russian territorial waters. The fire started around 8:30 p.m. while the submarine was 980 feet deep. Fourteen Russian sailors were killed after inhaling smoke and noxious fumes. The AS-31’s crew is estimated to number only 25 sailors. Curiously, seven of the deceased held the rank of first rank captain. When the Kursk submarine was lost with 118 crew members on board, only two held that rank. The unusually high concentration of captains aboard the AS-31 at the time of the fire suggests that the submarine was conducting a dangerous, important task.

The fire started with a large explosion in the submarine’s battery compartment. The AS-31 was designed to use silver-zinc batteries made in Ukraine, but as Russo-Ukrainian relations soured, the Ukrainian-made batteries were swapped out for Russia- made lithium-ion batteries. Whether the new batteries were responsible for the explosion is currently unknown. Russia has been quite secretive about the tragedy. America and Norway might have observed the incident, but if they did, they would have kept any information about it to themselves.

The AS-31 has been out of service since the fire. Repair work has commenced, however, and the sub should return to Russia’s fleet around 2025.