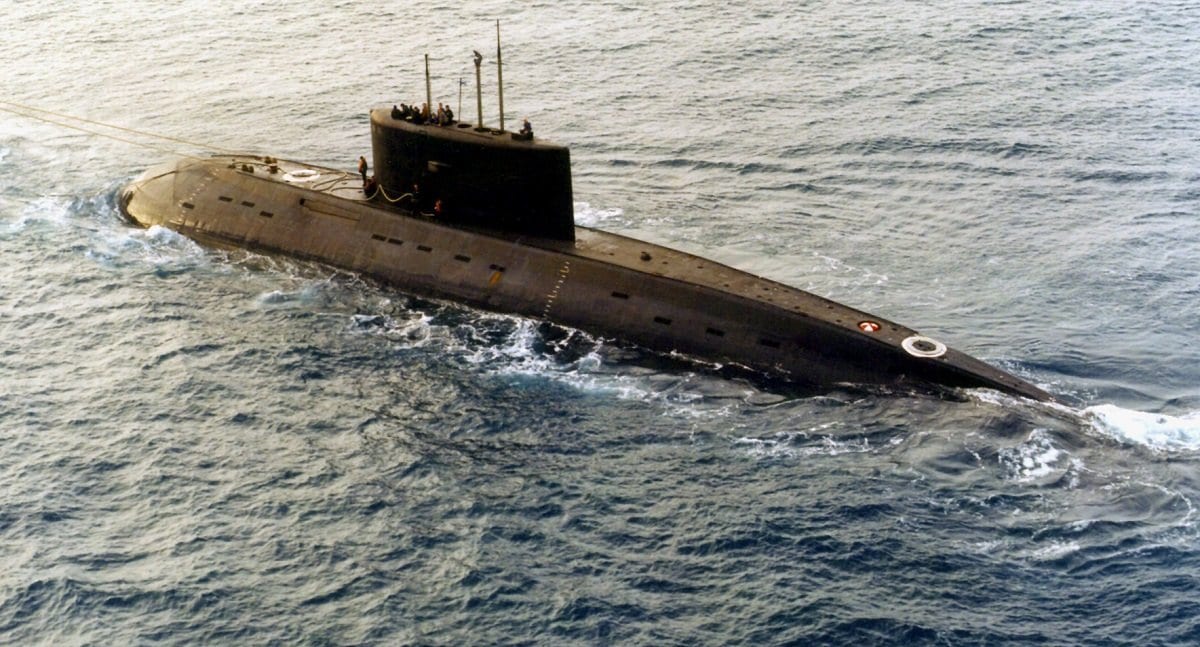 Russia’s Kilo-Class submarines are clearly not a new sub and have been around for decades and sold all over the world – even China and Iran have them. And yet, while they aren’t new, upgrades have kept them relevant and stealthy. No wonder the U.S. Navy unofficially referred to them as the ‘black hole’: The Kilo-class submarines – also known as Project 877 submarines – remain a mainstay of navies the world over. Developed in the 1980s in the former Soviet Union for anti-submarine and anti-surface warfare, the subs first served the navies of Warsaw Pact countries. Today, they have much greater reach. Russia has designed significant improvements to the original model, allowing it to churn out upgraded and surprisingly quiet diesel-powered submarines that are much smaller than the massive ballistic missile subs known as “boomers.”

Since the beginning of Project 877, Kilo-class subs have made two major improvements: Project 636 and Project 636.3. The latter has been the focus of much recent attention, as it is these subs that have moved into the Black Sea, presumably to support Russian operations against Ukraine. The vessels are powered by two diesel generators and an electric drive. They can cruise at 10 knots on the surface and 17 knots while submerged.

The subs have an estimated range of 6,000 to 7,500 nautical miles and an air regeneration system that allows them to stay submerged for almost two weeks. On top of their stealth capabilities (which earned them the nickname “Black Hole”), each vessel is equipped with Kalibr cruise missiles that can destroy targets in Ukraine or elsewhere. This combination of stealth and deadliness is what makes the new subs so dangerous.

For many it is confusing that a diesel-powered submarine is stealthy at all. In a fascinating engineering feat, designers placed the propulsion plant of the Project 636.3 submarines in an isolated rubber base, precluding contact with the hull. This prevents vibrations from the engine transmitting through the hull and into surrounding water – thus helping the subs avoid sonar detection.

The ship also features something referred to as an anechoic coating—essentially large rubber tiles sprinkled with air bubbles to deaden noise coming from within the submarine. This might be why some in the U.S. Navy refer to this submarine as a sort of “black hole”, a compliment to its stealthiness.

A Weapon the World Over

Although Russia is the only country operating the newer Kilo-class Project 636.3 subs, many operate past editions of this ship. Of the 24 Kilo-class boats operating with the Soviet Union at the end of the Cold War, 11 are still reportedly operated by Russia. Others have been sold to Poland and Romania, with an additional 10 sold to India. It is said that Iran operates three of these older vessels, with Algeria operating two more. On top of this, Project 636 submarines (different from Project 636.3) are in service with Algeria, Vietnam, and China.

In addition to their potential combat roles, the Project 636.3 submarines can also be used for reconnaissance and patrol missions. Importantly, they are able to detect enemy submarines at a range of roughly three to four times the distance they might be detected themselves.

Despite its origins in the Soviet Union, and despite its diesel-powered propulsion, the Kilo-class has remained perhaps a surprising mainstay of the Russian navy. Although the United States gave up on diesel propulsion over three decades ago, opting strictly for nuclear power, it appears diesel may still have a role to play in modern naval warfare.