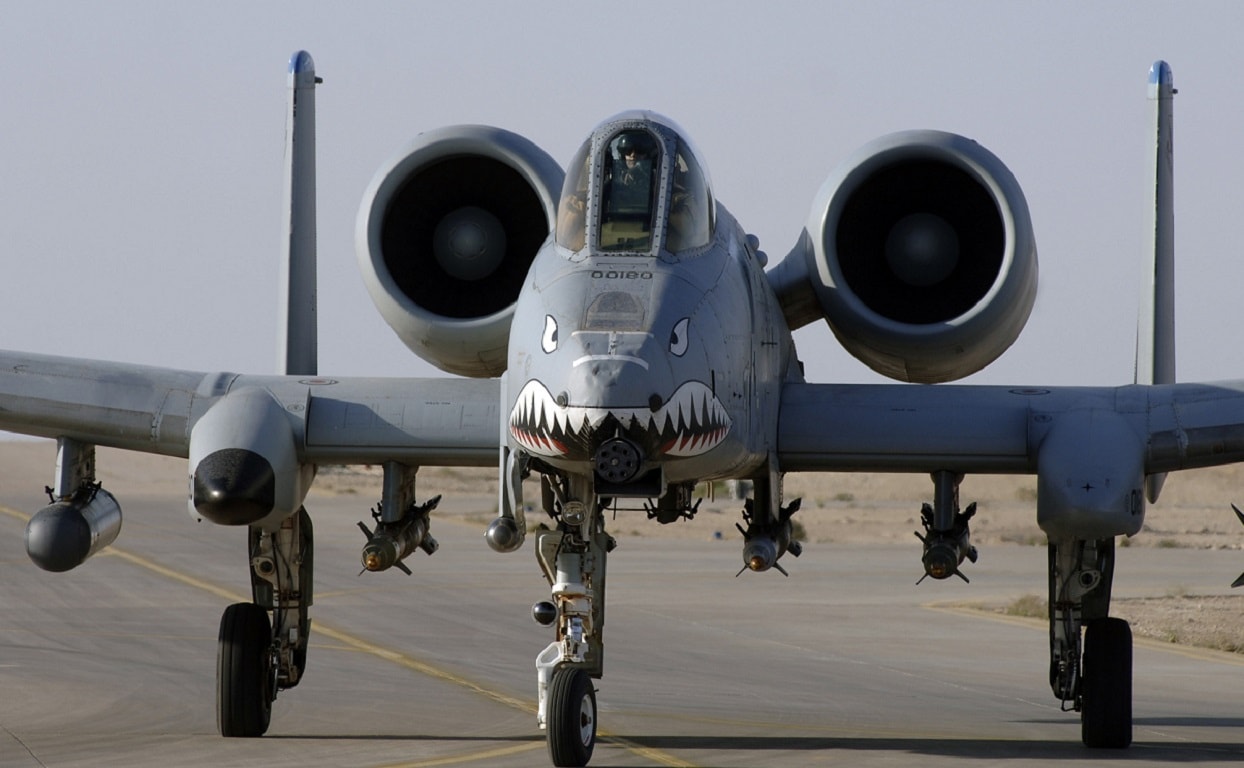 Just days after the Kremlin launched its unprovoked and unwarranted invasion of Ukraine, discussions circulated online on how just a handful of Fairchild Republic A-10 Thunderbolt II ground-attack aircraft could have destroyed the slow-moving Russian columns advancing on Kyiv. Armchair experts on Facebook and Reddit suggested the GAU-8 30mm cannons and AGM-65 Maverick missiles could have decimated the Russian ground forces.

“It’s not that easy,” an Air National Guard A-10C Thunderbolt II pilot told TheAviationist.com in March. “It has to be a pretty permissive environment for us to just roll in and do a gun run. That doesn’t happen much anymore.”

Yet, it is very much true that the A-10 was initially developed to offset the massive imbalance in the number of tanks that the Warsaw Pact had over NATO. Many military strategists expected a massive invasion of Soviet armor advancing through the Fulda Gap in Germany, and the A-10 was considered ideal to conduct low-level strikes to counter such an invasion. Even then, however, the heavily-armored A-10 wasn’t expected to survive endless runs against the Soviets.

The lack of survivability has only gotten worse as anti-defense systems have improved. In many ways, the A-10 Thunderbolt II, which first flew half a century ago in early 1972, has more in common with the Republic P-47 Thunderbolt than it does with the fifth-generation F-35 Lightning II, which can strike ground targets with total impunity from great distances using precision stand-off weapons.

That could explain why in March, just days after the invasion began, Air Force Secretary Frank Kendall dismissed out of hand any suggestions that the A-10 could head to Ukraine.

“I’m not aware of any current plan, or even any discussion of a current plan to field or provide A-10s to the Ukrainians,” Kendall said during a roundtable with reporters at the Air Force Association’s Air Warfare Symposium. The sentiment was echoed by Air Force Chief of Staff Gen. CQ Brown.

In the nearly five months of fighting, Russia has been unable to achieve air superiority, and its air defense systems have been largely considered underwhelming. Perhaps, those early assessments that the A-10 wouldn’t be up to the job were wrong. While the environment on the ground isn’t quite as “permissive” as some A-10 pilots would desire, it would seem that the Russian’s tactics have been pretty poor.

More than once, columns of Russian tanks have rolled up largely unprotected and come under attack from ground forces. Some would suggest it was a perfect opportunity for A-10s even in the 2020s.

And that fact could explain why this month, Kendall is singing a slightly different tune and wasn’t quite so quick to dismiss the idea of transferring A-10 “Warthogs” – the colorful moniker the jets have earned from the pilots who fly them – to Ukraine. At the same time, however, Kendall said that the A-10 “is not a system that we are going to need against the kinds of adversaries we’re concerned about most now.”

In March, Kendall and other officials laid out a plan that called for the U.S. Air Force to retire 150 aging aircraft, including 21 A-10 Warthogs that are currently in service with the Air National Guard. Moreover, the service had sought to cut 42 of the Cold War-era ground attack aircraft in its Fiscal Year 2022 (FY22) budget, but Congress ultimately blocked those retirements in the National Defense Authorization Act.

“While the A-10, from a point of view of delivering munitions, would be terrific for killing Russian tanks, etc., its survivability would be in question,” Kendall told reporters in March. “That’s one of the reasons that we need to move beyond the A-10, because we’re worried about high-end threats now.”

Ideal for the Donbas

In many ways, the A-10 could be well-suited to the current fighting in the Donbas region. The A-10 was designed to survive even after taking heavy damage and can operate from austere airfields. More importantly, the Ukrainian Air Force continues to operate the far less capable Su-25 (NATO reporting name “Frogfoots”), which suggests that slow-flying ground attack aircraft still have a place in the modern conflict.

The Fairchild A-10 Thunderbolt II was tailor-made for close-air support, and with its unique GAU-8/A Avenger 30mm (1.18-inch) cannon, it has proved to be among the most effective anti-tank aircraft ever devised. Earlier this year, the United States Air Force demonstrated how the aircraft, which has also earned the nickname “Warthog” among its pilots, is able to knock out modern tanks equipped with armor improvements.

The 30mm GAU-8/A cannon, which protrudes from the nose of the plane, can fire 3,900 bullets per minute. The development of the weapon dates back to the early 1970s when the United States Air Force issued a request for proposal (RFP) for a 30mm rapid-fire cannon that could be used with its A-X Close Air Support aircraft. General Electric developed a prototype, designated the GAU-8. In addition to the weapon, the government contract also called for the development of four types of ammunition that would be used with the cannon and these included Armor Piercing Incendiary, High Explosive Incendiary, Semi-Armor Piercing High Explosive, and Target Practice.

A Senior Editor for 1945, Peter Suciu is a Michigan-based writer who has contributed to more than four dozen magazines, newspapers, and websites. He regularly writes about military hardware, firearms history, cybersecurity and international affairs. Peter is also a Contributing Writer for Forbes. You can follow him on Twitter: @PeterSuciu.

In this article:A-10, A-10 Warthog, Air Support, Russia, Ukraine